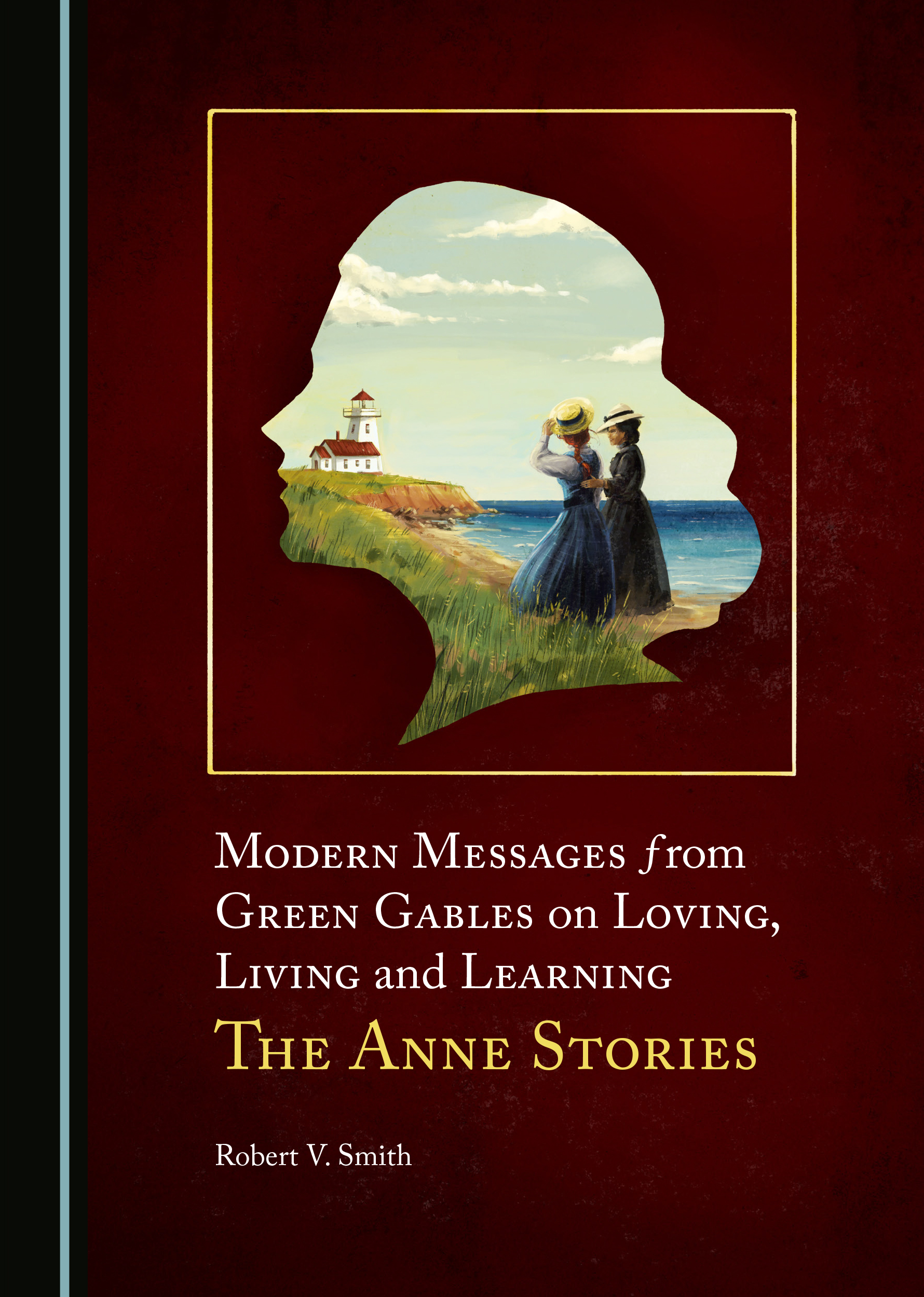 Throughout my professional life, I have been impressed by how many people have read and been inspired by the Anne of Green Gables novels. A significant sub-set of devotees have read all eight works! Some will exclaim: “I (or my children) love the Anne books!”

While the Anne stories have long been a source of joy and inspiration, I have encountered few readers who know very much about the biography of the Anne-author, Lucy Maud Montgomery (LMM), and her extraordinary intuition, brilliance, creativity, and productivity. Fewer still understand how LMM’s love of history helped her become ahead of her time as a feminist and advocate for women’s roles in society—as reflected in her writings and life story—both of which come together so intriguingly well in her creative works.

The above observations led to ideas for this book. Stated differently, consider the Anne books and the messages they portray—embodying reflections, experiences, and convictions of the author. Imagine how LMM’s life experiences (1874-1942) influenced “the life of Anne” (1865-1919) and consider how these real and imaginary lives may offer messages for 21st century global citizens—their loving, living, and lifelong learning.

Now, take it one step further. Imagine how Anne, revivified just over 100 years after leaving her literary existence in 1919, might think about her own life stories—fundamentally tied to loving. Imagine too, how revivified Anne and her physician husband Gilbert Blythe, might review the life, challenges, and triumphs of their creator, Lucy Maud Montgomery, and how LMM’s example might offer messages for us on living and learning. Anne and Gilbert know that LMM was a keen observer of others—akin to many of the characters in her books. She imaginatively captured the essence of the people around her—throughout her life, even though she wrote primarily about Prince Edward Island (PEI) while living in the smallest (PEI) and second largest (Ontario) provinces in Canada. She also brilliantly portrayed the bigotry, sexual repression, and small mindedness common in the times that her characters populated. We see in her works references to Catholics versus Protestants, Methodists versus Presbyterians, Christians versus agnostics, Blacks versus Whites, Canadians versus Americans, men versus women, and adults versus children, among others. The revivified Anne and Gilbert have used the present book to illuminate these matters in their assessments of LMM and her Anne writings.

In retrospect, it is fascinating to think about the great number of people who resonate immediately with the title, Anne of Green Gables. If they haven’t read the original book themselves, they may have a child or other close relative who has, or perhaps they have seen one of the several films produced based on the story of the orphan girl whose gifts of imagination, intuition, and spunk helped her overcome obstacles and find love and happiness in the world.

In many ways, the “Anne stories” may be seen as reflections of the extraordinary life and times of their author, Lucy Maud Montgomery. Somewhat akin to Anne, LMM was functionally an orphan, with a mother dying when she was only 21 months old and her father leaving her in the care of her maternal grandparents while he sought new vistas for jobs and personal fulfillment. LMM faced many challenges early on, especially with aging grandparents who were not thrilled by the prospects of raising an “unwanted child.”

LMM’s life in adolescence and beyond would be compounded by conflicted romances, bouts of depression and related maladies, difficulties with the births of her children and the raising of her two sons, and a long-term marriage fraught by emotional ambiguity, anxiety, and anguish brought on by a chronically depressed and otherwise psychologically challenged spouse. Stepping back, we can imagine how LMM might have responded to such challenges in life. She could have acted as though there was nothing she could do about her life and just let “fate take over.” Alternatively, as in the case of many women of her times, she could have completely submitted to her husband and let him direct what would likely have been, in LMM’s case, a more difficult and unfulfilling existence. Indeed, the record reveals that LMM’s husband, Ewan Macdonald, reacted at least one time to her struggles with depression by offering the awful advice that she give up her creative life as a remedy for her ill health.

Fortunately for humanity, LMM crafted an approach to life and its challenges by blending her creative talents with acquired strengths and steadfastness. Thus, we find in her resilience, an introspective orientation as manifest in her extensive journal writings, a love of reading across a broad expanse of topics and most especially in the humanities, goal-orientation, keen time management skills, and a commitment to, and cultivation of, creativity. Simultaneously, we see how LMM was able to integrate her talents, skills, and interests into a personality that had legendary attraction to people across the global socioeconomic spectrum. In other words, she embodied a combination of graciousness, intuition, and gravitas that supported all aspects of her creative and day-to-day life.

Some literary critics have characterized the Anne works as children’s literature. However, literature hallmarking the development of children is often as meaningful to adults as it may be for youngsters. Consider other examples, such as the works by Lewis Carroll (the Alice stories), L. Frank Baum (the Oz books), and Antoine de Saint-Exupéry (The Little Prince). Certainly, the Anne books, however they are characterized, charm children and adults alike.

While the books may have been of greater appeal to women historically, I believe that this work may spark interest among all genders and various gender-identity groups. Additionally, I hope that this work’s accessibility might reinvigorate interest in the Anne books and their author at least among some members of younger generations and perhaps citizens of generations to come. Moreover, I can envision this work serving as a platform for dialogs that may assist people of good will in loving, living, and learning throughout our modern lives—contributing positively to our global neighbors and the planet’s survival.

Robert V. "Bob" Smith has served as Senior Consultant for the Registry for College and University Presidents (https://www.registryinterim.com) since September 2017. During October 2013-January 2017, he served as Vice-President of CBT University Consulting (Sacramento, CA). Prior to this, he served as Provost and Senior Vice-President at Texas Tech University (2009-2013); Provost and Vice-Chancellor for Academic Affairs (2000-2008) and Interim Dean of the Honors College (2002-2005) at the University of Arkansas, Fayetteville; Vice-Provost for Research and Graduate Education and Dean of the Graduate School at the University of Connecticut (1997-2000); Vice- Provost for Research and Dean of the Graduate School (1987-1997) and Dean of the College of Pharmacy (1985-1986) at Washington State University; James E. Bauerle Professor and Director of the Drug Dynamics Institute, Professor and Associate Professor at the University of Texas at Austin (1974-1985); and Associate and Assistant Professor of Medicinal Chemistry at the University of Iowa (1968-1974). Smith has contributed over 335 articles and 15 books to the literature of chemistry, higher education, humanities and social sciences, pharmaceutical sciences, and personal and professional development.

Modern Messages from Green Gables on Loving, Living and Learning: The Anne Stories is available now in Hardback at a 25% discount. Enter PROMO25 at checkout to redeem. eBook and further sample pages available from Google Play.