Of Inclusions, Exclusions and Beyond 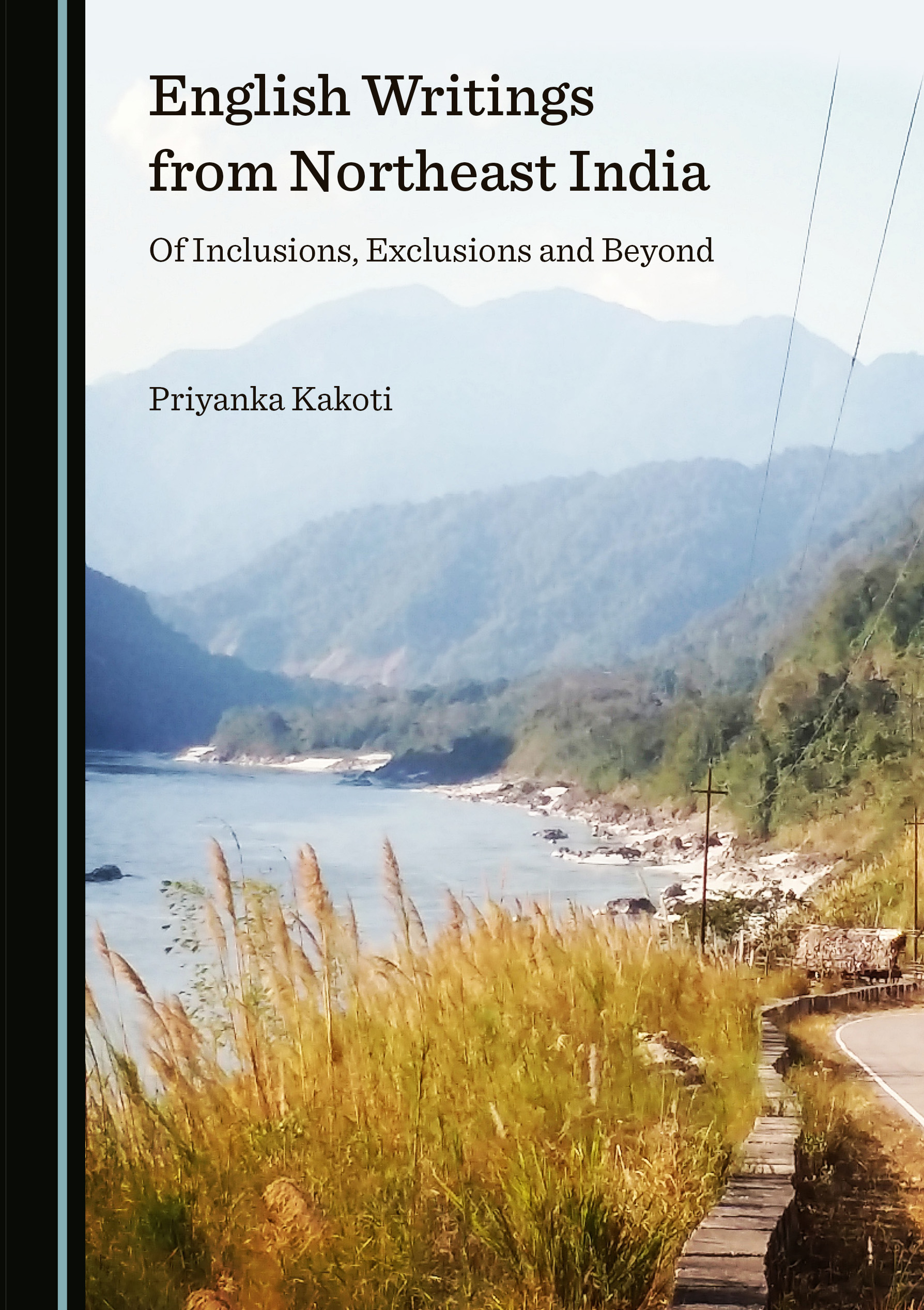 The term “Northeast India”, that is used to refer to the region lying to India's northeast direction, is too sweeping a term which homogenizes an essentially very diverse region. Like other directional place names, such as the Far East and the Middle East, the term “Northeast India” reflects an external and non-local point of view. Many scholars and locals object vociferously to this term as they are of the opinion that the eight states in this region are so diverse in culture, ethnicity, and physical contours that often people living in adjacent valleys do not understand each other’s tongue; hence, it is unjustified to lump all these disparate states together into a single terminology for political convenience. Unlike place names that evoke cultural or historical memory, the term “Northeast India” cannot easily become the emotional focus of a collective political project. The Northeast region of India comprises the states of Arunachal Pradesh, Assam, Manipur, Mizoram, Nagaland, Meghalaya, Tripura, and the latest entrant Sikkim.

Literature written in the English language from this region represents a sub-genre in itself, although it is of fairly recent origin. The author Mitra Phukan, in her article “Writing in English in India’s Northeast; Relevance, Importance and Place”, says that English obviously came into this region with the British colonizers, but it was not the British administration which was solely responsible for planting the seeds of this language in this area. The responsibility instead mostly falls upon Christian missionaries, who set up various schools and colleges in different parts of the region.

Most contemporary writers in English from this region were educated in these Christian missionary-run, English-medium schools. English being their first language, these writers find it convenient to express themselves in English, rather than their mother tongue. Though originating from different parts of the region, such authors were trained to write in a certain way and read similar books in their formative years in schools and colleges.

However, this does not mean that we should generalize all writers from this region who have chosen to write in English. It goes without saying that every tribe, caste, group, community of people living in this region, whether in the hills and valleys or in the plains, has a rich culture of its own rooted in its unique customs and traditions. All poets and authors from this region have their own individuality and distinctive vision, and each such writer shapes and structures the English language to serve their own purposes.

The new generation of inhabitants of Northeast India has accepted the prime position of English across the globe today, and it has been made the official language in most of the hill states. The old storytelling tradition, which is common to all the oral cultures of indigenous people in the region, has been creatively integrated into the works of the writers of the present generation who belong to such tribes but have chosen to write in English. These writers, by moving from the oral to the written, have attempted to give a permanence to the fluid narrations of oral literature. For writers like Mamang Dai from Arunachal Pradesh, it was indeed a radical step when she chose to write in English. In spite of the vast differences in tone, style, and themes, we find that there is a common thread running through Dai’s The Legends of the Pensam, Jahnavi Barua’s Rebirth, Mitra Phukan’s The Collector’s Wife, Temsüla Ao’s These Hills Called Home, and Aruni Kashyap’s The House with a Thousand Stories; the commonality being that each book is rooted in its own state. Although these are writers who have travelled far and wide, and spent their days in other countries, they overwhelmingly write about their own region, its rich culture, its turmoil, and the conflicts that it has witnessed.

Another reason which facilitates English writers from this region is the wide global readership which they enjoy when they write in a language that has an international reach. English, as a language, is a means of communication across the globe, and especially so in this region where there are multiple languages, often serving as a link language. In fact, contemporary writers from the Northeast who chose to write in English have formed the Northeast Writers’ Forum. Perhaps the formation of such a group itself indicates that these writers, while attempting to carve a space for themselves in mainstream Indian English writing, want to maintain their geographical and literary seclusion as well.

Chapter 1: The Problematics of Identity, Ethnicity, and Insurgency in the Northeast

In a conference organized by “Cultures of Peace” held in Assam in February 2014, Monalisa Changkija expressed her discomfiture about the obsession with conflict found in works written by people from Northeast India, as well as other mainstream Indian writers. She questioned whether we can emerge from such conflict and create a different outlook for both insiders and outsiders regarding the region. However, for journalists like Teresa Rehman and the writer Uddipana Goswami, conflict has been part and parcel of the daily lives of the people of the Northeast region, and hence it cannot be done away with in the literature produced from the region. Authors like Temsüla Ao, Dhruva Hazarika, and Aruni Kashyap give voice to the violent contours of the social and political reality of the region, showing that such violence cannot be neatly categorized into binaries. The first chapter of this book focuses on the issues of identity which emanate because of numerous reasons related to ethnic conflicts, violence, and problems of insurgency.

Chapter 2: Engaging with the Third Space: Migration, Belonging, and Alienation

The geopolitical location of India’s Northeast, its cultural affinities with Southeast Asian countries, and the setting up of the tea industry during the British colonial period have facilitated various migrations, both forced and chosen. This has often resulted in reconsidering the fixities of identification and an inevitable nexus between insiders and those defined as outsiders. Often, however, the insider-outsider identification is blurred. The idea of home and identity quotients like the “indigenous son of the soil” seem to be problematic in many writings from the Northeast. In this regard, one can take recourse to Homi Bhabha’s The Location of Culture, where he looks at the hybrid “Third Space” as an ambivalent site where cultural meaning and representation have no primordial unity or fixity. Despite the exposure of this third space to contradictions and ambiguities, it provides a spatial politics of inclusion rather than exclusion that initiates new signs of identity and innovative sites of collaboration and contestation. These are the contestations that the second chapter of the book looks into as evident in select English writings from Northeast India.

It is not just violence which is connected to various aspects of gender in writing from the region, but also various folklores, prevalent traditions, matrilineal societies in some communities, the intricacies of sexuality, and gender stereotyping in day-to-day life experiences. The amount of women from the region writing in English makes an analysis of such issues particularly pertinent. The third chapter of the book explores women’s “condition”, and considers differences in representations of women in texts written by men and women.

Class stratification in Assam originated during the colonial period with the booming of the tea industry. In present times, however, it cannot be ignored that many authors from the Northeast who write in English belong to well-off, middle-class families. Perhaps the position of the author is one of the factors that make the study of class issues significant in the study of English writings from Northeast India.

The literary exercises of authors from Northeast India writing in English are not just attempts at writing back to the mainstream from the margins, but are also a means of writing into the consciousness of a nation.

Dr Priyanka Kakoti is an Assistant Professor in the Department of English of DCB Girls’ College, Jorhat, Assam, India. She received her doctorate from Dibrugarh University, India, and her major areas of interest include writings in English from India’s Northeast, South Asian literature and women’s writing.

English Writings from Northeast India: Of Inclusions, Exclusions and Beyond is available now in Hardback at a 25% discount. Enter the code PROMO25 at checkout to redeem. eBook available via Google Play.