Aboriginal People and Australian Football in the Nineteenth Century

They Did Not Come from Nowhere

In this edition of Book in Focus, historian Roy Hay introduces the complex history of indigenous participation in football in Australia, and which forms the basis of his fascinating monograph, Aboriginal People and Australian Football in the Nineteenth Century: They Did Not Come from Nowhere.

Probably a lifetime’s preparation went into this book. It may have begun before I was born. My paternal grandfather, Jimmy Hay, was a professional footballer, perhaps the first Protestant captain of Glasgow Celtic during its domination of Scottish football in the decade before the First World War. My father won a Scottish Schoolboys Cup medal, but the talent skipped my generation. However, I probably got more fun out of the game as an amateur player, coach, manager, journalist and historian. Along with Bill Murray, another Scot and a historian of the Old Firm in Glasgow and author of two books on world football, I wrote the standard history of soccer in Australia. However, I had also been interested in the domestic code of football in Australia almost upon my arrival there to teach at Deakin University in 1977. 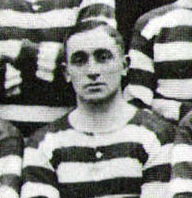 There was a rumbling debate about how and why the Australian game of football began precociously early in the middle of the nineteenth century. The idea that it was borrowed from the games played in the public schools in England was not happily accepted by Australian nationalists so the search for origins took in the possibility of Irish influences, which were quickly discounted. In 1983, Jim Poulter suggested that there was a link to Indigenous games, especially marngrook, where a possum-skin ball was kicked high in the air and players jumped to catch it as it came down. The conduit for this was Thomas Wentworth Wills, who grew up among Aboriginal children in western Victoria and then went to Rugby School in England. However, there is no credible evidence in Wills’ voluminous writing or the ideas he introduced to the game to suggest an Indigenous antecedent. That left a puzzle for historians. Why do Indigenous people today believe that they have a strong connection to the game, where they are actually over-represented relative to their share of the national population?

My book offers an alternative, evidence-based account of Indigenous involvement in football at the local level, beginning in the mid-nineteenth century within a few years of invasion by the British colonisers and the destruction of Indigenous life that followed. Indigenous youngsters saw the white men playing their game and forced their way into it at the local level from the missions and stations to which they were confined around the periphery of Victoria. They began as individuals playing for white teams, but then formed teams of their own and won local leagues and, on the few occasions they were allowed to do so, gave their opponents a run for their money. At the top level, they were prevented from taking part by the governors of the game. 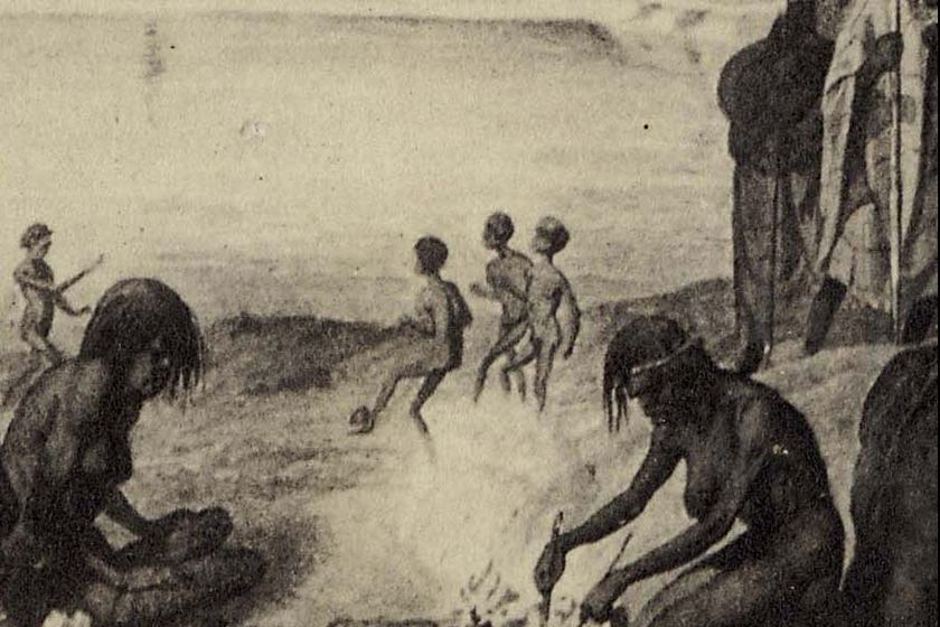 The digitisation of nineteenth-century newspapers by the National Library of Australia provides the evidence in their sports pages of the involvement of Indigenous people at a time when otherwise they were treated with contempt or completely ignored. I describe this Indigenous response as a triumph of the human spirit. Though my book concentrates heavily on football, there is also material on Indigenous involvement in cricket and in individual sports such as athletics, known as pedestrianism in those days, and boxing. In a series of biographical stories, the long-run connections of families of Indigenous players to the game right down to the present day are outlined. My hope is that Indigenous people will take up the story I have told and retell it in the future from their own unique perspective.

Since the appearance of this book, I have published a biography of Poorne Yarriworri, better known as Albert ‘Pompey’ Austin, the only Indigenous person to play football at the top level in Victoria in the nineteenth century. He was a sporting all-rounder and a multi-talented contributor to Australian social and cultural life.

Roy Hay was educated at Glasgow University and Balliol College, Oxford. He came to Deakin University, Australia, in 1977, after teaching at the universities of East Anglia, Glasgow and the Open University, UK, and is an Honorary Fellow at Deakin University. His early publications were in economic, social and oral history, and, while contributing to 25 different courses at Deakin University in 25 years, he became a part-time journalist with the Geelong Advertiser, covering association football (soccer) from the Under-9s to the National League, the Socceroos and the Matildas. The unrivalled access this gave him to the local game led to a string of academic articles and a series of books, including the standard history of the game, A History of Football in Australia, with Bill Murray, two edited collections and several shorter works. He has always been interested in the contribution of Australia’s Indigenous people to the football codes.

Aboriginal People and Australian Football in the Nineteenth Century: They Did Not Come from Nowhere is available now in Hardback and Paperback formats. Enter the code PROMO25 at the checkout for a 25% discount. To access a free 30 page sample from the text, please click here.

If you are interested in this topic and would like to learn more, you can visit the Sports and Editorial Services Australia website. Set up in 2000, the site provides high-quality research, editing and publishing facilities for individuals and organisations in Australia and throughout the world.