Home / Buy A Book / Social Sciences / Aboriginal People and Australian Football in the Nineteenth Century: They Did Not Come from Nowhere

Aboriginal People and Australian Football in the Nineteenth Century: They Did Not Come from Nowhere 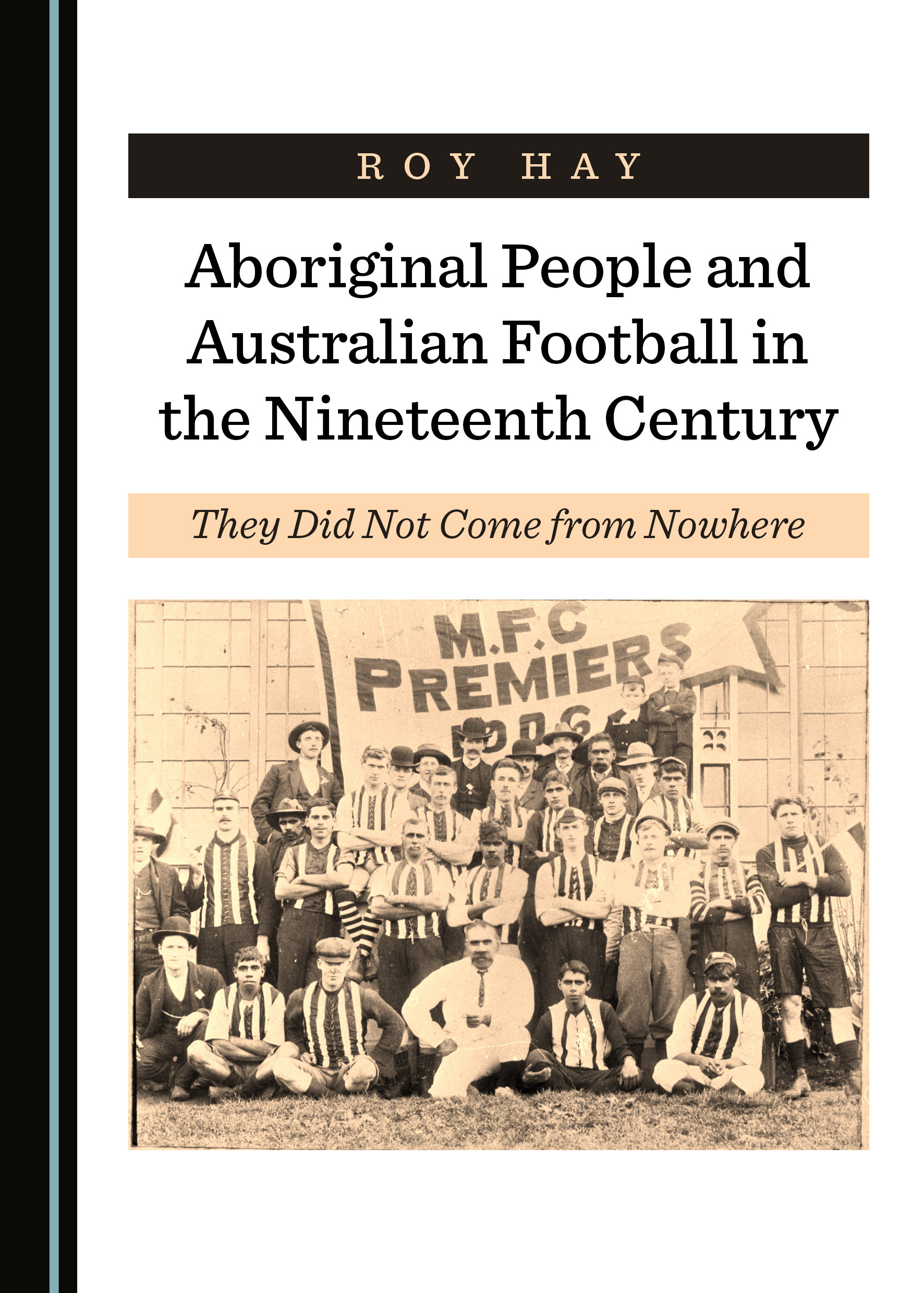 This book will revolutionise the history of Indigenous involvement in Australian football in the second half of the nineteenth century. It collects new evidence to show how Aboriginal people saw the cricket and football played by those who had taken their land and resources and forced their way into them in the missions and stations around the peripheries of Victoria, South Australia and Western Australia. They learned the game and brought their own skills to it, eventually winning local leagues and earning the respect of their contemporaries. They were prevented from reaching higher levels by the gatekeepers of the domestic game until late in the twentieth century. Their successors did not come from nowhere.

Roy Hay was educated at Glasgow University and Balliol College, Oxford. He came to Deakin University, Australia, in 1977, after teaching at the universities of East Anglia, Glasgow and the Open University, UK, and is an Honorary Fellow at Deakin University. His early publications were in economic, social and oral history, and, while contributing to 25 different courses at Deakin University in 25 years, he became a part-time journalist with the Geelong Advertiser, covering association football (soccer) from the Under-9s to the National League, the Socceroos and the Matildas. The unrivalled access this gave him to the local game led to a string of academic articles and a series of books, including the standard history of the game, A History of Football in Australia, with Bill Murray, two edited collections and several shorter works. He has always been interested in the contribution of Australia’s Indigenous people to the football codes.

“Roy Hay’s book is an attempt to document and record Aboriginal involvement in the game in the nineteenth century. Despite the ever-growing literature about Australian football this is the first methodical attempt to trace the involvement of Aboriginal people with the game. […] This is highly recommended for academic and general readers with an interest in Indigenous and sports history—that is, Australian history.”
Peter Burke
Victorian Historical Journal, 90:2, December 2019

“In Aboriginal People and Australian Football in the Nineteenth Century Roy Hay demolishes what he describes as the myth of Australian Football being based on this Aboriginal game. […]. The extent of Hay’s research is most impressive. Not only the extensive material he has extracted from Trove, but also a reading of a wide variety of other primary and secondary sources. He has also included 62 photos of various persons, teams and places which enhances the overall quality of his presentation. Roy Hay’s major contribution is his focus on Aboriginal agency; how different generations of Aboriginal peoples found in Australian Football a way to make their own history in circumstances not of their choosing. Such agency presumably occurred in other sports – the 1868 Aboriginal cricket team that toured England (some of whom also played Australian Football), athletics (pedestrianism) and later Rugby League – the arts and other walks of life.”
Braham Dabscheck
Melbourne Law School, University of Melbourne; The Footy Almanac

“This is a vitally important book of Australian sports history. It deserves to be read by a wide audience and by Aboriginal people in particular, among whom it is hoped historians will emerge to explore a vast range of stories in local communities.”
Bernard Whimpress
The Newtown Review of Books, 2019

“Perhaps the greatest general interest will focus on the last section of the book, on the possible contribution of Aboriginal games such as marngrook to Australian Football. Hay’s summary of the debate is judicious. He draws well on the work of Tony Collins and others who are critical of ‘origin’ stories. With them, Hay emphasises the uneven development of the game over time, drawing both on a variety of prior matches, and on experiences as the game developed. Rather than trying to find whether white men appropriated aspects of indigenous games, it is more productive to follow Hay’s suggested approach, emphasising how Indigenous people responded to the developing game. As Hay notes, his ground-breaking efforts set the scene for more research […] A remarkable tale, indeed. And Roy Hay tells it well.”
Tony Ward
Sporting Traditions, 2019, Vol. 36(1)

“Roy Hay carefully documents the growth of football at Coranderrk and the close relationships with the surrounding teams of Healesville, Yarra Glen and Lilydale, merger attempts, development of their own uniforms, etc. Most of the aboriginal players [are] named, making it a valuable book to add to any local history bookshelf. One of the most fascinating sections of the book is the life stories of various early players and their roles in developing the game. [These] players included Robert Wandin, Thomas Dunolly, Dick Rowan and Teddy McDougall. Roy Hay is no stranger to sports history…”
Sue Thompson
Now and Then, Issue 2, May 2019, p. 4

“This is largely an accessible academic text, delving into the popular culture of Australian Rules. There is, Roy Hay says, a “powerful myth” that Indigenous games influenced “the origins and development” of Australian football.”
The Age, 1 June 2019

“Sports historian from Melbourne Roy Hay’s new book, Aboriginal People and Australian Football in the Nineteenth Century: They Did Not Come from Nowhere, collects evidence to show how in the mid-1800s First Peoples in regional Victoria, SA and WA (the three mainland Aussie Rules states) on Missions and stations learned the game and brought their own skills to it. […] Despite the injection of exciting new skills into the game, First Peoples' top players found it near impossible to play at the top level. […] Like in most areas of society, Roy Hay displays to the reader of his brilliant book stories to be told about attempts to deny First Peoples equal opportunity and stories to be told about their skills and knowledge not only about football, but their contribution to local communities. His book is well worth a read as football fans among us marvel at the brilliance of modern day First Peoples players in many sports.”
Vanguard, August, 2020