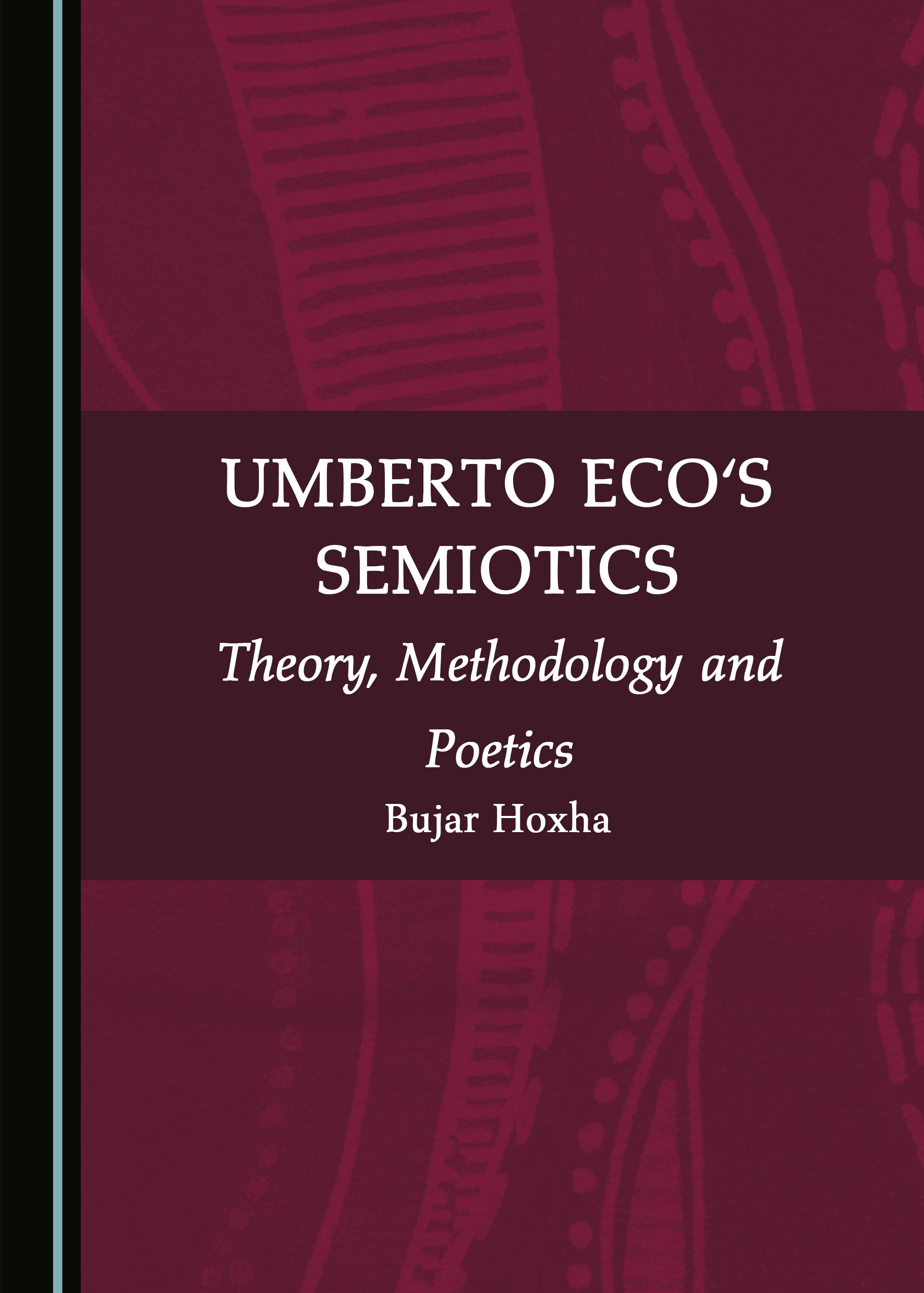 The first chapter focuses on the main points of the historical development of “language-based” semiotics (otherwise named “structuralism”). Its goal is to develop a semiotic meta-theory of the influences on Eco’s work. Specifically speaking, the narration process is elaborated on and described in detail, starting from theoreticians such as A. J. Greimas. The author draws the reader’s attention to the “time” component as a philosophical or linguistic category in order to demonstrate the durability of time and the continuity of events in artistic creativities. Not only can “time” represent a powerful tool in such an event, but it may be a way of explaining how authors, creators, and performers create their artworks. It means that other sorts of art, including real-life events, can be an object of the narration process, in addition to literature.

The author uses examples of theatrical and operatic creations to demonstrate that semiotics (especially in the way foreseen by some of Eco’s academic books) is a method that decomposes metaphors, establishes relations with the audience, and gives a clear-cut view of the process of interpretation of meaning. This part of the study concentrates on the “imperfect tense” in narration (as designated by Eco), exemplifying works by Shakespeare and Verdi. The reason for this is simple: if we narrate something that belongs to the past and is continuing, the authors are foreseeing the near future of the following events to happen. In contrast to “real physical time”, with which we live, in artistic realities, one can encounter many imagined times due to imaginative human power. According to the author, this last assertion makes all sorts of art rely on this essential factor as one of the techniques to render a work unique and artistic.

This and other mentioned issues in the book, theoretically speaking, represent an integral part of the semiotic method. The book also aims, as is evident by now, to demonstrate the omnipresence of the narrating act, either in natural or semiotic circumstances.

By elaborating Eco’s examples as well, especially in his Six Walks in the Fictional Woods (1994), the author intends to disclose how time as a linguistic entity can become the subject matter of semiotic discourse, thus disclosing the moment when art, in general, is being created. This is shown through the tendency of authors (exemplifying various works of art) by semiotic methods: the book explores how authors make their art “delay” (as Eco also expresses himself), so that an artwork may possess what one names aesthetics today. Examples are taken from world literature, theatrical plays, and music, among others. Because of this and other mentioned matters in the book, Umberto Eco is designated a semiotician of arts.

The next chapter, however, instead of providing a historical outlook on the development of the semiotic method, as well as practical explications of the narration process, focuses on the textual strategies as seen in Eco’s The Role of the Reader: Explorations in the Semiotics of the Text (1984). It begins by explaining “classical text theories” like those of R. Barthes, before later concentrating on Eco’s semiotic comprehension of the text. It pays particularly close attention to the differences between the “Model” and “Empiric” Reader in Eco’s terms to elaborate on Peirce’s influence on Eco’s intellectual work. The chapter also provides a clear-cut distinction between text theories and the narrative processes in the narrowest sense of the word, thus attempting to obtain a theory of interpreting artistic texts.

Chapter Three is dedicated to what one may call “semiotics proper”. After explicating segments of this interdisciplinary field, it scientifically argues some segments of the appearance either of the communication processes as such or, later, the “sign” as one of the fundamental semiotic notions. This is so because Eco himself defines the sign based on encoding and decoding processes. Therefore, the aim of this chapter is twofold: to discuss important matters regarding one of Eco’s most important theoretical works (A Theory of Semiotics, 1976), and to argue Eco’s debt to Peirce. In addition to the structural approach to semiotics, Eco’s contribution also relies on Peirce’s findings on the semiotic method. The chapter ends by explicating the “message” notion from the semiotic viewpoint, either understood in semiotic circumstances or frames of various artistic expressivities. As much as the mentioned components contribute to interpretative semiotics, they are integral to what one calls “poetics” today.

The last chapter of the book is intended to exemplify theoretical matters for the sake of rendering the poetics of an “open work” a semiotic meta-theory. Since the book explicates many of semiotics’ sub-branches, such as the code theory, semiology, and interpretation, its concluding chapter concentrates on exemplifying what exactly modern poetics is. Therefore, many examples are taken from literature, theatre, music, and opera, among others.

Umberto Eco’s contribution to the field in general (as far as this book is concerned) anticipates later developmental stages in semiotics: the interpretative level, the “subject” notion of it, and the freedom and liberty of readers and writers to interpret unique artistic expressions.

“In this publication, Dr Hoxha covers key works from Umberto Eco’s oeuvre, which he uses to build a theory of engaging texts using poetics as a method. The publication goes into considerable depth about many topics concerning Eco’s ideas. The extensive coverage of encoding and decoding of messages is particularly prominent and features in various chapters in this book. Dr Hoxha elegantly weaves between semiotic, aesthetics and linguistic theory to describe the complex interplay between the reader and author. For readers who are not too familiar with Umberto Eco’s work around linguistics or semiotics, the book provides a good introduction to many different topics. It is accessible to read and doesn’t require excessive prior subject-specific knowledge to engage with. In addition to Umberto Eco, this book covers a wide range of theories from other contemporaneous poetic and semiotic theorists, including Tzvetan Todorov, Ferdinand de Saussure, Roland Barthes, Algirdas Julien Greimas and other structuralist thinkers. The publication will be helpful for the general reader or students to learn more about these theorists and their works, as well as specialists looking to deepen their specific knowledge about poetics.”
Dr John Tredinnick-Rowe
Research Fellow, Faculty of Medicine and Dentistry, University of Plymouth

“In this closely argued and densely packed volume, Hoxha places Umberto Eco’s highly original thinking about semiotics in relation to the work of earlier semioticians and linguistic philosophers. He does so by a tri-partite discussion of Eco’s theories of how minds respond to verbal and non-verbal signs, his methodology, particularly his interdisciplinarity, and his ideas in regard to the vast, idiosyncratic interpretive matrices of culture and learning that readers, and viewers bring to verbal texts and physical works of art. These three approaches, the “Theory, Methodology, and Poetics” of his subtitle form a closely related and mutually informative context for considering Eco’s creative and theoretical writings. […] Hoxha’s achievement has been to trace the origins and development of Eco’s thinking and writing to the point where it has become a standard element of responding to and writing about engagement with the arts as a form of intense reader response.”
Carolyn P. Collette
Professor Emerita of English Language and Literature, Mount Holyoke College, USA

Dr Bujar Hoxha is a Full Professor of Communication Sciences at the South-East European University, North Macedonia. His main scientific interests are structural semiotics, semiotics of passions, semiotics of disabilities, and existential semiotics. He received his PhD from the University of Skopje in 2008 on the semiotics of Umberto Eco. He is the author of two novels, in addition to several journal articles, including “Semiotics of Precision and Imprecision” (2016), “Multilingualism and Sameness vs. Otherness in a Semiotic Context” (2018), and “On the Applicability of the Semiotics of Passions in Images” in Humanities Bulletin (2018).

Umberto Eco’s Semiotics: Theory, Methodology and Poetics is available now in Hardback at a 25% discount. Enter code PROMO25 at checkout to redeem.