The Serendipitous Evolution of the Balfour Declaration of November 2, 1917 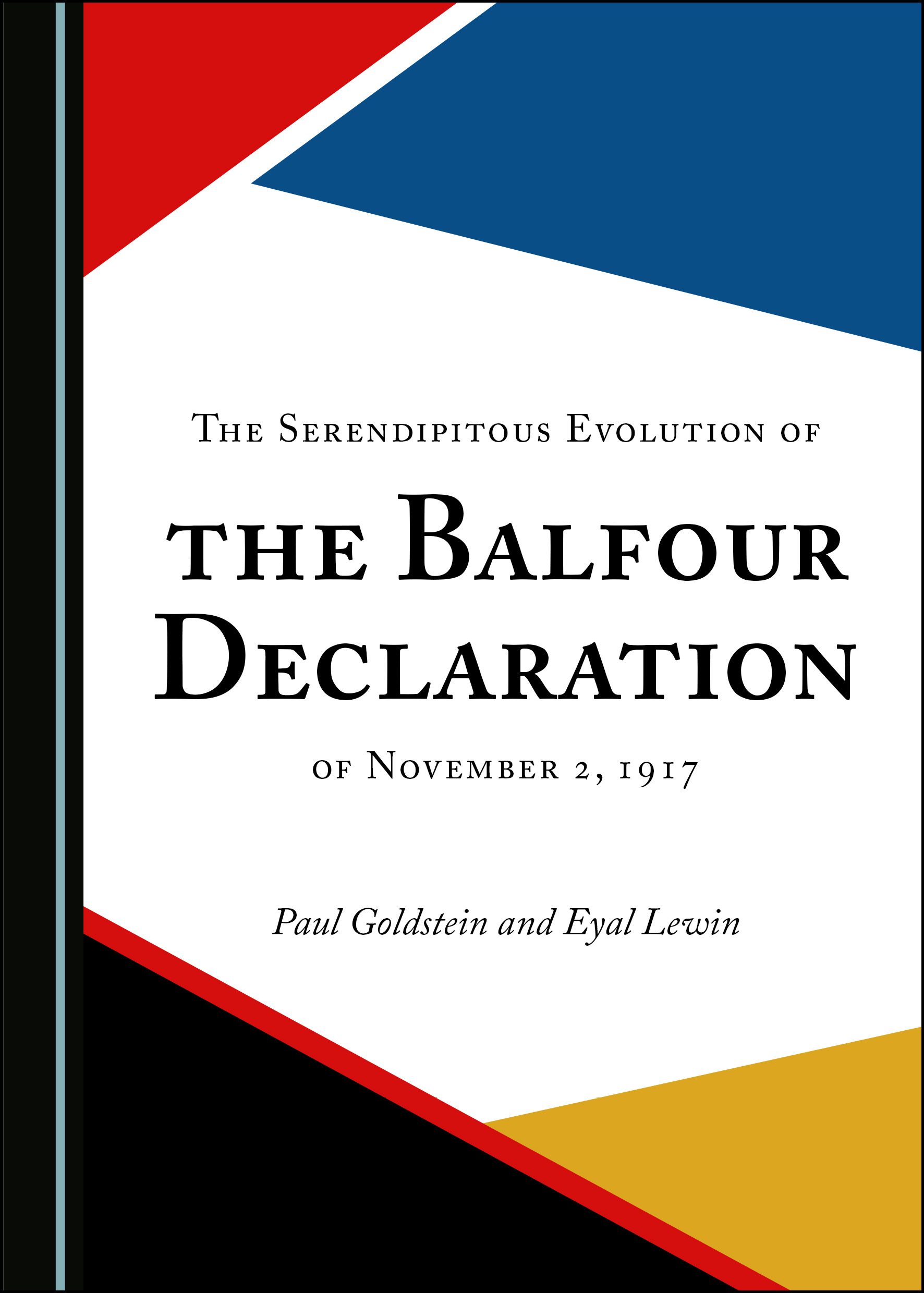 The seed that grew into this book was planted almost 81 years ago. On May 10, 1940, Nazi Germany invaded the country of my birth, Belgium. I was seven years-old. Unbeknownst to me, it was also the date of my death sentence, as well as my family’s and that of the entire Jewish population in Belgium and the rest of Europe. While I clearly remember the life-altering changes that happened to me between 1940 and 1945, I had no idea as to their cause and meaning. It is only after the war, when, as an adult, I started asking questions, that I began to understand. I learned that it had been the Nazis’ intent to destroy the entire Jewish people and that it was only the timeline of World War II that did not allow them to complete their objective.

That I was one of the few survivors of the most destructive episode in the history of my people, bestowed on me opportunities and responsibilities. I became part of that gossamer thread of life that links the lost generation of the Holocaust with the reborn nation of Israel. I felt that I owed it to the millions who perished to devote all the energy and resources I could muster to help ensure that their precious memories are preserved for all time. In the final analysis, I was strongly motivated by the martyrdom of the Jewish people in the Diaspora, before, during, and after the period covered in this book.

As a Holocaust survivor who immigrated to Canada from Belgium, I have spent a lifetime trying to understand how such a horrendous catastrophe could happen in a so-called civilized world.  The overriding impetus that cemented my determination to pursue the exploration of this seminal episode in the history of the Jewish people was the responsibility that my own survival bestowed on me to help ensure that the story be known and never forgotten.

One of the most burning questions I have been asking throughout the years was how it came about that, after almost 2000 years of oppression, persecution, and impotent ghetto life, there has arisen, like a phoenix out of the ashes of history, a small sovereign state of Israel, where Jews can live in freedom without fear of being persecuted by their own government, for who they are.

My concomitant question was why this tiny state, which had come about at such an enormous cost, has been, to this day, subject to so much hostility and existential threats.

My seven-year-long academic search for answers led me to discover that the Balfour Declaration was one of the most important events in the history of the Jewish people prior to the Holocaust. Not only did it signal the beginning of a new era of self-determination in the reconstituted Jewish homeland after nearly 2000 years of life in exile, it also played a seminal role in the process that shaped the facts on the ground in the Middle East today.

During my research, I found that the existing literature provided only episodic fragments of the subject matter and were often tainted by hindsight-driven subjective biases. As I state in the book’s preface, by limiting their research to specific aspects episodic timeframes, the various authors did not provide an overall explanation of the processes that led to the proclamation of the Balfour Declaration. Consequently, the focus of my study moved to seek information in primary sources which included archives, diaries, autobiographies, and first-hand accounts.

As outlined in the preface to my book, by methodically tracking the stages that transformed the Jewish ethos from the amorphous stage of social and political impotence in the oppressive world of the Diaspora to the politically dynamic pursuit of the return to sovereign nationhood in the ancestral homeland, I identified three major developments that fuelled this arduous journey, which are mostly wanting in the existing literature. Without the development of these crucial independent variables, there would have been no political Jewish representation for the British government to engage with as part of its World War I strategy in the Middle East. There also would not have been a Balfour Declaration, and the state of Israel would never have come into being.

Without knowing and understanding the past, it is impossible to comprehend and deal with the present. This book makes a significant contribution to both these essential requirements. I believe that it belongs on the bookshelves of every institution of higher learning and that it will be welcomed by anyone interested in an unbiased account of the path that led to the situation in the Middle East today.

Paul Goldstein is a Holocaust survivor who immigrated to Canada from Belgium. After years of employment in the manufacturing industry where he rose to the top of one of the major packaging companies in Montréal, he became totally engrossed in combating the resurgence of neo-Nazi movements in Canada and in the world. Later, he embarked on what turned out to be a successful and distinguished 50-year financial planning career. He obtained his Master’s degree in Political Science from the University of Toronto and received his PhD from Ariel University, Israel.

Dr Goldstein was recently interviewed by The Times of Israel to further discuss the book, as well as the events in his life that helped to shape it. You can read the article here.

The Serendipitous Evolution of the Balfour Declaration of November 2, 1917 is available now in Hardback at a 25% discount. Enter the code PROMO25 to redeem.