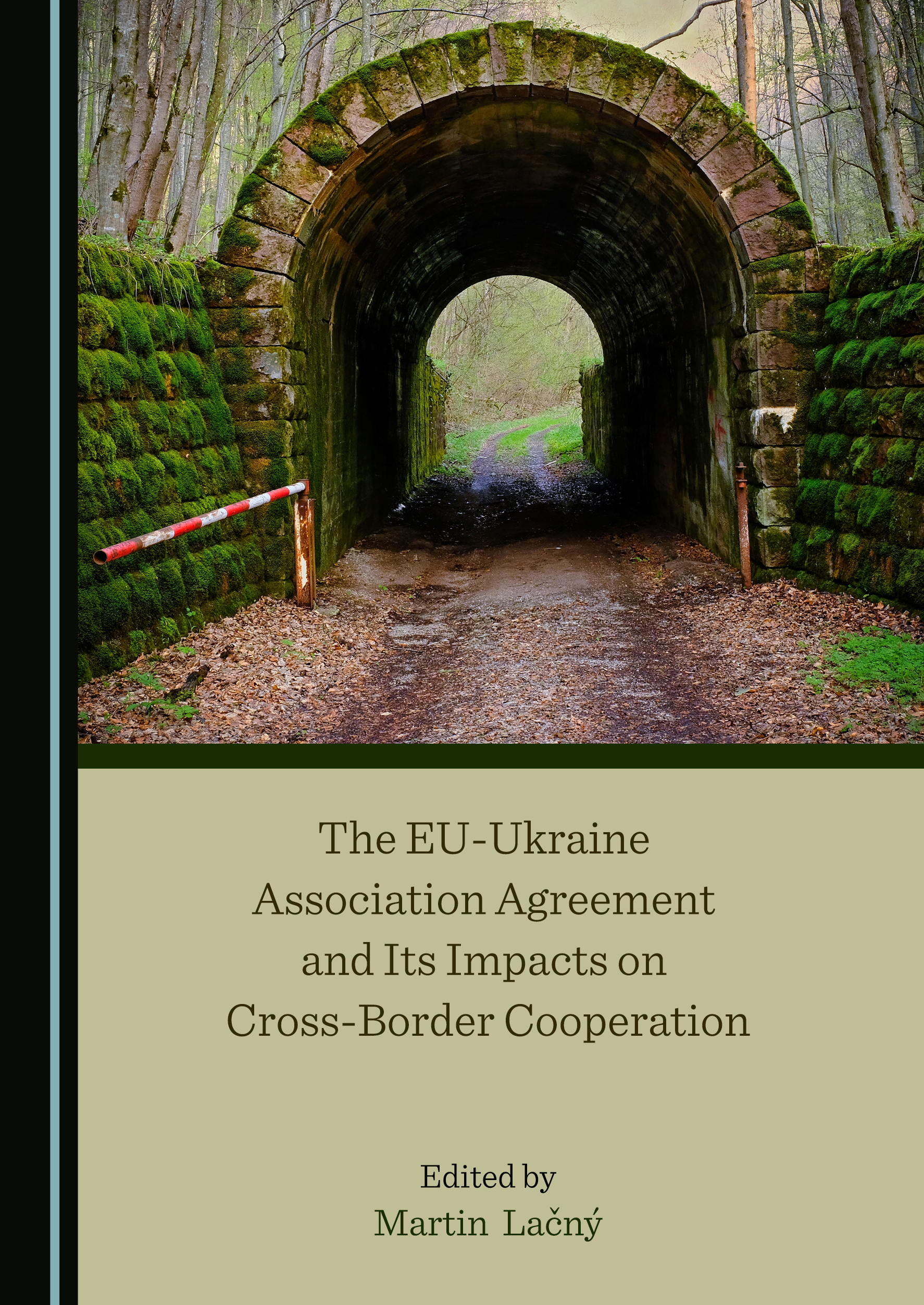 Why this Book Has Been Written:

The implementation of the Association Agreement (AA), including the Deep and Comprehensive Free Trade Area (DCFTA), between the EU and Ukraine has brought about a qualitatively new situation in the development of border regions and regional societies on both sides of the Schengen border. Thus, a comparative study of the impacts of the AA/DCFTA on borderlands in Ukraine, Poland, Slovakia, Hungary, and Romania would handle the identification of new opportunities for cross-border cooperation (CBC) and to work out policy considerations for its further development.

Within the outlined context, this volume brings together chapters authored by political scientists, sociologists, economists, lawyers, and political geographers from Ukraine and all its neighbour countries behind the Schengen border: Poland, Slovakia, Hungary, and Romania. It outlines key topics that need to be addressed when examining this issue. Namely, apart from the determinants and trends of Ukraine’s participation in cross-border cooperation, the book includes a variety of case studies from the Slovak, Polish, Romanian, and Hungarian borderlands. The authors examine the relations of the EU, Ukraine, and its neighbouring EU countries as exogenous factors creating opportunities or, on the contrary, obstacles for further development of cooperation at the EU-Ukraine border. From this perspective, they analyse the development of the institutional framework, as well as perceptions, preferences, and policies of CBC actors.

A Brief Description of the Theoretical Framework of the Book:

Cross-border cooperation has been subject to political science research particularly since the 1980s. More recently, special attention has been paid to the study of state borders and their influence on the regional and local communities living on both sides. The border has ceased to be studied within the traditional context of international law as a legal demarcation line between two sovereign states or merely in the context of international relations, geopolitics, and security studies as a cause of territorial conflicts between states. A new field of study has been established in political science, namely border studies, aiming to study not only the dividing functions (exclusion), but also the unifying functions (inclusion) of the border for regional and local communities living on both sides. The topics of this research include “processes of bordering”, which are based on the interactive processes of exclusion and inclusion related to regional and local cross-border communities (the multifunctional nature of borders) from the viewpoint of identity formation, including ideas of social, economic, and political life. While the traditional study of borders in political science focuses on factors determining the behaviour and decision-making of actors at the national level (such as the governments of the countries sharing a border), border studies draw attention to the factors determining the behaviour and decision-making of regional and local actors that represent communities on both sides of the border, including their motivation to develop cross-border cooperation, as well as conflicts based on political and economic factors or factors related to identity and culture. Border studies of regional and local actors as “new actors” of international relations provide a significant contribution to the development of functionalism and neo-functionalism in the theory of international relations. At the same time, the methodology of research and findings that have been highlighted by border studies over the last 30 years have a significant impact on our knowledge and on the practical development of cross-border cooperation.

The Context of Recent Research Projects:

The most comprehensive and methodologically fundamental research into cross-border cooperation at the external border of the EU was conducted within the project entitled “Lines of Exclusion as Arenas of Cooperation: Reconfiguring the External Boundaries of Europe—Policies, Practices, Perceptions” (EXLINEA), which was coordinated by the Free University of Berlin, Germany. The project focused on studying the impact of various EU policies, as well as policies of the new member states on the development of cross-border cooperation on the external border of the EU, including the transformation processes at the local level in the borderlands and the behaviour of CBC actors. The research was applied in six different case studies: the borders between Finland and Russia, Estonia and Russia, Poland and Ukraine, Hungary and Ukraine, and Romania and Moldova, as well as the northern border of Greece.

Several authors of this book (Alexander Duleba, Martin Lačný, Anna Polačková, Nataliya Maradyk, Gabriel Székely, Michal Cirner and Irina Dudinská) participated both in the abovementioned research project APVV-15-0369 and in the subsequent project VEGA 1/0177/19 “Challenges and Perspectives of Cross-border Cooperation in the Context of the Implementation of the EU-Ukraine Association Agreement”, implemented by the Institute of Political Science at the Faculty of Arts of the University of Prešov over the period of 2019-2021. This follow-up project focused on research into Slovak-Ukrainian cross-border cooperation under the conditions of the gradual AA/DCFTA implementation and the visa-free regime between the EU and Ukraine. The project has sought to answer the following research questions: 1) What are the impacts of the EU’s relations with Ukraine and the Slovak Republic’s relations with Ukraine on the development of cross-border cooperation at the regional and local level between Slovakia and Ukraine? 2) What will be the impact of the Association Agreement, including the Deep and Comprehensive Free Trade Agreement, between the EU and Ukraine on the development of cross-border cooperation and regional development in the Slovak-Ukrainian borderlands? 3) How has the character of the Slovak-Ukrainian border changed after the application of the EU-Ukraine visa-free regime in 2017? This volume provides perspectives on cross-border cooperation with Ukraine at the supranational (the impact of EU policies), national (public administration, policies and legislation of Slovakia and Ukraine), regional and local levels (perceptions of regional and local CBC actors in the Slovak and Ukrainian borderlands).

The chapter on basic determinants and trends of Ukraine’s participation in cross-border cooperation is written by Volodymyr Ustymenko, Alevtyna Sanchenko and Anastasiia Tokunova from the V. Mamutov Institute of Economic and Legal Research of the National Academy of Sciences, Ukraine. The authors are currently participating in the International Visegrad Fund Project “With Cross-border Cooperation for the Europeanisation of Ukrainian Borders”. The chapter on the Europeanisation of the western Ukrainian border is authored by Gyula Ocskay, Secretary-General of the Central European Service for Cross-Border Initiatives (CESCI), a Budapest-based think-and-do-tank on cross-border cooperation.

The research for the chapters by Bianca Mitrică, Radu Săgeată, Paul Şerban, Irena Mocanu, Ines Grigorescu, Monica Dumitraşcu, Nicoleta Damian, Mihaela Persu and Dragoş Baroiu was conducted under the research plan of the Institute of Geography at the Romanian Academy, namely the “The Geographical Study on Population Dynamics in Romania” and “Regional Geographical Studies Aiming at Sustainable Development and Trans-Sectorial Cooperation”. The chapter by Wojciech Gizicki and Tomasz Peciakowski from the Faculty of Social Sciences of the John Paul II Catholic University of Lublin, Poland, is a partial outcome of the project “Cooperation of Universities Supporting the Development of Security and Crisis Management of the Lublin and Lutsk Transborder Regions”.

Dr Martin Lačný is an Assistant Professor at the Institute of Political Science at the University of Prešov, Slovakia. He graduated from the Faculty of Business Management at the University of Economics in Bratislava and obtained his doctoral degree in Cultural Studies from the Faculty of Arts at Comenius University in Bratislava. His teaching and scholarly activities are focused on economics, economic behaviour, and business ethics. As a researcher, he has participated in 14 national and international projects, and is a member of the Association for Borderlands Studies.

The EU-Ukraine Association Agreement and Its Impacts on Cross-Border Cooperation is available now in Hardback at a 25% discount. Enter the code PROMO25 at checkout to redeem.