Salim Barakat, Mahmud Darwish, and the Kurdish and Palestinian Similitude 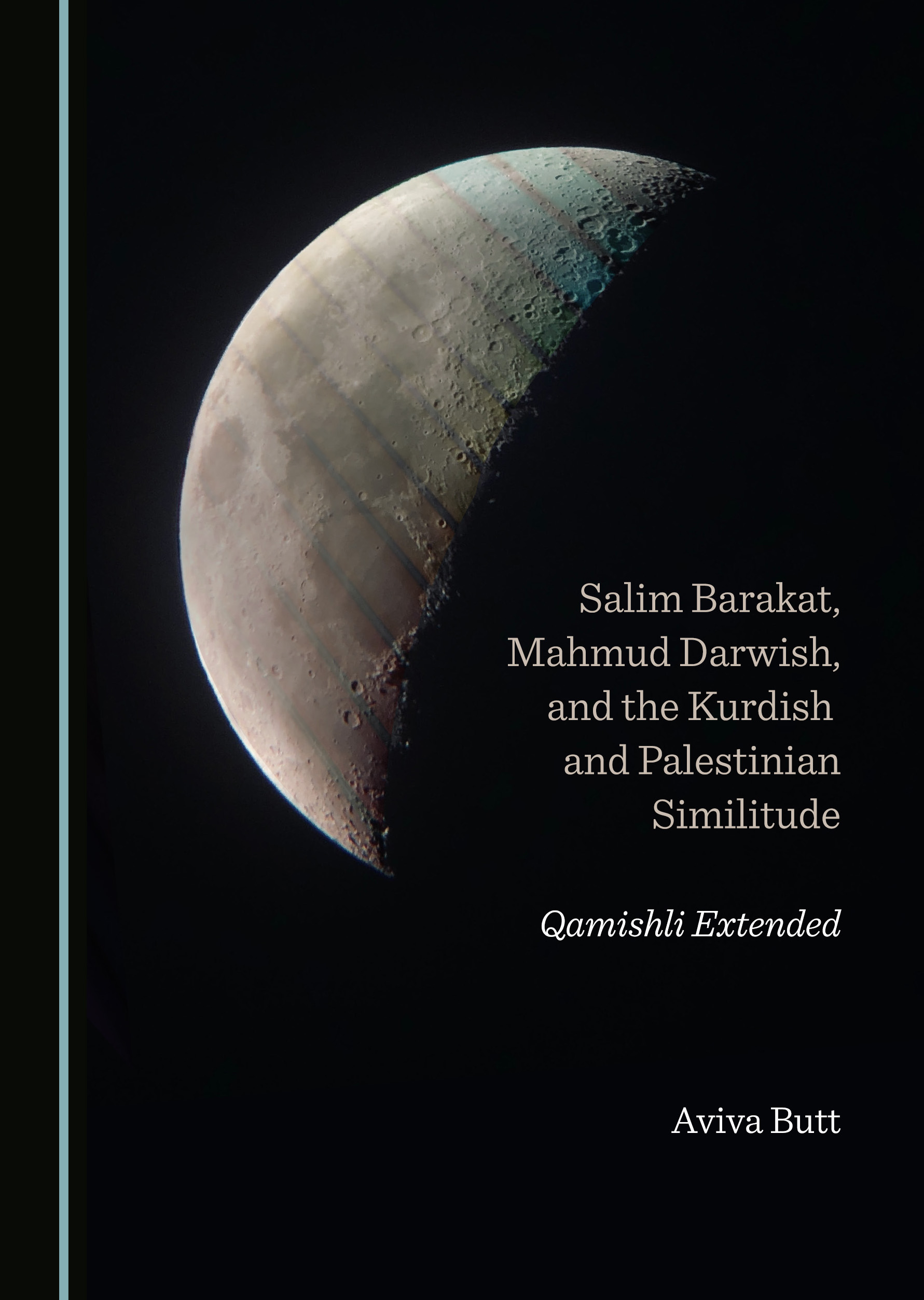 The unifying idea behind the book Salim Barakat, Mahmud Darwish, and the Kurdish and Palestinian Similitude: Qamishli Extended (henceforth, Qamishli Extended) is that Salīm Barakāt’s vision of antiquity facilitated a new turn in Maḥmūd Darwīsh’s output. The guidelines to writing on this subject were to be found in two works: Darwīsh’s poem dedicated to his younger friend, entitled Laysa lil-Kurdī illā al-Rīḥ (Ilā: Salīm Barakāt) [The Kurd Has Only the Wind (For Salīm Barakāt)] (2004), written a few years before his death, and, Barakāt’s long poem dedicated to and entitled Maḥmūd Darwīsh, published in 1989. The two poems combined act as an aside on the interchange between the two friends during the period of the culmination of their poetic creativity.

Of importance to Darwīsh was Barakāt’s account of al-Qiyāmah. Incidental to the narrative in the poem Maḥmūd Darwīsh, Barakāt provides a graphic description of events in the world of the transcendental along with details of the process of resurrection. His detailed account of al-Qiyāmah is based on the Zand-Avesta and the description of resurrection in the Qur’ān combined with a big dose of imagination. This apparently convinced Darwīsh that Palestinian identity could continue throughout future generations, and that he should not “kill the poet” within himself, but, rather, go on writing poems that would ensure an ongoing Palestinian identity. Thus inspired, Darwīsh would write his very famous ensemble of poems, al-Hudhud [The Hoopoe] (1990) and Ward Aqall [Fewer Roses] (1986), epics in an approximation of Barakāt’s use of the ancient genre of orality, Kurdish Shāhnāma, as well as his Aḥada ‘Ashara Kawkaban [Eleven Stars] (1992), a modern variation of the storyteller’s ballade of Palestinian orality.

For Barakāt, literature starts from the Qur’ānic text or from any ancient scripture or oral transmission pointing to an ongoing civilization in the Mesopotamian plain. Of course, just like Darwīsh, Barakāt works within poetry traditions. As a poet and mystic, he reaches remote antiquity through the mystic’s journey to origins. His friend Darwīsh, as shown in the book, picks up from where Barakāt left off. He introduces Sufism as he knows it through medieval poets such as the Persian Sufi poet Aḥmad al-Ghazālī (d. 520/1126), and spells out the pantheistic concept of soul and form, the soul being the idea that is expressed in the physical form that is the body. The soul is in a body that is a wall, an obstacle, and always yearns for the death that will free it and bring about unity with the Divine. In the same breath, the poet sarcastically alludes to the Jewish habit of conquering Palestine en route to wherever. Whereas Barakāt’s Sufism starts from the rational, in accord with al-Ghazālī’s Sufi (and Shāfi‘ī) concepts, Darwīsh tells us why he has chosen to set aside logic: “We said: Did “al-Attar” infect you / With poetic madness? Immersed in the gut of the valley-of-love, he declaimed: / Did al-Ma‘arri stand beside the valley-of-knowledge? And Ibn Sina. . Did he / Answer the question and did he see you?—I see with the heart not with philosophy.” In general, he weaves into The Hoopoe the known legacy of poets of the early Islamic Era, such as the poet and ascetic Abū Bakr Dulaf ibn Jaḥdar al-Shiblī (d. 334 AH / 946 CE).

In 1995, leading Syrian poet Adūnīs published his book al-Sufiyya wal Surriyaliyya [Sufism and Surrealism], later translated by Judith Cumberbatch in 2005. This book again explored modernity in Arabic poetry.  As was his wont, he followed up with the publication of a 250-page poem exemplifying his theories, entitled Fihris li-A‘māl al-Rīḥ [Index to the Acts of the Wind] and published in his rather large handwriting by Dār al-Nahār lil-Shi‘r (Beirut, 1998). It starts off with a prologue, an incredible summary of the content of the series of short poems or episodes to follow—in the manner of the genre Shāhnāma. Aside from Professor Reuven Snir’s published translation in Hebrew, Adūnīs’ attempt to join in with what consequently appears to be the inception of a new trend in modern poetry (al-sh’ir al-ḥadīth) has gone unnoticed. This is despite his book Sufism and Surrealism having created quite a stir—and despite Barakāt’s surrealism being a superb example of the genre in Arabic poetry. Barakāt, Darwīsh, and Adūnīs, the new triumvirate in Arabic modern poetry, have brought poetry to heights that have not yet been fully understood! Barakāt’s poems and those of Darwīsh written at the height of their poetic achievement have been set aside and put into the “too-hard” basket. The clear explanations of Barakāt and Darwīsh in their respective poems have been overlooked.

It is the hope of the author of Qamishli Extended that the translations and explanations in this book will facilitate an understanding of the missions of the three greatest modern Arabic poets, and their messages.

Aviva Butt is a writer, screenwriter, and translator. She received her MA from the Department of Semitic Studies of the University of Sydney, Australia. She has published articles in the International Journal of Kurdish Studies on the Kurdish poet-prophet Salim Barakat and the Kurdish biblical prophet Nahum, which can be found on various websites, as can her articles on Mahmud Darwish. She is currently working in consultation with Salim Barakat to translate his novel Sages of Darkness.

Salim Barakat, Mahmud Darwish, and the Kurdish and Palestinian Similitude: Qamishli Extended is available now in Hardback at a 25% discount. Enter the code PROMO25 at checkout to redeem.