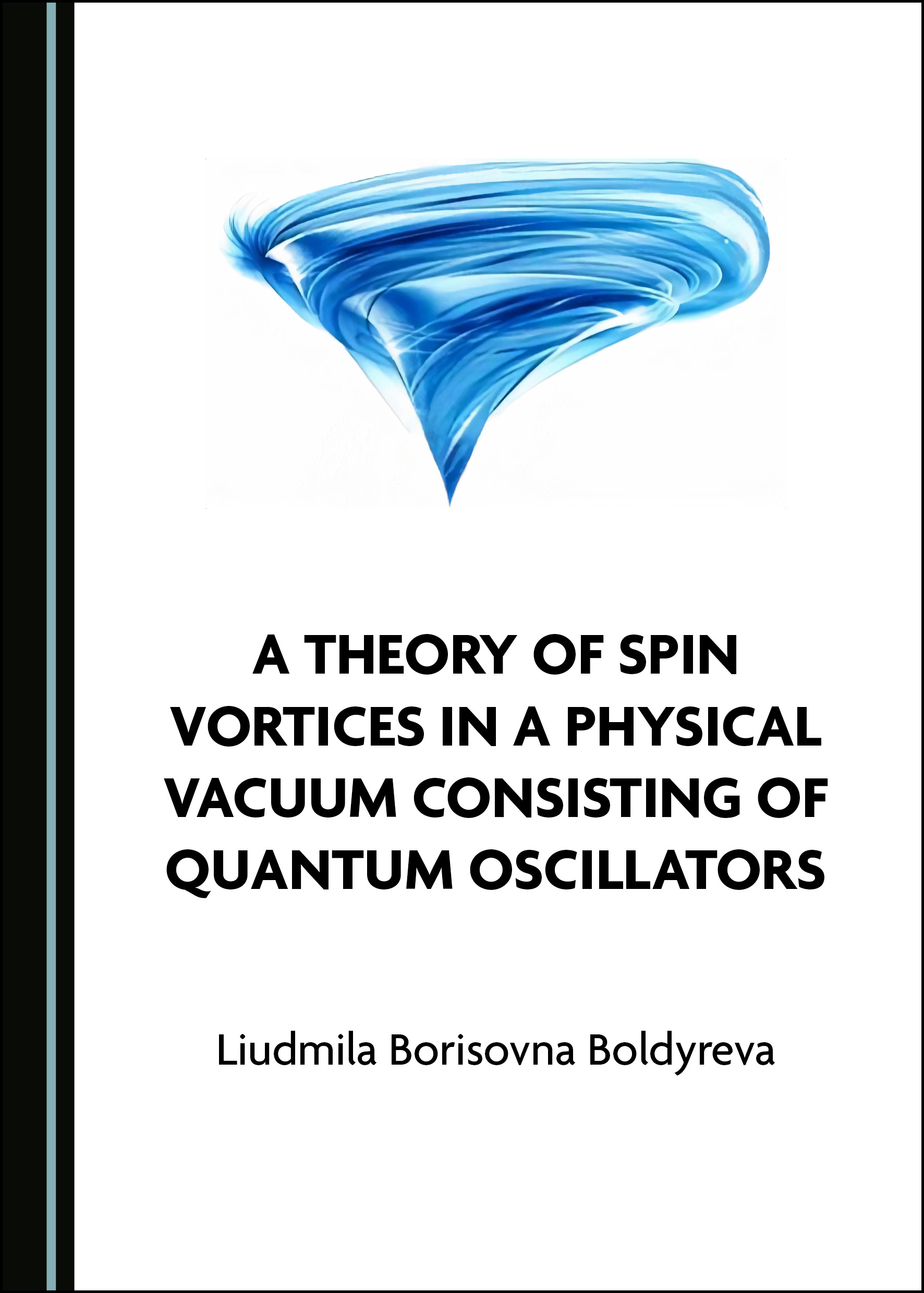 A Summary of the Key Findings

A Theory of Spin Vortices in a Physical Vacuum Consisting of Quantum Oscillators may be considered as proving the ancient Greek adage: “Only they who see the unifying principle in all the diversity of the universe possess the truth, only they, only they.” It shows that fourteen physical phenomena can be explained by just a few physical concepts. These physical concepts and physical phenomena are listed below.

The physical concepts are as follows:

1) The superfluid spin current transforming angular momentum between spinning quantum objects. Y. Bunkov, V. Dmitriev, and I. Fomin were awarded the Fritz London Memorial Prize in 2008 for their studies of spin supercurrents in superfluid 3He-B.

3) The precession motion of photon spin. The experimental basis of this is three-photon annihilation of electrons and positrons with total spin equal to one (orthopositronium) (2000).

4) The creation of virtual photons (pairs of virtual particles) by quantum objects. This concept was advanced by Nobel Prize winner R. Feynman in 1949.

The physical phenomena, on the other hand, are as follows:

4) The existence of relativistic mass.

5) The generation of energy in rotating magnetic fields.

6) The superluminal propagation of an electromagnetic field near an antenna (an oscillating electric dipole).

7) The effect of cavity structures.

8) The anomalous magnetic moment of electrons and positrons.

12) The action of biologically active substances in ultra-low doses, and the effect of low intensity physical factors on biological systems.

13) The effectivity of some magic rituals.

It should be noted that phenomena 1-8 have not had any physical explanation at present.

The Background of the Book

This book has been rendered necessary due to the following tendencies in science and social development:

A Detailed Focus on a Single Chapter

At present, scientists suppose that the third millennium will be devoted to biophysics and, in particular, to the action of low-intensity physical factors on biological systems. Taking this into account, the extracts from the following chapter are given here:

The following aspects are considered.

Ultra-low doses have concentrations of 10‑13М or lower. Note that the introduction of a substance in doses of 10‑12 – 10‑13М into an organism will result in about 10 down to 1 molecules of the substance contained in a cell. That is, at concentrations of less than 10‑13М, there will be, from the point of view of classical physics, no molecules of the substance in a cell. The levels of biological organization at which the action of BAS in ULD is revealed are quite various: from macromolecules, cells, organs, and tissues to plants and animals.

According to the principles of quantum mechanics, the transmission of diseases from one BS to another is possible by means of quantum correlations.

The conducted experiment suggests that the probability of the transmission of diseases must also be high for identical twins. Quantum correlations are accomplished by spin supercurrent

There is much evidence for the influence of cavity structures (pyramids, empty honeycombs, porous materials, and bundles of long tubes, among others) on BS. It has also been shown that the cavity structure’s effect on BS may be accomplished by a spin supercurrent.

The main applications of metal nanoparticles (NPs) in medicine are targeted drug delivery, treatment, diagnosis, monitoring, and control of diseases. The metal nanoparticles may be used against viruses. The features of the interaction of NPs with BS are determined by the action of spin supercurrents.

The possibility of a combined use of all the above-listed methods for treatment of serious diseases is also considered.

It is shown in the book that the same physical principles may explain the physical phenomena in various areas of physics.

The book’s research methodology consists of the following:

1) The study of the physical processes connected with spins of quantum objects.

2) The analysis of many physical phenomena and the search for their explanation on the basis of these physical processes.

3) The classification of the physical phenomena explained.

The book is intended for readers specializing in physics or biophysics, as well as those who are interested in scientific literature on this topic.

Liudmila Borisovna Boldyreva graduated from the National Research Nuclear University, Russia, where she defended a dissertation on processing results of physical experiments. For 30 years, she has studied the properties of the physical vacuum, which made it possible to explain such phenomena as corpuscular-wave duality, quantum correlation, the action of biologically active substances in ultra-low doses on biological systems, and the influence of form of ambient bodies on biological systems. She is the author of three books and more than 30 papers in different journals, including “An Analogy Between Effects of Ultra-low Doses of Biologically Active Substances on Biological Objects and Properties of Spin Supercurrents in Superfluid 3He-B” (2011), “The Cavity Structure Effect in Medicine: the Physical Aspect” (2013), and “Quantum Correlations – Spin Supercurrents” (2014).

A Theory of Spin Vortices in a Physical Vacuum Consisting of Quantum Oscillators is available now at a 25% discount. Enter the code PROMO25 at the checkout to redeem.