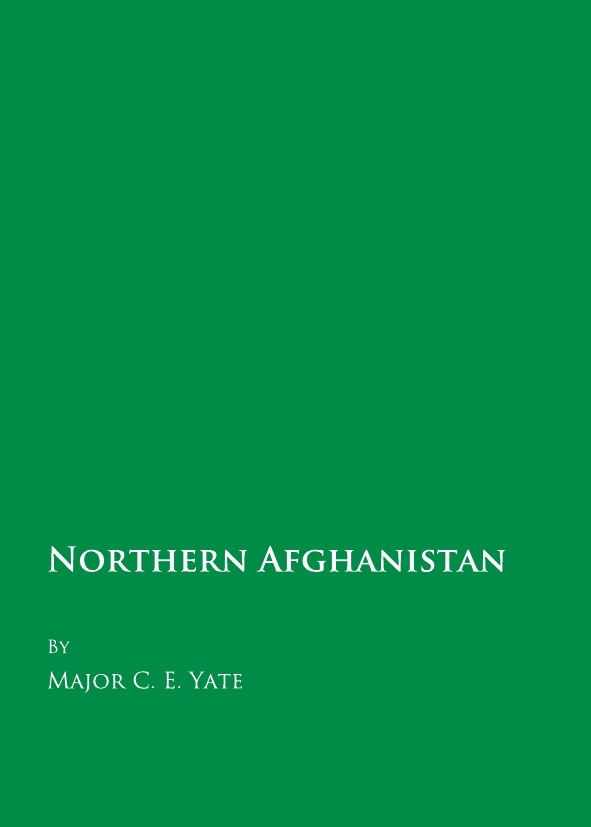 The Joint Afghan Boundary Commission - an Anglo-Russian venture whose task it was to delineate the frontier between Northern Afghanistan and Russia’s Central Asian territories, scientifically and permanently, thus replacing the 1873 line drawn from vague and inaccurate maps - was to rendezvous at Sarakhs, on the modern border of Iran and Turkmenistan, in October 1884. Presented as a series of letters written at different times from the commission, and published in connected form, Yate’s Northern Afghanistan describes in detail the year-long progress of the commission. Included are valuable notes on Herat and its extant buildings, before the strategic destruction of a number of these for defensive purposes, together with descriptions of Mazar-i-Sharif, the Oxus, and the Hindu Kush mountains. This is a fascinating, first-hand account of Afghanistan’s political demarcation - many features of which, such as the Wakhan Corridor, remain with us today - and of travel through an area whose potential for destability persists to the present day. This edition maintains all the material from the original 1888 edition, including the plan of Balkh. Only the maps have been reduced in scale.

Maj. C.E. Yate, of the Bombay Staff Corps, was a member of the Afghan Boundary Commission from 1884 to 1885, under Sir Peter Lumsden and Sir Joseph Ridgeway. Published the present work, the year after his brother Capt. A.C. Yate’s England and Russia Face to Face in Asia: Travels with the Afghan Boundary Commission. His Northern Afghanistan was followed by Khurasan and Sistan in 1890.

Rudolf Abraham graduated in History of Art, and has also studied photography and languages. Over the past six years he has travelled extensively and repeatedly in Eastern Turkey, the Caucasus, Iran, and the Central Asian republics