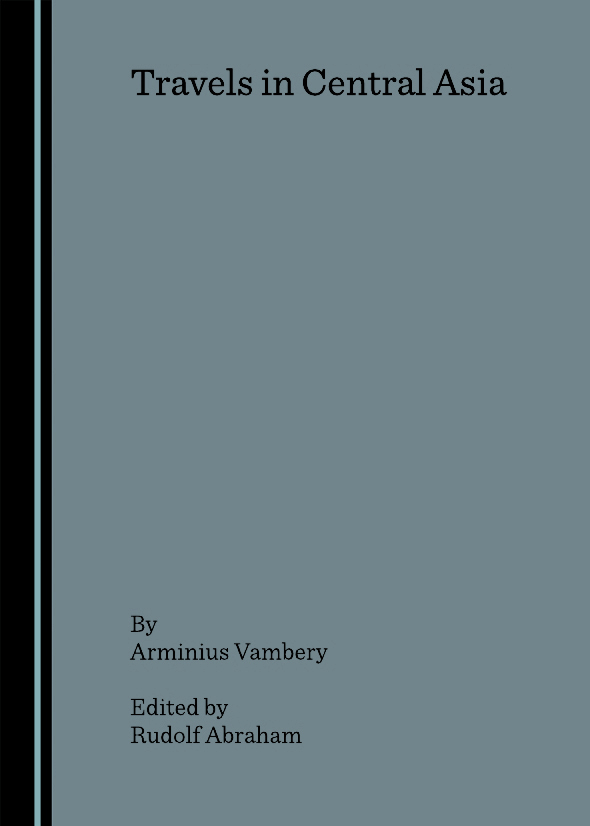 Vambery’s Travels in Central Asia describes the author’s celebrated journey through Central Asia in 1863, motivated by linguistic research. Disguised as a dervish and travelling with a party of Muslim pilgrims, he succeeded in crossing the dreaded Turkoman desert via the ancient bed of the Oxus, and visiting the cities of Khiva, Bokhara and Samarkand without detection. As well as describing these cities during their final years of independence (all were annexed by Russia within ten years of his visit), Vambery gives considerable details of the social and political relations, character and customs of the region. Finally, he provides a vivid narrative of caravan life, and of a remarkable journey in which he went in constant danger of exposure. This edition maintains all the material from the original 1864 edition, including the various tables, and illustrations. Only the map has been reduced in scale.

Armenius Vambery was a Hungarian-born linguist whose Central Asian travels won him immense acclaim in Britain. Following an early study of European and Asian languages, and several years residence in Constantinople, he made his celebrated journey across Central Asia in 1863, disguised as a dervish.

Rudolf Abraham graduated in History of Art, and has also studied photography and languages. Over the past six years he has travelled extensively and repeatedly in Eastern Turkey, the Caucasus, Iran, and the Central Asian republics.