Home / Buy A Book / Social Sciences / The Principles of Logic

The Principles of Logic 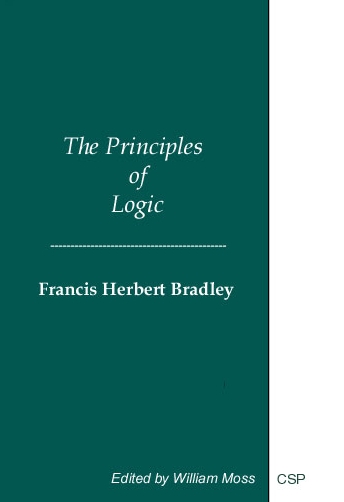 The book is a new edition of the 1883 version of Francis Herbert Bradley’s Principles of Logic. Though annotations in the main text are minimal, a new introduction by William Moss places the work in context describing its early reception as well as its present-day importance. There can be no doubt that this text is pivotal for our understanding of the thought of the leading British idealist, and therefore of late nineteenth century philosophy in general. The author sketches in great detail his views in a large number of areas within logic, from the nature of universals and inference, to the laws and foundations of probabilities. The account makes use and criticism of the works on logic and related fields of his contemporaries, such as Sigwart, Lotze, Bain, and Venn.

In his introduction, William Moss asks a few thought-provoking questions on Bradley's position and image in the tradition of analytic philosophy, focusing on whether indeed the traditionally held view that Bradley comes at the close of a period which is now very much behind us and of little use for philosophical activity today, is justified.

Francis Herbert Bradley is the most widely read British idealist.

William Moss is currently completing a PhD in the history of mathematics in Cape Town.