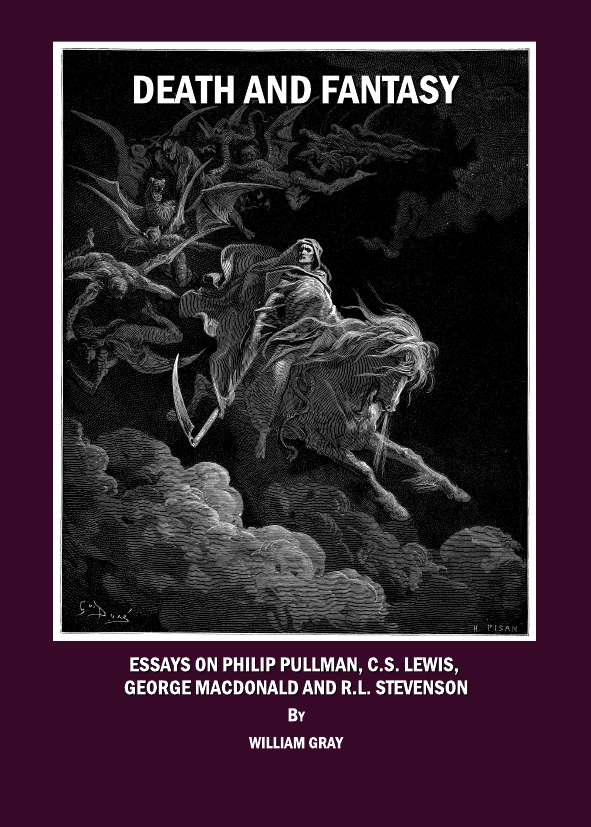 Drawing on philosophy, theology and psychoanalysis as well as on literary criticism, this collection of essays explores a range of fantasy texts with particular attention to the various ways in which they seek to deal with the reality of death. The essays uncover some fascinating links, and indeed tensions, between the writers discussed.

William Gray, Professor of Literary History and Hermeneutics at the University of Chichester, UK. He studied literature, philosophy and theology at the Universities of Oxford, Edinburgh and Princeton, and has published widely in these areas. His publications include Fantasy, Myth and the Measure of Truth: Tales of Pullman, Lewis, Tolkien, MacDonald and Hoffmann (Palgrave,2008), Robert Louis Stevenson (Palgrave, 2004), and C.S. Lewis (Northcote, 1998).

“Death and Fantasy is a concise and welcome gathering of work by William Gray on notable authors of fantasy: Philip Pullman, C. S. Lewis, George MacDonald, and Robert Louis Stevenson. In nine astute and insightful chapters the volume analyses texts ranging from Macdonald’s Phantastes to Lewis’s Chronicles of Narnia and from Stevenson’s Dr Jekyll and Mr Hyde to Pullman’s His Dark Materials. Examining the ways in which death is both dealt with and used in these fantasies, Gray reveals fascinating interconnections between their authors.”
Dr Adrienne Gavin, Reader in English Literature, Canterbury Christ Church University

“This book makes a scholarly and very readable contribution to matters of current critical debate in the area of children’s fantasy. It displays how much children’s literature criticism has to gain from scholars who bring to it a background of knowledge of other disciplines. Supported throughout by useful close reading, Gray’s arguments are well-maintained and display knowledge of a very wide range of psychoanalytic, philosophical and theological sources, all brought to bear in a relevant and convincing manner. Perhaps the most interesting sections are those where Gray displays the affinities between George MacDonald and Philip Pullman. The suggestion that Pullman’s creative achievement depends on a misreading of C.S.Lewis, just as Lewis’s did on a misreading of MacDonald, is a particularly fertile area for further critical investigation. The book has much to offer to scholars and students alike.”
Dr Pat Pinsent, Senior Research Fellow, National Centre for Children’s Literature, Roehampton University

"Death and Fantasy thus offers a tantalizing glimpse at how psychoanalytic criticism can be applied to the analysis of fantasy literature and its preoccupation with death. Gray gives critics some new approaches to the study of these authors, and hopefully will in future expand upon the nature of death in their works and in the works of other fantasists."

"...this is a valuable book for scholars interested in the relationship of one generation of fantasy writers with the next. ...this study is wonderfully fluent in style, and the comparative theology is magnificent"
Stacie L. Hanes, Journal of the Fantastic Arts, Vol. 21, No. 1, 2010