The Venice Charter Revisited: Modernism, Conservation and Tradition in the 21st Century 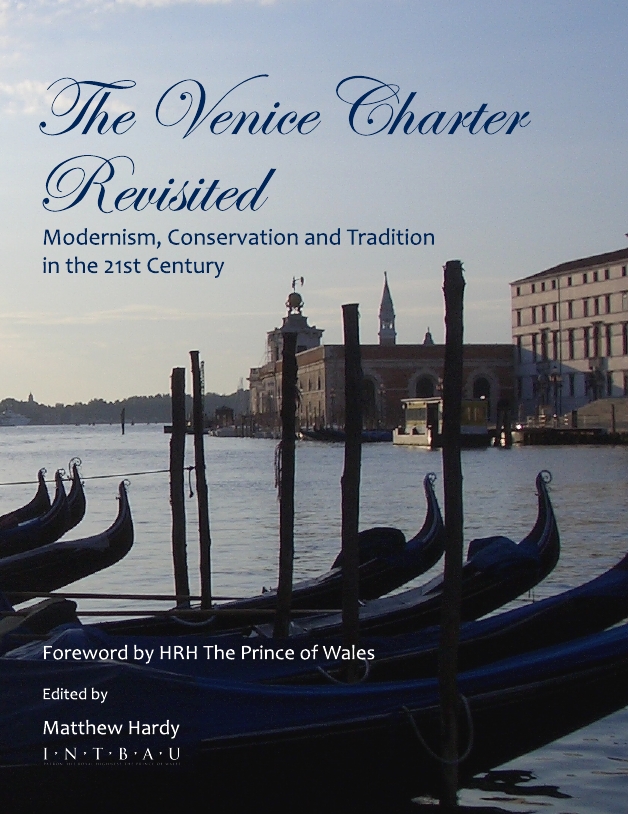 With a foreword by HRH The Prince of Wales.

The Venice Charter of 1964 was a major step towards better conservation of traditional buildings and places. It has since become the founding document of ICOMOS, the organisation for professionals in conservation. However, the requirement of clause 9 that new work "must be distinct from the architectural composition and must bear a contemporary stamp", has been misused to justify clashing new buildings in old places around the world. The results have attracted condemnation by citizens from Sydney to St Petersburg and beyond, and have prompted UNESCO to reconsider the issue of new buildings in historic urban landscapes.

The Venice Charter Revisited: Modernism, Conservation and Tradition in the 21st Century is a timely look at how planning has gone wrong, why it needs to be fixed, and how we can heal the mistakes of the past within the spirit of the Venice Charter.

With over 700 pages and with more than 350 black and white photographs and diagrams, and including the full text of the Venice Charter and the INTBAU Venice Declaration - which seeks to guide development in historic areas to a more harmonious relationship with its surroundings - these 64 essays on new buildings in old places provide an authoritative source on heritage and planning in a diverse and rapidly developing world.

Dr Matthew Hardy is Secretary of the International Network for Traditional Building, Architecture & Urbanism (INTBAU). He has lectured and published widely in support of INTBAU, editing the book Tradition Today: Continuity in Architecture & Society for INTBAU in 2008. He has taught widely on both course work and summer programmes, and as a Visiting Professor with the University of Notre Dame. Dr Hardy has also maintained a practice in architecture and urban design in Europe and Australia since registering in South Australia in 1983. He holds a PhD in Architectural History from the University of Wales and a Bachelor of Architecture from the University of Adelaide, a Diploma from The Prince of Wales's Institute of Architecture, and is a Fellow of the Royal Society of Arts.

"Division of the book into 64 easily assimilated essays makes this large volume useful as a textbook for courses in traditional urbanism and preservation - in the U.S. and abroad. Professionals in the US who will benefit from this book are urban planners, developers and designers who are creating additions or infill for historic areas - especially when debates with design review commissions might arise. Most of all, one hopes that personnel of Historic District Commissions and the National Park Service read this book. In the face of all this evidence, the NPS's current refusal to admit that the Secretary's Standards and Guidelines need to be modified makes it appear that the National Park Service treats criticism the same way the Roman Inquisition treate Galileo."

"The Venice Charter Revisited is a polemic for a pluralist approach to interventions in the historic environment, wheter in conservation work to individual buildings or in the design of new buildings; an approach that is not bound by fundamentalist ideologies whether from the conservationist or modernist camp. It makes a rounded case in support of traditional architecture and urbanism in historic places. Each of its 64 essays is a self-contained read, and all contain valuable insights into how conservation philosophy has been and can be practised. It is an important reference for all who question inconsiderate dogma."