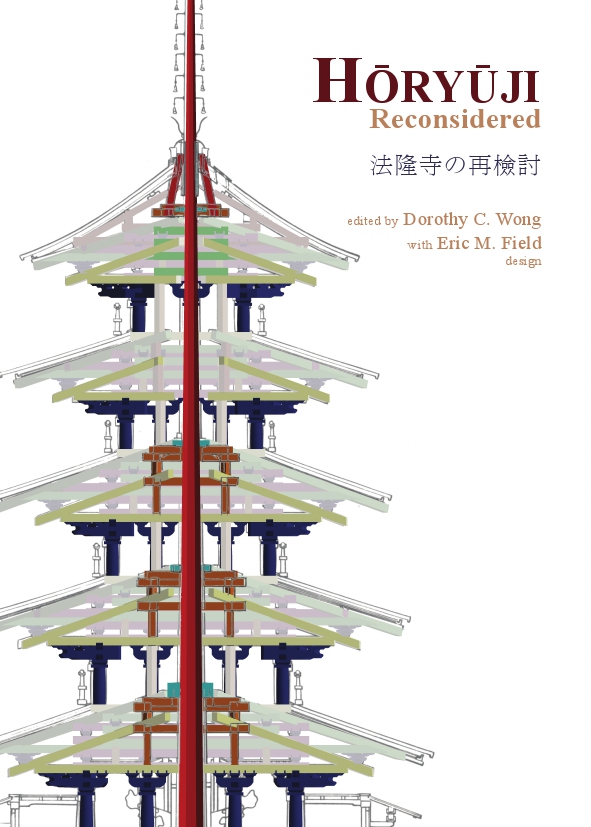 Designated a UNESCO World Heritage site in 1993, the Hōryūji temple complex includes some of the oldest and largest surviving wooden buildings in the world. The original Hōryūji temple was built between 601 and 607 by Prince Regent Shōtoku (573?–622), one of Japan’s best-known cultural heroes. The construction of the temple marked the introduction of Buddhism and Buddhist art and architecture to Japan from China, by way of the Korean peninsula, as promoted by Prince Shōtoku. After a fire in 670 that destroyed the site, the temple was rebuilt and enlarged. Hōryūji became one of Japan’s leading centers of Buddhist scholarship as well as a focus for the cult of its founder, Prince Shōtoku. This volume of essays originate from the “The Dawn of East Asian International Buddhist Art and Architecture: Hōryūji (Temple of the Exalted Law) in Its Contexts” symposium held at the University of Virginia in October 2005. Covering the disciplines of archaeology, architecture, architectural history, art history, and religion, these essays aim to shed new light on the Hōryūji complex by (1) examining new archaeological materials, (2) incorporating computer analysis of the structural system of the pagoda, and (3) including cross-cultural, interdisciplinary perspectives that reflect current research in various fields.

Dorothy C. Wong is Associate Professor of East Asian Art at the University of Virginia. In addition to Chinese Steles: Pre-Buddhist and Buddhist Use of a Symbolic Form (2004), she has published articles on many topics of Buddhist art of medieval China. Her recent research focuses on the transmission and transformation of Buddhist art forms from China (and India) to Korea and Japan in the seventh and eighth centuries.

Eric M. Field is an Information Technology Scientist for Applied and Advanced Technologies at the University of Virginia School of Architecture. With a background in both architectural design and computational systems, he specializes in advanced computing applications, information systems, and fabrication technology for architecture and design analysis. He has published scholarly essays as well as contributed to architectural exhibitions.

“In Hōryūji Reconsidered, editor Dorothy C. Wong has assembled a distinguished group of scholars to examine from diverse perspectives the oldest continuously active Buddhist monastery in the whole of Asia. Employing disciplines ranging from archeology to ancient history and the latest techniques from computer modeling to dendrochronology, Wong and her colleagues explicate Hōryūji more precisely and perceptively than has ever before been done for this Japanese complex of buildings which includes three of the oldest wooden structures in the world. Lavishly illustrated, this is a major achievement that will be of interest to historians, students of religion, and specialists in art and architecture.”
– Victor H. Mair, Professor of Chinese Language and Literature, Department of East Asian Languages and Civilizations, University of Pennsylvania

“Hōryūji Reconsidered offers a truly illuminating account of the complex history of the Hōryūji, Temple of the Exalted Law, and the adjacent nunnery Chuguji, which together comprise the oldest wooden architecture of East Asia and some of the most important artistic monuments of Japan. One after another, papers by distinguished authors present the site in the context of Buddhism’s transmission from Korea and China, its accommodation with local beliefs, and the life of Prince Umayado and that of his mother as it unfolded into the legend of Prince Shotoku.

Hōryūji’s pre-eminence is shown to be the product of many factors, including the fear of epidemics spread as the unexpected result of a better road system, as well as court patronage. Also revealed are the secrets of the construction of the five-storey pagoda, and the re-use, for the construction of the Golden Hall, of materials and Buddhist images from an earlier monastery on a different axis, after a fire or fires which may not after all have been as catastrophic as was once imagined.”
– Roderick Whitfield, Percival David Professor Emeritus, School of Oriental and African Studies, University of London Visiting Professor, Yale University

“Hōryūji Reconsidered is indeed a collection of great disciplinary breadth and depth that reflects the interests of contemporary scholars . . . As academe continues to expand and fracture under the demands of relevance, it is increasingly difficult to find mult-disciplinary research that coherently and artfully synthesizes theory with practice. I commend Dorothy C. Wong, Eric M. Field and the contributing authors of Hōryūji Reconsidered for their efforts.”
– Alicia R. East in The Eastern Buddhist; 40, 1&2 (2010)

“Thanks to the work of Wong and the other contributors, the temple, its art and its legendary founder become far more accessible to the Western reader than ever before.”
– Samuel C. Morse, Journal of Japanese Studies, 36:2 (2010)