The Position of Magic in Selected Medieval Spanish Texts 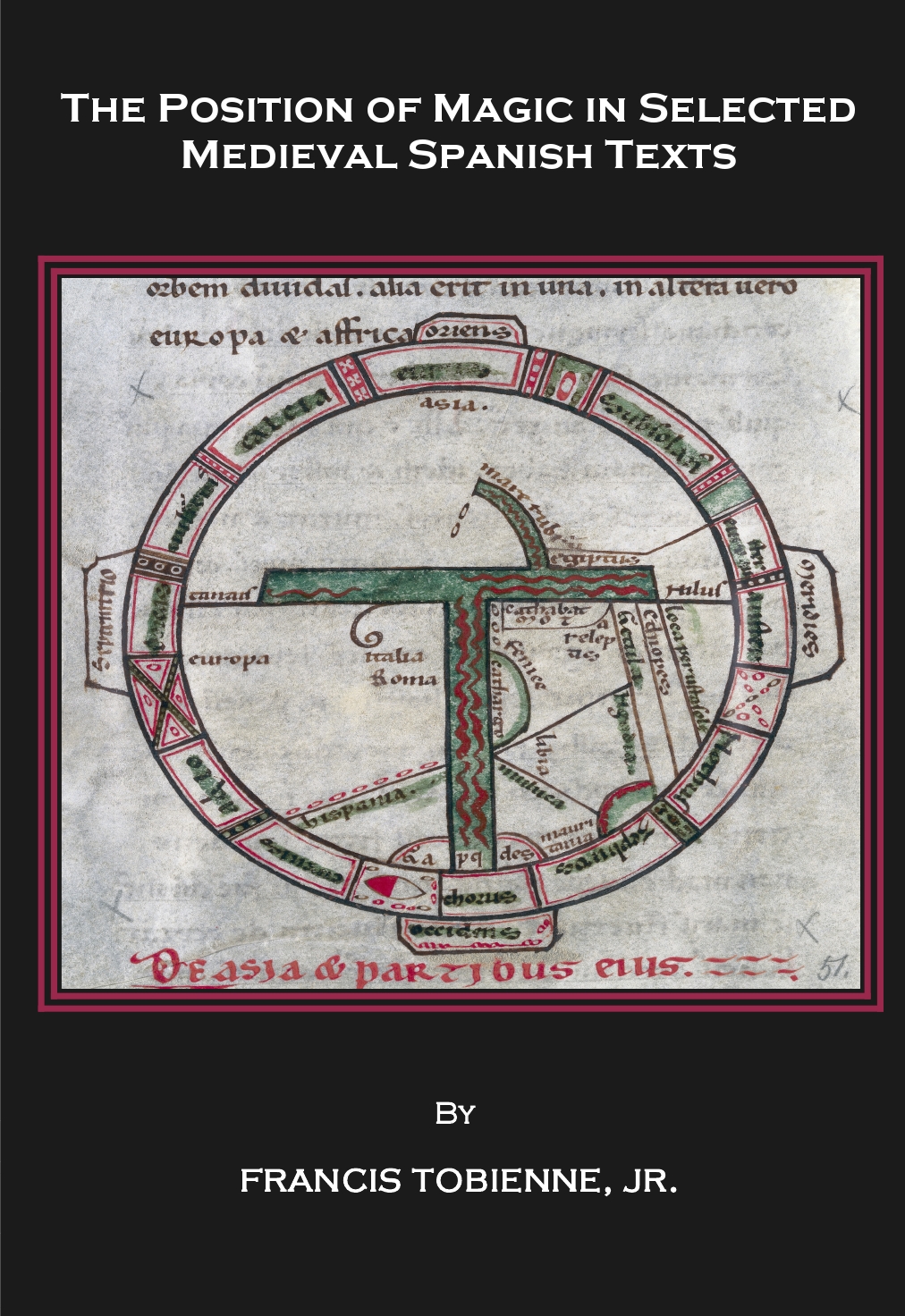 “It is difficult to assess an explanation of a belief, or a belief system in words,” Tobienne begins, “and harder still to assign signification to such inexplicable conviction[s].” This book addresses the often blurred line[s] between magic, religion, and science within Spanish literature and history, and is divided into three parts.

The first section offers a brief overview of Spanish history from the fifth century through the seventh century and looks at the divide between “white” and “black” magic. White magic is often attributed to a divine agency, whereas black magic is the result of dark or demonic influences.

The second part of the book looks at Alfonso X (also known as el Sabio, or “the Wise”) and his Las Siete Partidas and Lapidario, and the role of how magic was received in the Spanish university system and translating centers and spaces within Alfonso’s court.

The final section examines two poems: Auto de Los Reyes Magos and the Vida de Santa María Egipciaca in terms of the white magic concepts of mirabilia and miracula. Collectively, these poems, alongside Bishop Isidore of Seville’s Etymologiae, contribute to the discourse of a Medieval Spain and its rich, intellectual history and moreover, provide a launching pad into this discussion regarding a small window of quasi-tolerance in Spain amidst Muslims, Jews, and Christians.

Francis Tobienne, Jr., Ph.D. is a renaissance man who has been a Validation Biochemist for Pralex Corporation as well as an Environmental Chemist for the Fortune 500 Company Amerada Hess Oil. Dr. Tobienne is also a medieval scholar and cultural critic, a published poet and short story writer, award-winning professor, award-winning author, and award-winning cover-art artist (mainly oil-on-canvas). He received his education from TRINITY COLLEGE, HARVARD and PURDUE and elected to Phi Beta Kappa continues to defend the Humanities, Liberal Arts & Science. Dr. Tobienne is also a research fellow at the Dali Museum, St. Petersburg, Florida--USA.

Further, his poetry can be found in Afroeurpa: Journal of Afroeuropean Studies, Harvard University's The Dudley Review (Harvard UP), and The Matthew House Project. He has written numerous articles and book reviews on cultural matters for the Purdue BCC Newsletter, Hortulus, The Sycamore Review, The Sixteenth Century Journal and Callaloo. He hopes to continue his teaching, researching and writing at USF—SP where he has taken up root, and though originally from St. Croix—Virgin Islands, looks forward to calling Florida a home away from home.

'...fascinating, clearly organized scholarly text...organised into three easy to follow chapters...covers its subject with clarity and sufficient depth to make its point... This book will repay lengthy study, and would be of great value in any program of medieval studies that at least touches on its twin subjects, magic and medieval Spain. Iread it with pleasure and believe my readers will do the same.'
John McLaughlin, PhD, English Department, East Stroudsburg University, Emeritus

"The author has painstakingly gathered a number of important sources and offers a basic conclusion that the boundaries between magic, religion, and science are ambiguous. The book is especially valuable in its inclusion of works from outside of Spain that aid in illuminating that era's views. It serves as a well researched compliment to the growing corpus of studies of magic in medieval Spain and will serve scholars who wish to pursue further studies in that area."