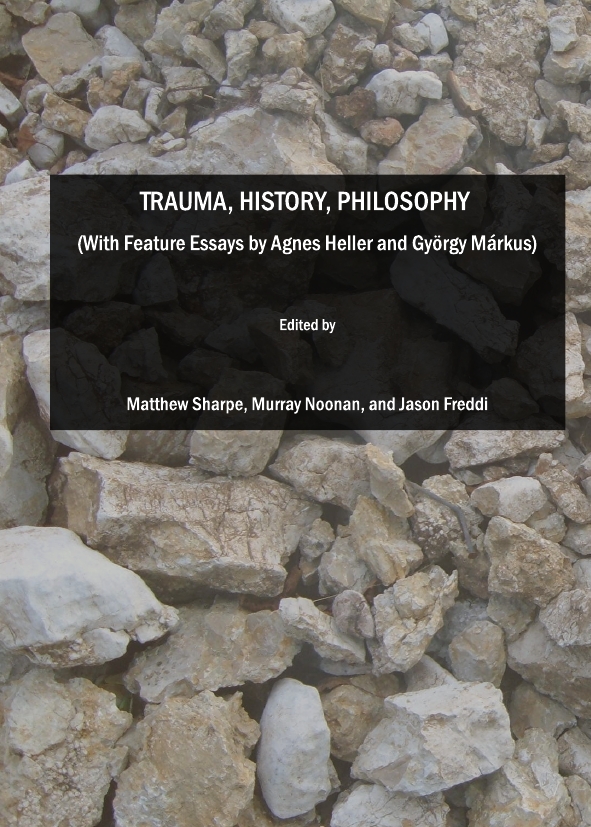 In the age of the war on terror and what one critic has called 'disaster capitalism', the topic of trauma has assumed renewed cultural relevance. Trauma, Historicity, Philosophy is a collection of essays by Australian philosophers, psychoanalysts, and cultural theorists on the genealogy, semantics, and relevance of the concept of 'trauma' in the contemporary world.

The collection features two essays by Agnes Heller and Gyorgy Markus addressing trauma, and what psychoanalysis' elevation of 'trauma' to cultural centrality means (and has meant) for modern philosophy and social theory. Other essays address '911', cyber-terrorism, the shoah, political tyranny, the 'end of history', and engage with the thought of Kierkegaard, Schmitt, Hobbes, Derrida, Agamben, Badiou, Zizek, Lacan and Freud.

Matthew Sharpe teaches philosophy and psychoanalytic studies at Deakin University and the Melbourne School of Continental Philosophy. He has authored and coedited books on Slavoj Zizek, and is currently completing two co-authored manuscripts, one on psychoanalysis (with Joanne Faulkner), the other on postmodernism and the new, post-neoliberal Australian conservatism (with Geoff Boucher). Doctor Sharpe has published across a number of fields, but his present research is focussed on political philosophy in general, and classical thought in particular.

Jason Freddi is a PhD student at the University of Melbourne. He previously completed a Masters in Psychoanalytic Studies at Deakin University and has published several pieces in leading psychoanalytic outlets.