Home / Buy A Book / Physical Sciences / From Martyr to Monument: The Abbey of Cluny as Cultural Patrimony

From Martyr to Monument: The Abbey of Cluny as Cultural Patrimony 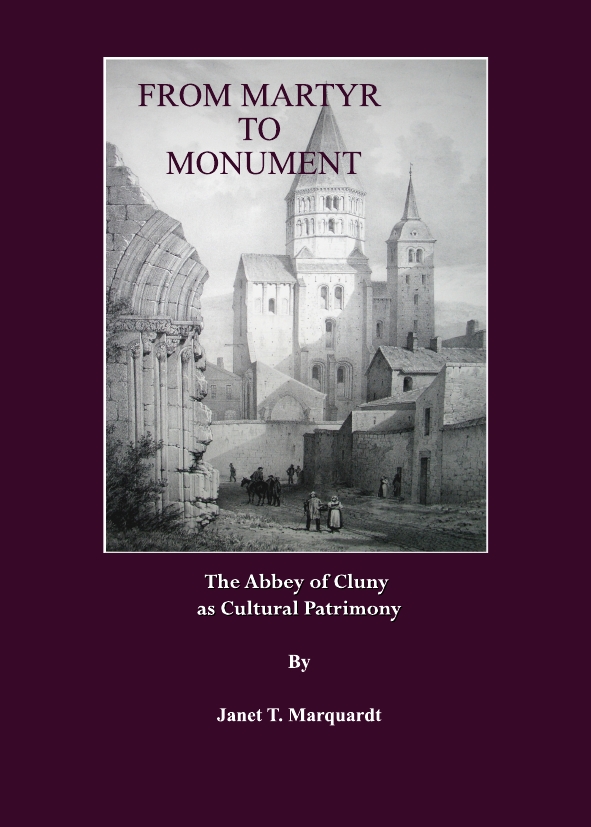 After the French Revolution and the dissolution of the monastic orders, the great Abbey of Cluny in France was closed and the buildings were sold for materials. This process went on for nearly thirty years, just as a romantic appreciation of the medieval past was gaining popularity. Although the government was unable to halt most of the demolition work, one transept arm with a large and small tower was saved from ruin, along with a few small Gothic buildings and the eighteenth-century cloister. Efforts to preserve, repair, and reuse the remains waxed and waned for a century while historians wrote with regret about the abbey’s demise. In 1927, Kenneth Conant came from Harvard to excavate the site with American funding in order to prepare full-scale reconstructive drawings of the abbey. Conant’s vision of medieval Cluny entered the art-historical canon and placed Cluny at the center of debates about Romanesque architecture and sculptural decoration in Europe. This study follows the discursive history of the site while investigating the role of memory in the construction of the past and the development of the conception of heritage and patrimony in France.

"Marquardt’s account of the modern resurrections of medieval Cluny is a riveting one."

"...her research urges a rethinking of the modern conceptual structures that guide our study and interpretation of medieval art and culture."

"Marquardt meditat[es] on the complex ideas, histories, events, and touristic activities (including the performance of pageants) that contributed to the fashioning of Cluny as a “memory site.”

Author of the thematic textbook Frames of Reference: Art, History, and the World, numerous articles and lectures on the Abbey of Cluny after the French Revolution, as well as on contemporary American women artists, Janet Marquardt has held the rank of professor at Eastern Illinois University and the University of South Florida where she has taught since receiving her PhD in medieval art history from the University of California at Los Angeles in 1986.

"Marquardt meditat[es] on the complex ideas, histories, events, and touristic activities (including the performance of pageants) that contributed to the fashioning of Cluny as a “memory site."

"This book is a welcome addition to the growing corpus of scholarship on the modern reception of the medieval past in France and offers medievalists and modern historians alike considerable insight into the evocative after-life of the monastery of Cluny in the nineteenth and twentieth centuries."