Giacomo Meyerbeer: A Guide to Research 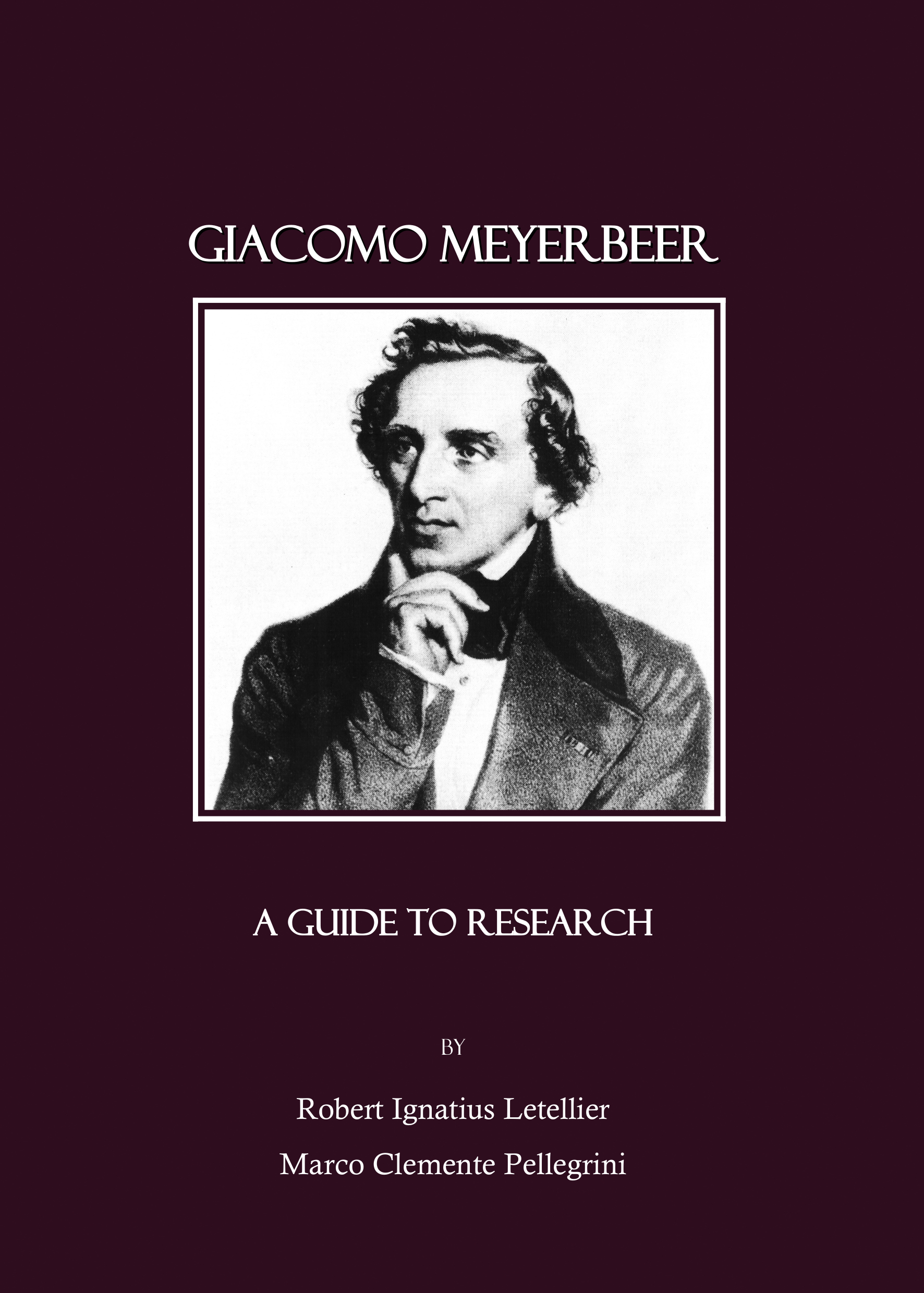 This Guide has resulted from years of research on the papers and music of Giacomo Meyerbeer, and aims to provide a bibliographical aid and point of reference for further research. The first part presents the private papers connected to the composer and his principal librettist, Eugène Scribe—both archival and printed, with working papers and correspondence, as found in Berlin, Paris and some of the famous libraries of the world. The body of Part 2 draws together all the known resources on Meyerbeer's life and historical reputation—from full scale biographies and entries in reference books, through critical discussions to website resources to records of symposia. The third part provides material about his background with its unique mixture of Jewish and Prussian elements, the powerful role of the city of Berlin in his life and work. The fourth part lists bibliographic material for Meyerbeer's music, looking at his operas, grouped as German, Italian and French, with each individual entry providing a record of the scores available, both modern and historical, the various arrangements made from the operas during the heyday of their popularity, reviews of modern performances, discography, and bibliography of studies and publications pertinent to the wider cultural and historical contexts of the works.

The next two sections constitute an extended record of material pertinent to the contemporaries of Meyerbeer. In the fifth section are select bibliographies of composers, authors, artists, performers, politicians, those who played some part in the composer's life, or anyone of significance in his wider contemporary circumstances. This is continued in the sixth part where the cultural and aesthetic elements of the composer's milieu, or life in the theatre during seventy years of the nineteenth century, are listed. The seventh part adds a bibliography of social and historical background, where the incidental issues of Judaism in nineteenth-century Europe, and the wider political, historical and geographical circumstances of Meyerbeer's life, his relentless travelling, and closely recorded experiences in Germany, France, Italy, Belgium, England, and Austria. The eighth section provides a thematic key to this extensive material.

Part 9 provides an extended tripartite series of lists of the published scores, arrangements and some special studies of Meyerbeer over the period 1820 to 2005—in alphabetical, chronological and thematic ordering. The last two sections furnish the modern equivalent of this record of Meyerbeer and his compositions, showing in Part 11 the list of performances of his operas since the Second World War, and in Part 12, listing the recordings of the operas, both commercial and private, for the same period. The thirteenth and last section is iconographical, pictures that represent an interesting survey of the popular response to Meyerbeer in the 19th century.

Robert Ignatius Letellier was born in Durban on 11 August 1953, and educated in Grahamstown, Cambridge, Salzburg, Rome and Jerusalem. He is a member of Trinity College (Cambridge), the Salzburg Centre for Research in the Early English Novel (University of Salzburg), the Maryvale Institute (Birmingham), and the Institute for Continuing Education at Madingley Hall (Cambridge). Publications include books and articles on the late-seventeenth-, eighteenth- and early nineteenth-century novel (particularly the Gothic novel and Sir Walter Scott), the Bible, and European culture—with special emphasis on the Romantic opera and ballet, particularly the work of Giacomo Meyerbeer (a four-volume English edition of his diaries, a collection of studies, and a reading of the operas).

Marco Clemente Pellegrini was born in Milan on 3 August 1962, and studied at Università Cattolica del Sacro Cuore (Milan), writing a dissertation about relations between the Latin and Greek Churches during the First Crusade. He lives in his home city with his wife Anna and their two sons, Stefano and Paul. He teaches Italian Literature and History at Giulio Riva College in Saronno, near Milan, and has written articles on history and didactics, as well as co-authoring an Italian Grammar. Romantic music is his lifelong interest and he has studied Meyerbeer extensively, collecting sources and textes about him and his 19th century triumphs. He has written articles and reviews for the Meyerbeer Fan Club, and collaborates with Robert Letellier, having translated some of his articles on Meyerbeer into Italian.