Home / Buy A Book / Physical Sciences / Art, Ethics and Environment: A Free Inquiry Into the Vulgarly Received Notion of Nature

Art, Ethics and Environment: A Free Inquiry Into the Vulgarly Received Notion of Nature 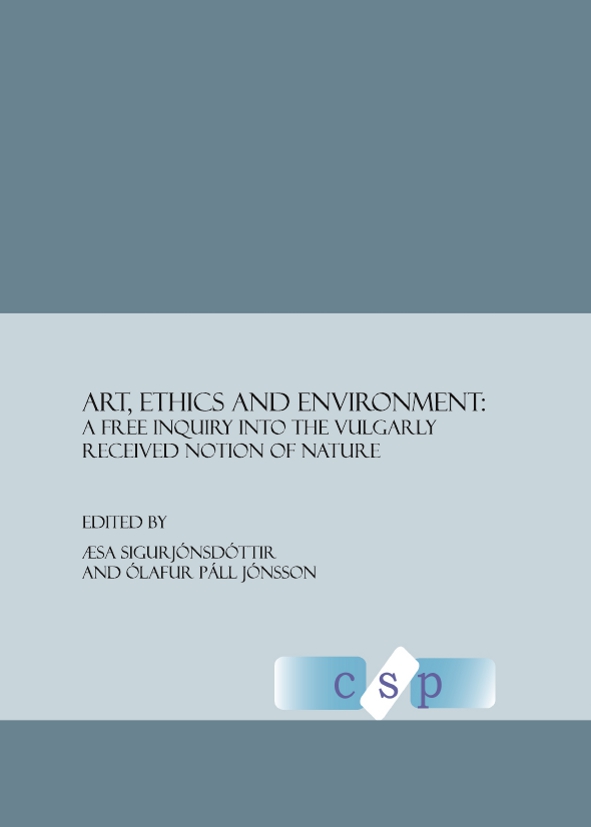 Nature has been a recurrent theme in arts and philosophy for several decades. Nature is experienced in variety of contexts; artists have been enacting with nature as phenomena, material, space, environment, or simply as a place or an idea. In philosophy this is evidenced by an increasing interest in environmental ethics and aesthetics, as well as in philosophy of biology and metaphysics.

In the 1960s, new affinities between art and nature developed and became among the characteristics of contemporary art. Environmental approaches became essential and artists were engaging the public closely with social and physical spaces. Generating processes rather than creating objects, both in nature as well as in the urban landscape, artists reintroduced art into nature and nature into art and opened up new ways of engaging environment, creating non-permanent artworks which produced a new understanding of creativity that following generations are still exploring. The distinction between art and nature became increasingly blurred at the same time as the ancient dichotomy of culture and nature became controversial.

With the rise of environmental ethics in the 1970s, philosophers began discussing nature as an independent source of moral values, rather than a mere stage for moral life deriving its value from relations among humans. It has both been suggested that nature might have independent moral value, much like persons are thought to have such value, or that nature can be an active participant in a morally virtuous life.

Both aesthetics of nature and environmental ethics have become established fields in contemporary philosophy with their distinct bibliography to draw on. But even if distinct, and properly so, these two new fields might be more closely related than often suggested. The aim of this collection is to bring together different trends in thinking about nature and value that are distinctive of these changing moods in art and philosophy and to juxtapose them with some other ways of thinking about these issues, such as economics and religion. The authors include Holmes Rolston III, Antje von Graevenitz, Roger Pouivet, Eric Palazzo and Emily Brady. The essays and artworks in this volume derive from the conference Nature in the Kingdom of Ends held in Selfoss, Iceland, on June 11th and 12th 2005.

ÆSA SIGURJÓNSDÓTTIR is art historian living and working in Reykjavik and Paris. She has worked as curator, editor, art critic, researcher, and as visual arts expert for the European Commission. She is currently teaching at the University of Iceland and the Iceland Art Academy and working on research projects for the National Museum of Iceland and the National Gallery Iceland. She has written on contemporary art and 19th and 20th century photography and is author of Islande en vue. Photographes français en Islande 1845-1900 (2000). Her interest in the relationship between contemporary art and nature dates back to her participation in the project Différentes natures. Visions de l'art contemporain, (Paris 1993), where she researched and co-edited the catalogue.