Home / The Philosophizing Muse: The Influence of Greek Philosophy on Roman Poetry

The Philosophizing Muse: The Influence of Greek Philosophy on Roman Poetry 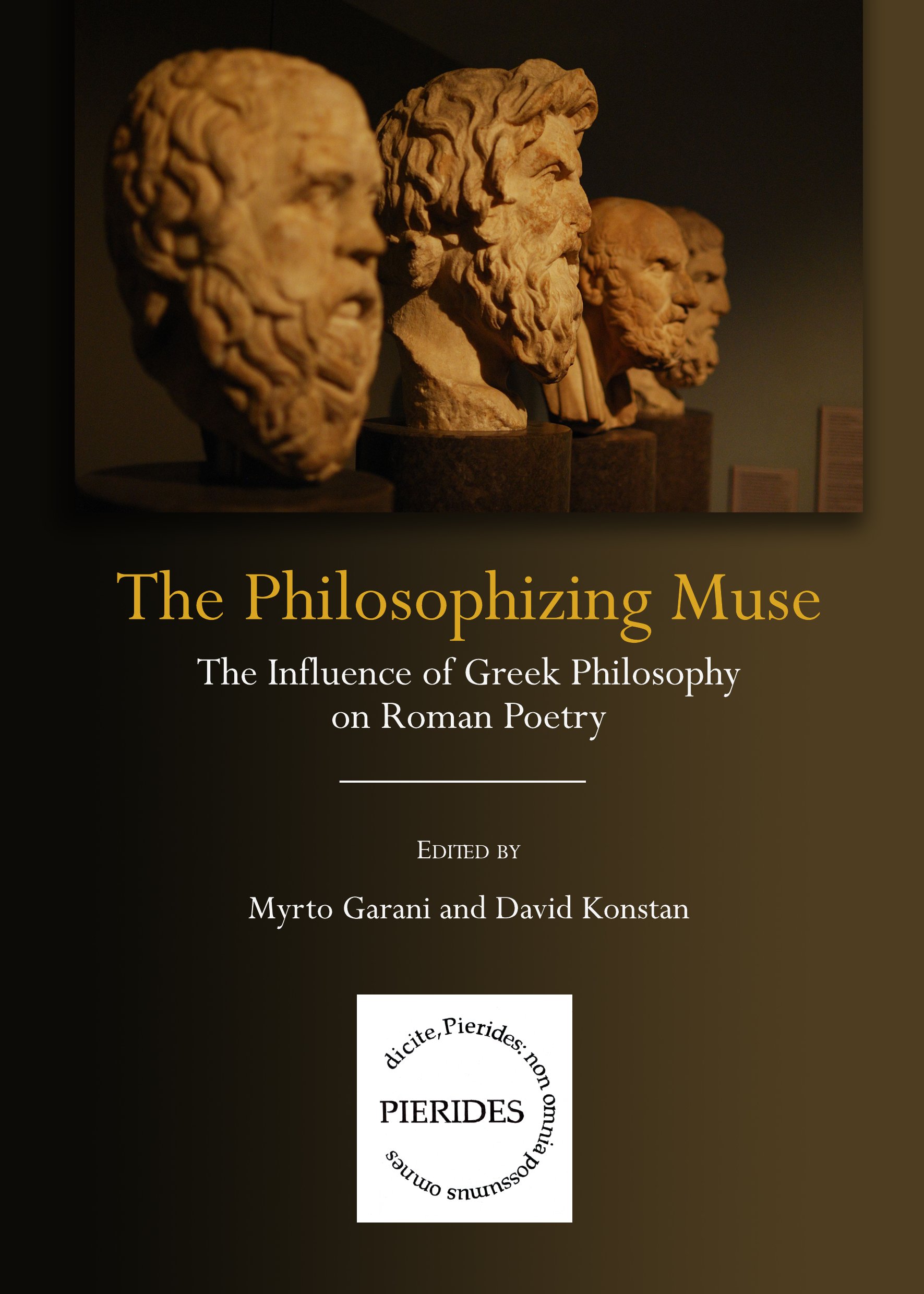 Despite the Romans’ reputation for being disdainful of abstract speculation, Latin poetry from its very beginning was deeply permeated by Greek philosophy. Philosophical elements and commonplaces have been identified and appreciated in a wide range of writers, but the extent of the Greek philosophical influence, and in particular the impact of Pythagorean, Empedoclean, Epicurean and Stoic doctrines, on Latin verse has never been fully investigated. In this volume, an international group of scholars specialising in Roman literature and the reception of the Greek philosophical tradition have come together to analyse the debt of Latin poetry to Greek philosophy across a range of authors, from the 3rd century BC to the 1st century AD. The volume contains ten chapters, which examine Plautus, Ennius, Cato and Lucilius (Dorota Dutsch); Lucretius (Gordon Campbell); Vergil (Joseph Farrell); Horace (David Armstrong); Ovid (Myrto Garani); Manilius (Ilaria Ramelli); Seneca (Claudia Wiener); Lucan (Francesca D'Alessandro Behr); Persius (Shadi Bartsch); and Valerius Flaccus (Andrew Zissos). The contributors address the poems in a variety of ways, each according to the nature of the work under consideration and its particular relation to Greek philosophy. The essays are all original, published for the first time in this volume, and they illustrate the subtle ways in which these Roman poets absorbed and transformed their sources.

Myrto Garani is Lecturer in Latin Literature at the National and Kapodistrian University of Athens, Greece. She is the author of Empedocles Redivivus: Poetry and Analogy in Lucretius (London and New York, 2007). She has also published a series of articles on Empedocles’ reception in Latin literature, as well as articles on Propertius and the Pseudo-Vergilian Aetna. She is currently working on a commentary on Seneca’s Naturales Quaestiones Book 3, a Modern Greek translation of Aristotle’s Meteorology, and the reception of Pre-Socratic philosophers in Rome.

David Konstan is Professor of Classics at New York University. His publications include Roman Comedy (1983); Sexual Symmetry: Love in the Ancient Novel and Related Genres (1994); Friendship in the Classical World (1997); and Before Forgiveness: The Origins of a Moral Idea (2010). He recently co-edited (with Charles Griswold) Ancient Forgiveness (2012); (with Peter Meineck) Combat Trauma and the Ancient Greeks (2014); and (with Dorota Dutsch and Sharon James) Women in Roman Republican Drama (2015). He is a former President of the American Philological Association, and a Fellow of the American Academy of Arts and Sciences and of the Australian Academy of the Humanities.

"This book deals with a really important topic, which lasts as long as Latin literature: it manages to redefine old questions, rewrite old prejudices, offer new interpretations and suggestions, read famous texts under new perspectives. The main lesson we learn is that there are no simple and univocal influences: philosophical considerations are often intertwined, and it is sometimes difficult to identify and understand them."