Ecuadorian Spanish in the 21st Century: Historical and Contemporary Perspectives 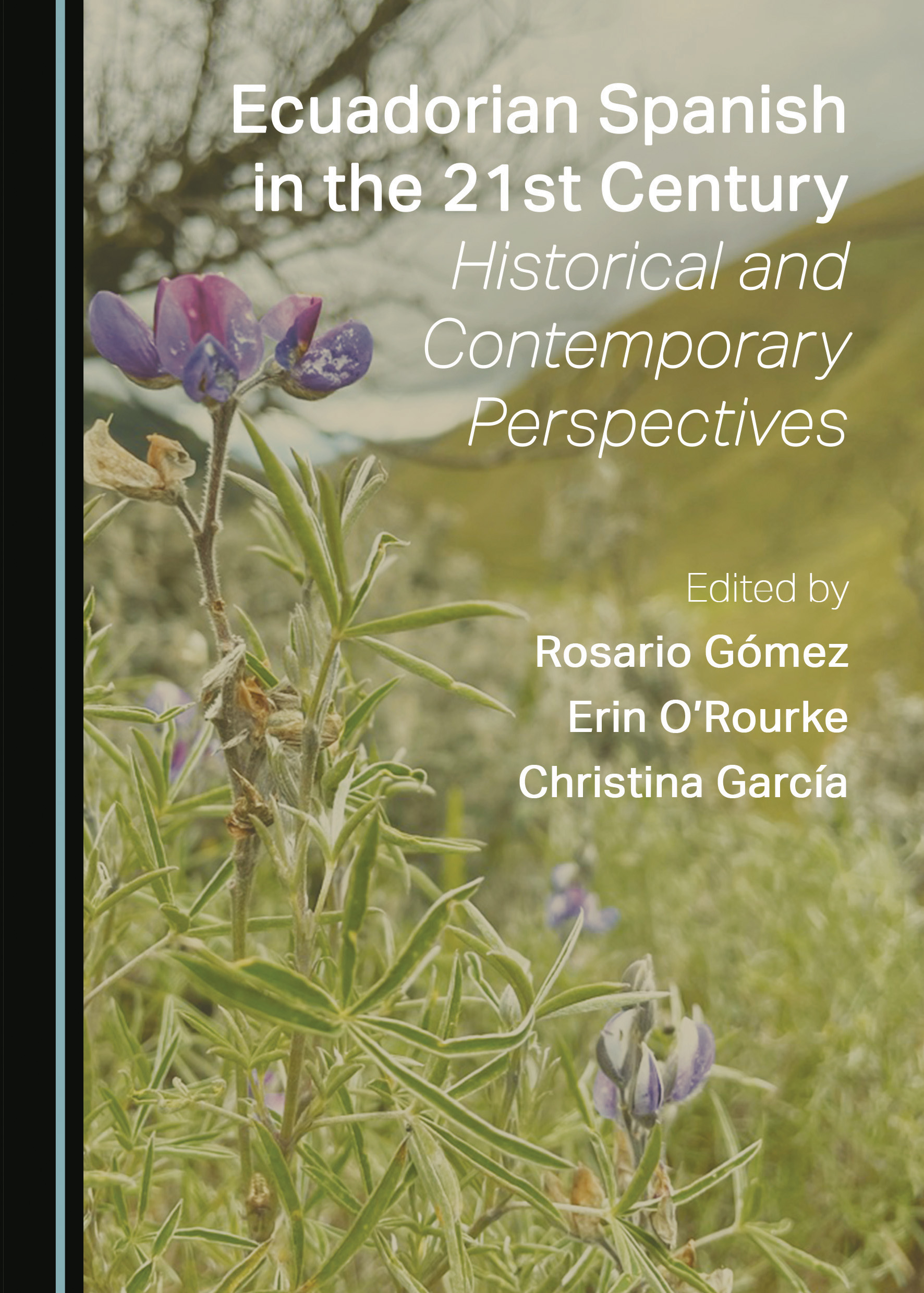 The book offers a compilation of recent linguistic research on Ecuadorian Spanish based on synchronic and diachronic data. Ecuadorian Spanish studies are scarce or are scattered across time and space, and there is no systematic account of what has been done so far. Ecuadorian varieties of Spanish, especially those spoken in the highland regions, have existed in a long-term contact situation with different indigenous languages. This book offers a glimpse of varieties spoken all along the Andes, as well as some varieties spoken in the Amazonian region. It draws on methodologies used in variationist sociolinguistics, discourse analysis, and geolinguistics. Its key findings show that indigenous languages have influenced all varieties of Ecuadorian Spanish at all levels of linguistic inquiry. The research presented is noteworthy in its contribution to language contact theories, language and migration studies, and the evolution of Spanish. These studies employ both quantitative and qualitative methodologies and will deepen the reader’s understanding of different dialects of Spanish. As the first edited volume on Ecuadorian Spanish, this book brings together cutting-edge research and sets the stage for future work.

Rosario Gómez is an Associate Professor in the School of Languages and Literatures at the University of Guelph, Canada. She obtained her PhD from the University of Toronto, specializing in Spanish and English linguistics, sociolinguistics, translation studies, and English as a second language. Her publications include Variación yeísta en el mundo hispánico (2013) and Diálogos sobre los espacios: imaginados percibidos y construidos (2012), among others.

Erin O’Rourke, PhD, is an Associate Professor of Spanish Linguistics at the University of Alabama. Her interests are based in language contact, specifically Spanish in contact with indigenous languages, with English, and with other dialects of Spanish. Her research has appeared in Lingua, Studies in Hispanic and Lusophone Linguistics, and the Journal of the International Phonetic Association, and she co-edited the Handbook of Hispanic Linguistics (2012).

Christina García, PhD, is an Associate Professor of Spanish and Linguistics at Saint Louis University. Her research interests include phonetic variation of the Spanish-speaking world, sociophonetic perception, and L2 pronunciation acquisition. Her work has been published in journals such as Language Variation and Change, Studies in Hispanic and Lusophone Linguistics, and Spanish in Context.

“The linguistic situation of Ecuador clearly shows that the Ecuadorian Spanish and the Kichwa of the region, including their respective varieties, can only be understood through coexistence. The linguistic reality of large Spanish-speaking territories is not conveniently explained either by the majority use of Spanish or by the resilient use of a native language, but by the secular and close contact between one and the other, and by the effects that such contact has produced. Pieter Muysken, honored in this volume, would be very proud to see his name at the head of this splendid collection of works on Ecuadorian Spanish in the 21st century.”
Francisco Moreno-Fernández
Alexander von Humboldt Professor, Universität Heidelberg, Germany

“From complementary viewpoints, Ecuadorian Spanish in the 21st Century: Historical and Contemporary Perspectives, edited by Rosario Gómez, Erin O'Rourke and Christina García, offers a mosaic of studies on the Spanish in Ecuador today. It does not overlook, however, the need for close examination of its evolution, while at the same time alerting us to the importance of refining research methodologies and emphasizing ethical research practices in every aspect of academic activity.”
Marleen Haboud, PhD
Pontifical Catholic University of Ecuador