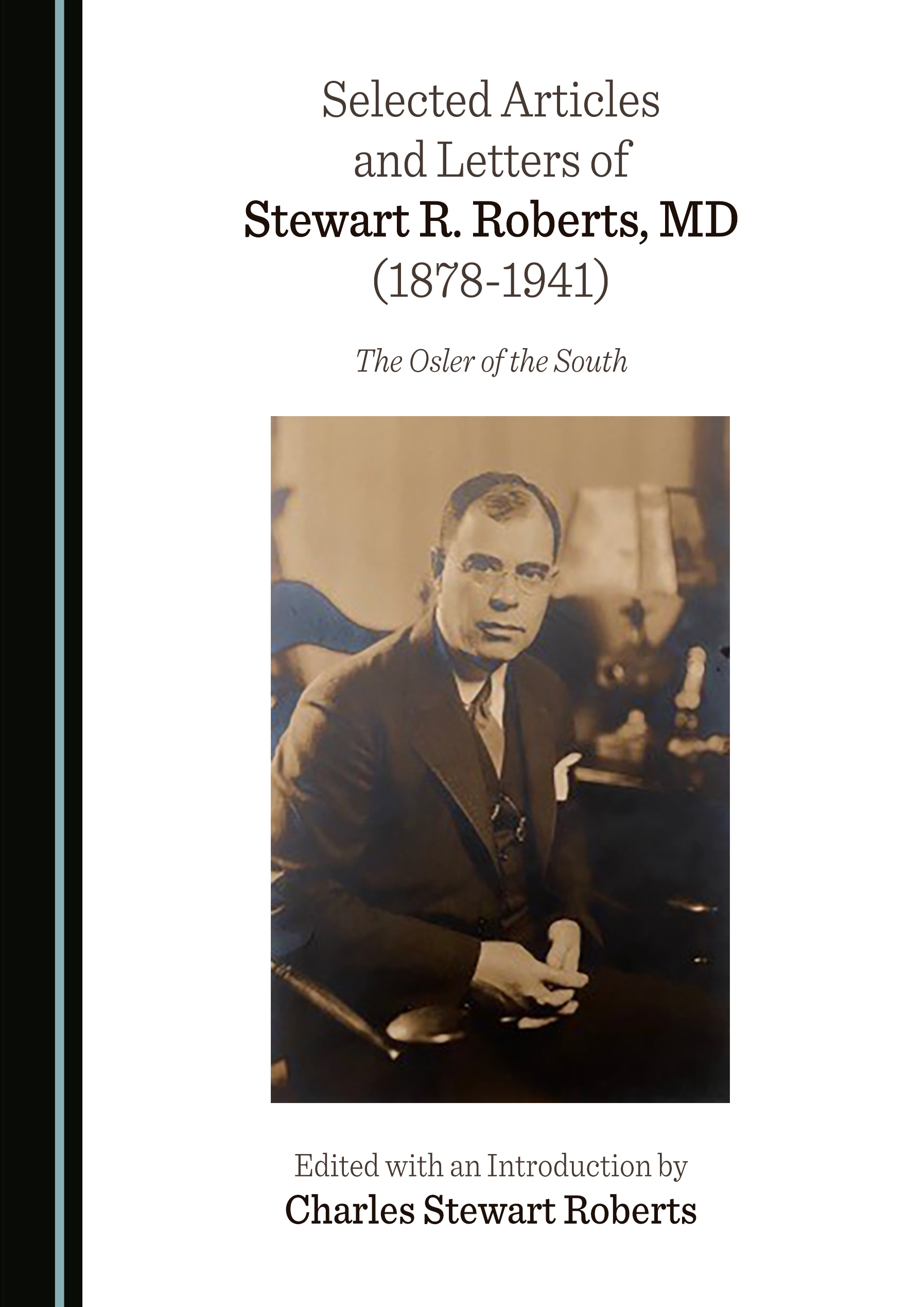 Born and raised in Georgia after the Civil War, Stewart R. Roberts, MD, served as Professor of Clinical Medicine at Emory University (1915-1941) and was the first cardiologist in the South of the United States. Roberts was frequently called ‘the Osler of the South,’ after Sir William Osler, the father of modern medicine. This book presents a selection of 20 articles by Roberts, providing insights into his work and his environment.

Charles Stewart Roberts, MD, was educated at Vanderbilt and Emory Universities, USA. He was trained in Cardiac Surgery at the University of North Carolina at Chapel Hill and then at the Royal Brompton Hospital in London. After five years as an Assistant Professor at North Carolina, he moved into private practice in Winchester, Virginia, and Charleston, South Carolina, before becoming Professor and Chair of Cardiac Surgery at Baylor University Medical Center in Dallas in 2018. He is author of four books and numerous medical and historical articles.