Re-Activating Critical Thinking in the Midst of Necropolitical Realities: For Radical Change 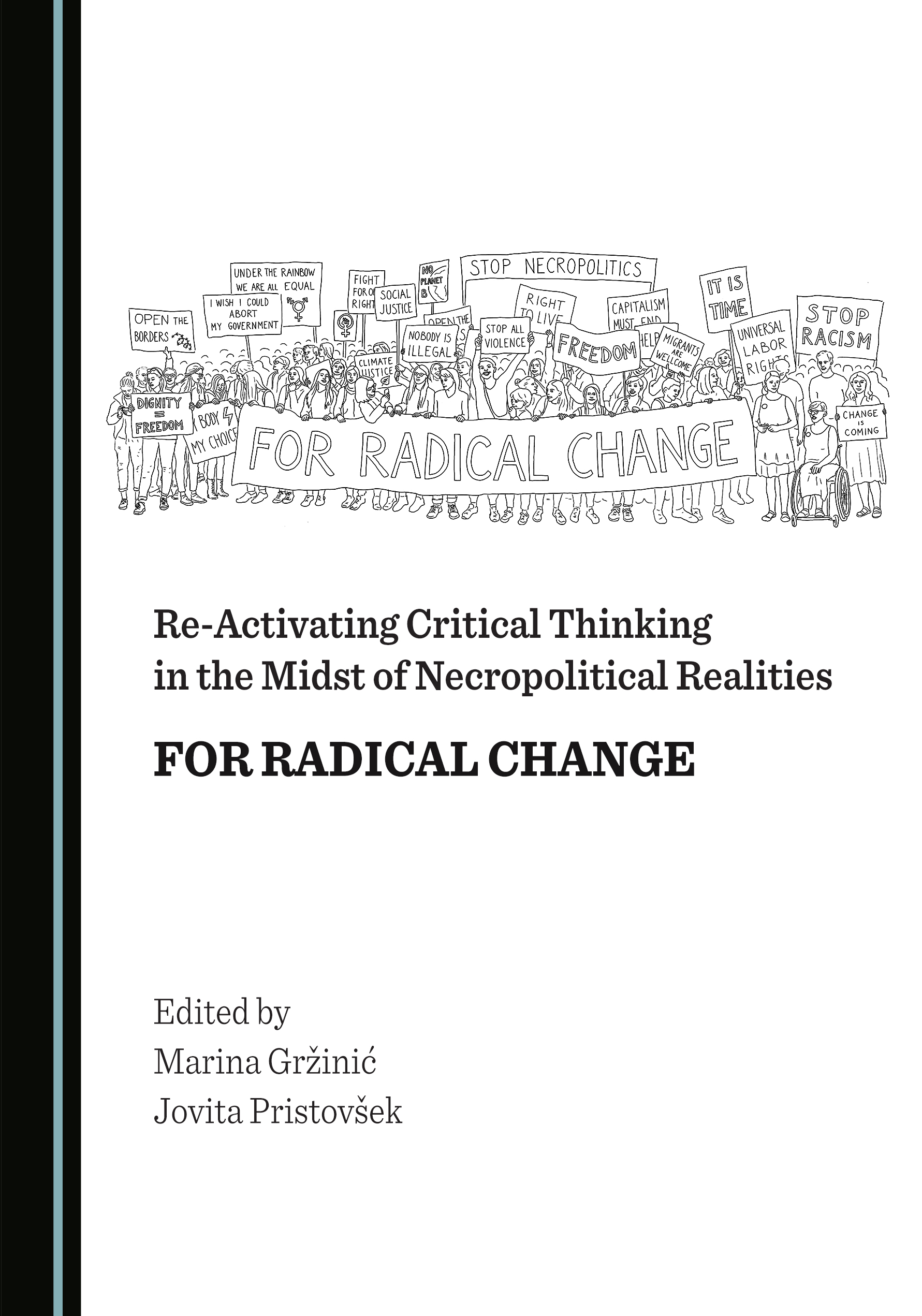 This volume takes as its starting point the question of whether there is a pluriversal generation, a younger group of scholars who do not necessarily collaborate or know each other, but who are currently forming a radical structure that is viral in thought production and reflective on the current global recalibration of social relations, brought about by the necropolitical and necrocapitalist governmentality emerging worldwide.

The 23 articles assembled in this volume transcend geographical boundaries, conceive of the world as a single entity, and develop strategies for radical change. They are presented in five subchapters with two lines of demarcation, one for entry, invention, and potentiality, and the other for a grim threshold.

Marina Gržinić is a philosopher, theoretician and artist. She works as a Research Advisor at the Institute of Philosophy of the Research Centre of the Slovenian Academy of Sciences and Arts (ZRC SAZU), Ljubljana, Slovenia. Since 2003, she has been a Professor at the Academy of Fine Arts Vienna, Austria.

Jovita Pristovšek holds a PhD in Philosophy from the Postgraduate School of the Research Centre of the Slovenian Academy of Sciences and Arts (ZRC SAZU), Ljubljana, Slovenia. She is a postdoctoral researcher at the Academy of Fine Arts Vienna, Austria, and an Assistant Professor at the Academy of Visual Arts, Ljubljana.