The Political in Rimsky-Korsakov's Operas 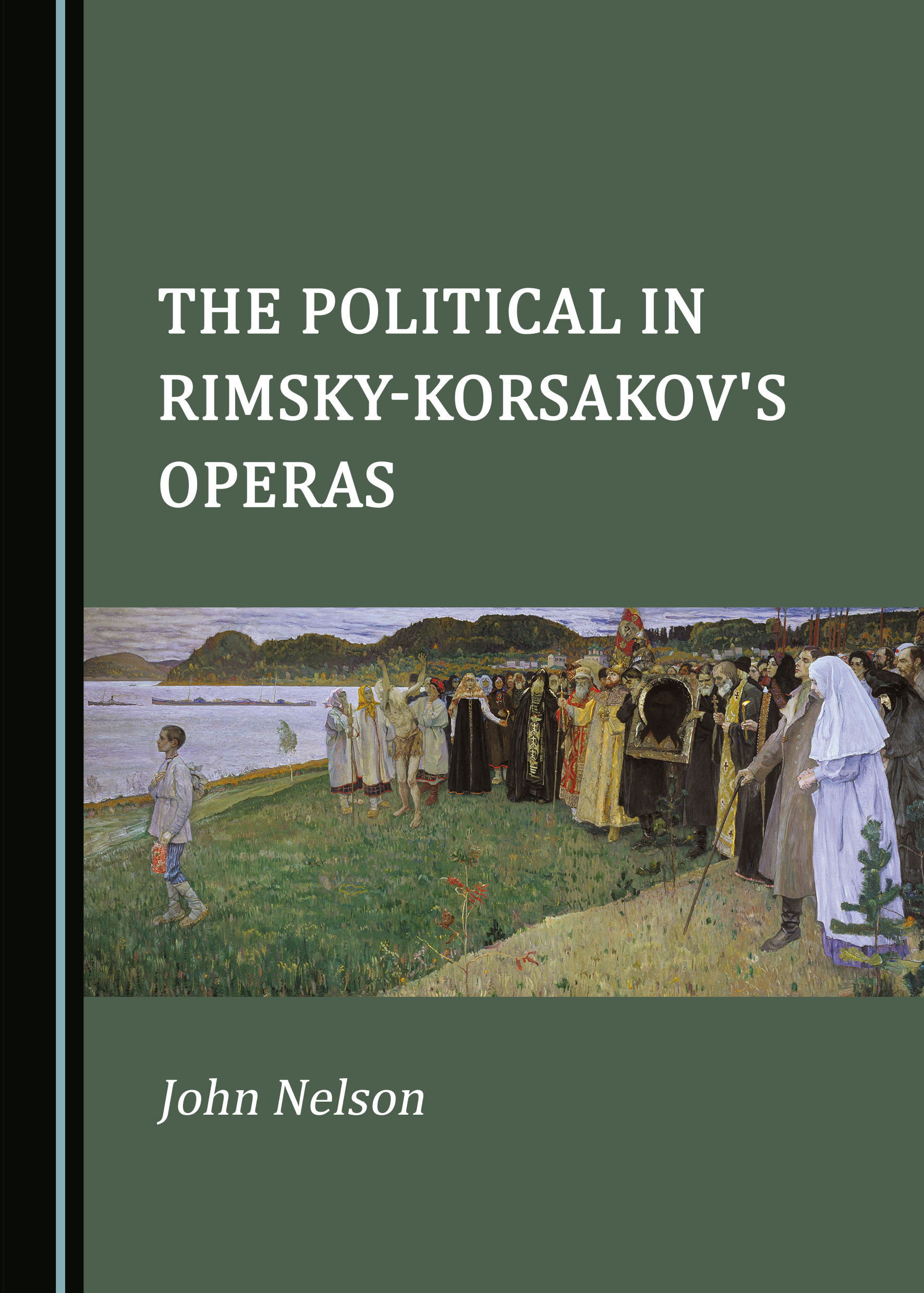 During the 19th and early 20th centuries, opposition to the tsarist autocracy grew in Russia. To counter this, Tsar Nicholas I instigated the Official Nationality Decree of 1833 basing this on “Orthodoxy, Autocracy, Nationality”. Subsequent tsars who enforced repression, censorship and the suppression of the peripheral counties of the Empire upheld this policy. Nikolai Rimsky-Korsakov questioned whether this “Official Nationality” truly represented the views of the Russian people, and, through his operas, he demonstrated that the interpretation of these three premises was questionable. This book examines each of these facets of nationality and how Rimsky-Korsakov presents them in a new light in his operas. It also shows how the composer’s socio-political views, supported by his use of politically radical Russian writers, and as expressed through his correspondence and discussions with family and colleagues, clearly demonstrate that his political ideology, as well as his opposition to the tsar and his bureaucracy, gave a new interpretation of Russian “nationality”.

John Nelson has sung with the Sibelius Academy Chamber Choir, as well as other major choirs in both Finland and England. Between 1995 and 2007, he assisted the Mikkeli Music Festival (Artistic Director, Valery Gergiev) and was Intendant from 2001-2007. He continues to assist a number of international musicians, including the Georgian National Opera. In 2006, he gained his BA (Hons) in Opera Studies and was awarded a PhD from the Faculty of Arts of the University of Helsinki in 2013. His thesis was entitled “The significance of Rimsky-Korsakov in the development of a Russian national identity”. Since then, he has served as an External Postdoctoral Researcher at the Aleksanteri Institute, Finland. He has a research interest in the interaction between the arts and the socio-political aspects of national identity.