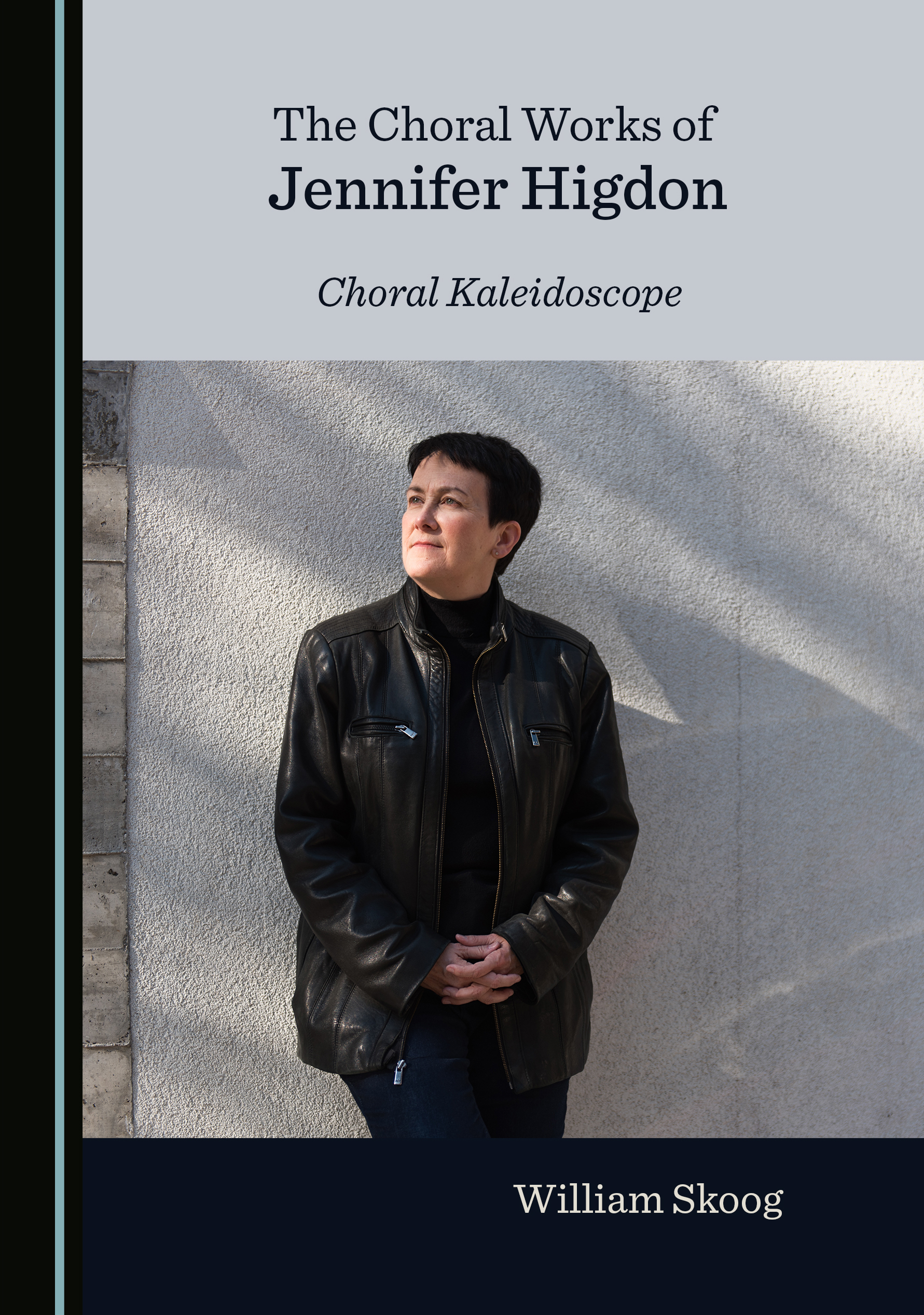 Jennifer Higdon is an esteemed American composer known internationally, and the recipient of many awards in various musical genres. Though best known for her instrumental works and operas, she is a prolific writer of choral music that is fascinating, varied in style, profound, and meaningful, and speaks directly to a contemporary audience through the carefully selected texts.

This book explores a number of Higdon’s choral works, both extended and short works, citing the extensive relationship of the music to the texts, which are set a cappella, with full orchestra or with chamber instruments. Also presented are composition characteristics, analytical analysis, and insights directly from the composer.

William Skoog is Professor of Music and Director of Choral Studies at Rhodes College, USA, having previously served as Chair of the Department of Music at this institution. Choral groups he conducts include the Rhodes Singers and the MasterSingers Chorale, which is a semi-professional chorus, performing often with the Memphis Symphony Orchestra. He holds a Doctor of Arts in Music from the University of Northern Colorado, and has conducted national choral festivals at the Kennedy Center and made his conducting debut at Carnegie Hall in 2017. Internationally, he has conducted choral festivals in Dublin, Paris, Salzburg, Vienna, Rome, Lucerne, and Prague in the prestigious Dvorak Festival. He is also the author of several articles for Choral Journal and Music Educators Journal.