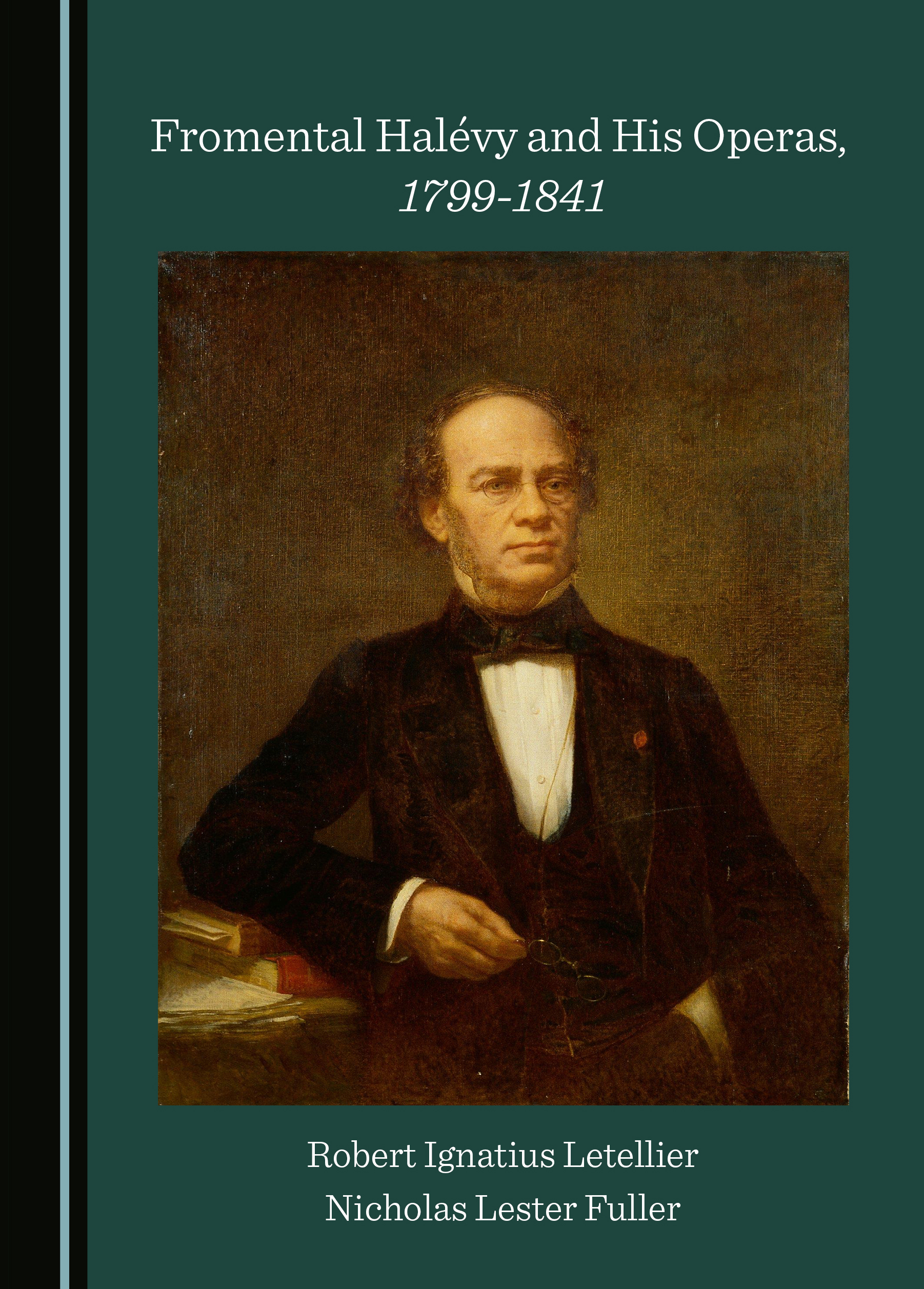 In his lifetime, the opera composer Fromental Halévy was considered the leader of the French school; his admirers included Wagner, Berlioz, and later Mahler. Today, he is chiefly remembered for his grand tragic opera La Juive (Paris, 1835), a unique work exploring the nature of freedom, faith, and tolerance. It has enjoyed rediscovery in recent times, and its perennial challenge to our presuppositions makes it a work of intense artistic significance. Halevy worked in the heady context of Paris after the 1830 Revolution and before the debacle of 1870—when the French capital was at the centre of the operatic world. He wrote some 30 operas in the established genres of grand opéra and opéra-comique. L’Éclair (1835) and Guido et Ginévra (1838) consolidated his success in these genres.

This study throws light on this shadowy figure, looking at his life, his letters, contemporary opinion about him, and, most importantly, his operas. Each one is examined in terms of its origin, libretto, musical features, and place in the vibrant critical journalism of mid-19th century France. The text provides musical examples and something of the rich iconography that accompanied the creation of his works.

Robert Ignatius Letellier is a member of Trinity College, Cambridge and the Institute of Continuing Education, Madingley Hall. He has written extensively about the opera and ballet of the 19th century, and especially on Meyerbeer, Auber and Minkus. He is also the author of a number of source books on opéra-comique and operetta, Romantic literature, the Gothic novel, Sir Walter Scott, and scriptural studies.

Nicholas L. Fuller is a journalist and studied Literature and History at the Australian National University and Sydney University. He has a specialist engagement with French opera of the 19th century, and has written articles on Massenet, Meyerbeer, Gounod, Reyer, and Herold for MusicWeb International. He has also reviewed for Limelight, the Australian classical music magazine.

“The work of Letellier and Fuller of course retraces the life of Halévy, republishes several contemporary monographs, and also offers a fascinating choice of letters (a hundred) that allow us to penetrate the musical climate of the time through the composer's relations with his contemporaries: colleagues, librettists, critics, singers, directors, family... A chapter is devoted to the orchestral innovations introduced by the composer, at the time considered to be of the same level as those of Meyerbeer and Berlioz, and in particular his interest in rare instruments (basset horns that introduce the aria of Eleazar, often replaced by English horns, the mellophone used in The Queen of Cyprus...). This sum in two volumes, totalling more than a thousand pages of text, also contains many annexes: the entirety of the two articles by Richard Wagner mentioned above, an analysis of the theological context of La Juive, a bibliography where Forum Opéra and the author of these lines are fleetingly mentioned (that is to say its quality!). Icing on the cake, or rather icing on the cake, the publisher offers a rich iconography with magnificent central notebooks in color and glossy paper, of more than 150 additional pages each, in the middle of the two volumes (the iconographies of the other works of the same author in this collection were until now in black and white): paintings, photos, extracts of scores, drawings of costumes, models of sets, advertising vignettes. There is also a splendid portrait of Halévy which belongs to the collections of the Musée de la Musique. […] Finally, despite its erudition, the work is easy to read as its style is clear and pleasant. These two remarkable volumes are obviously the absolute reference for the rediscovery of Fromental Halévy, and allow to complete the panorama of the French lyric scene begun with the previous volumes devoted to Meyerbeer and Auber: a beautiful way to renew the Entente cordiale, while waiting for a future where these works will find the scenes.”
Jean Michel Pennetier
Forumopera.com

“These two magnificent volumes of the biography and the operas of the composer Halévy will undoubtedly become a benchmark due to the large amount of data and documentation they provide. The authors are Robert Ignatius Letellier and Nicholas Lester Fuller. Letellier is undoubtedly the greatest specialist on this period of music. His works on Meyerbeer, Auber, French opera and now Halévy certify this. This magnificent work should be consulted by all who come to this fascinating world. […] It is thanks to the magnificent studies that Letellier has carried out on this period that we can approach with greater knowledge of the facts that fascinating and unrepeatable period in the history of opera.”
Domenec Gonzales de la Rubia