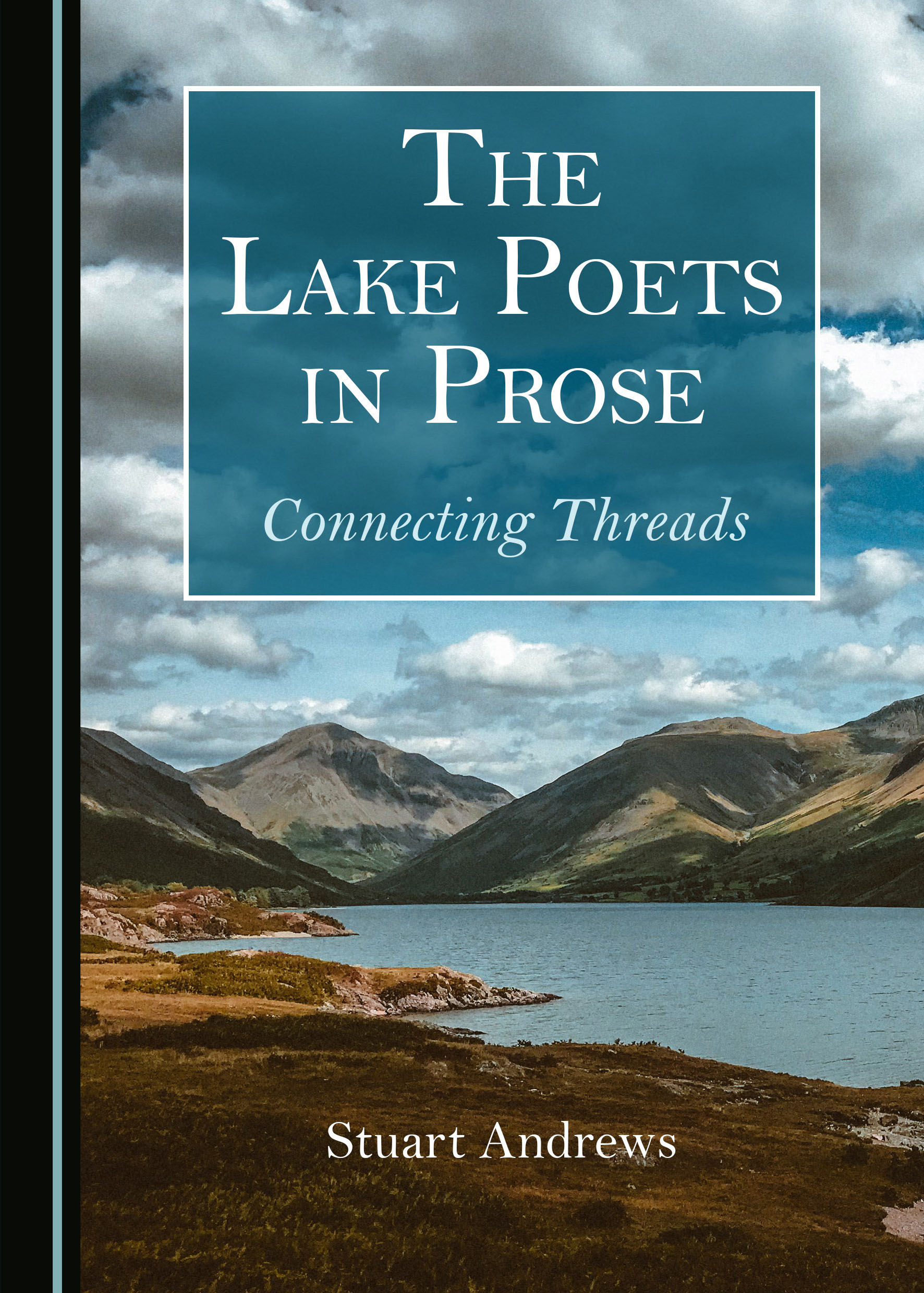 Focused on the Lake Poets’ prose writing—including their journalism and correspondence—this collection of essays challenges some widely held assumptions. Much of the narrative is Bristol-based, as the city’s reference library holds not only much of Southey’s personal library, but the borrowing registers of the old subscription library which still record the titles that Coleridge and Southey borrowed in the 1790s.

It places the poets’ American Susquehanna project, customarily dismissed as the idealistic dreams of Oxbridge students, in the context of European emigration schemes prompted by the American Revolution. Similarly the label “Jacobin,” suggesting French revolutionary brutality, is shown here to be no more apt a description than “Communist” was in 1950s America. However, the book does show that the poets did challenge the government’s social and political assumptions of the day, often from a religious standpoint.

The claim that the three poets abandoned democratic impulses when Napoleon invaded Switzerland is also here rebutted by their involvement—a decade later—in defending the independence of Spain and Portugal, not only against Bonaparte, but against their ancien-régime monarchies. When, in 1815, those monarchs were restored, Southey pinned his democratic hopes on the Portuguese colony of Brazil. At home, amid distress caused by wholesale demobilization and shrinkage of economically viable agricultural land, the poets understandably condemned the rabble-rousers and (correctly) predicted an assassination attempt.

Coleridge and Southey, both youthful Unitarians and (like Wordsworth) devotees of the “religion of nature,” are argued here to have defended the Established Church against Catholic Emancipation, while the two brothers-in-law’s interest in Islam is shown to be more than mere obsessive Orientalism.

Stuart Andrews read History at Sidney Sussex College, Cambridge, where he held a college scholarship and obtained first class honours. For most of his school-mastering career, he taught History and English Literature to university-entrance standards. Taking early retirement in the West Country, he turned to the prose works of the Lake Poets—who were Bristol and Somerset poets first. He has written a number of books on the historical background of the French revolutionary wars, on the post-war economic depression, and on the threat that Catholic Ireland posed to the Established Church.