A Traditionalist History of the Great War, Book II: The Former Earth 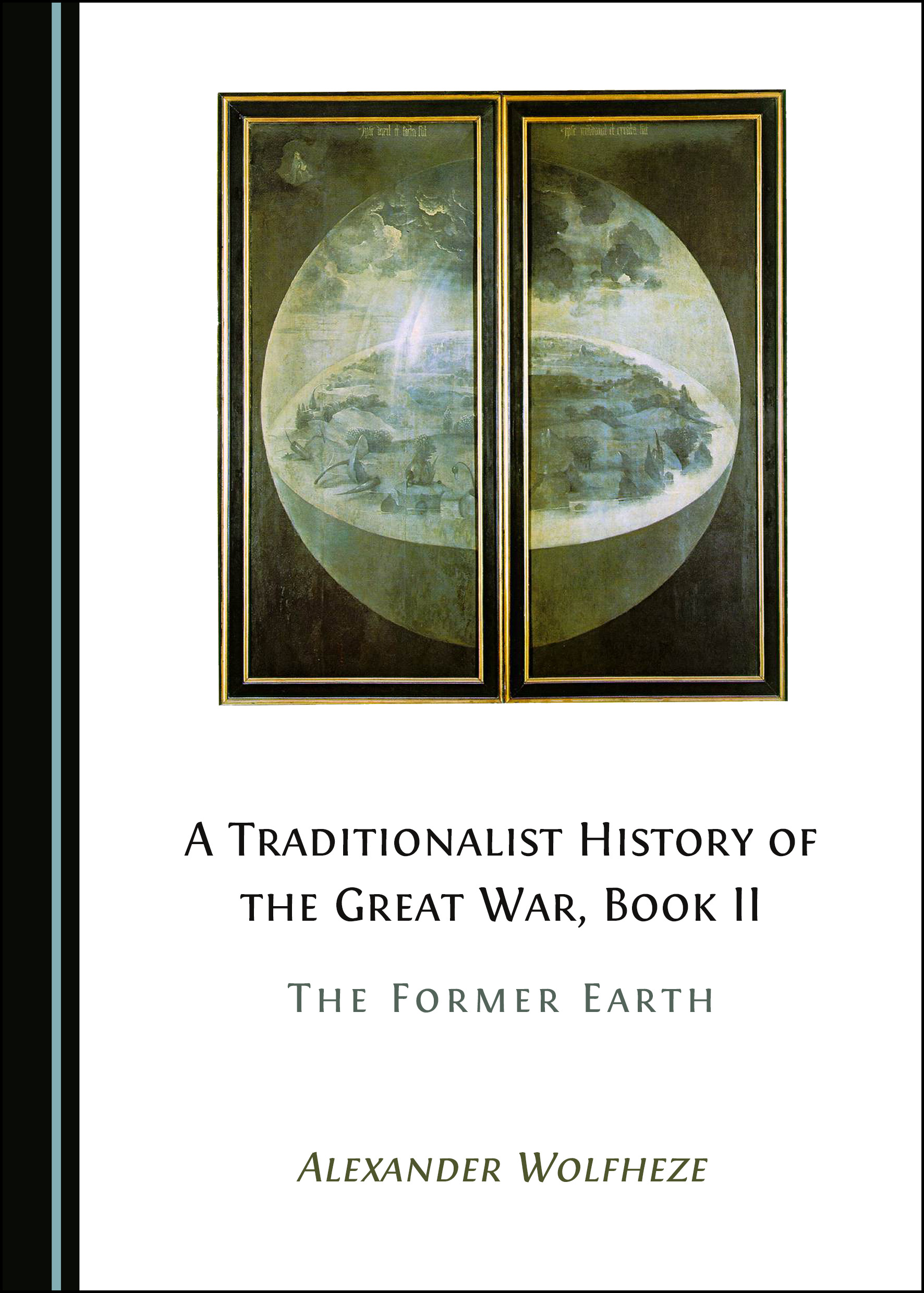 This book analyzes the world of 1914 by combining the approaches of traditionalist hermeneutics and 20th century geopolitics. The juxtaposition of these two frameworks, incorporated in the principles of Sacred Geography and Sea Power, allows for a Traditionalist perspective on the choices facing the Ten Great Powers on the eve of the Great War. The book’s multifaceted approach follows the iconoclastic “culture critique” method of the Traditional School that was developed by René Guénon, Frithjof Schuon and Julius Evola; it shows the pre-war world as essentially different from the post-war world. Thus, the Ten Great Power protagonists of the Great War may be understood on their own terms, rather than through a backward projection of politically-correct values on the existentially different human life-world of 1914. Dislodging the historical-materialist “progress” premise that underpins contemporary academic historiography, this book reasserts the highest claim of the Art of History: meta-narrative meaning.