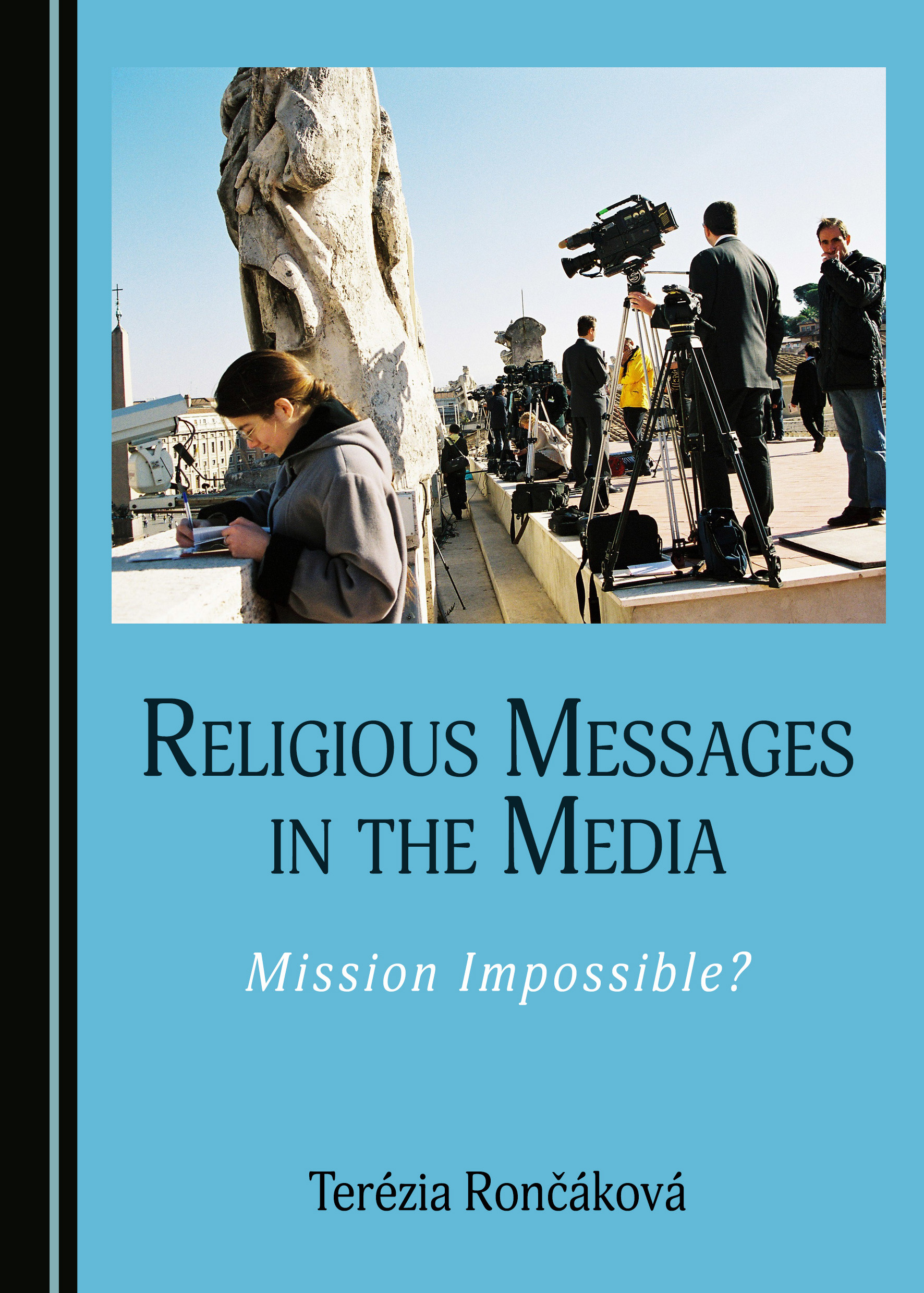 Can religious messages be transmitted through the media? If so, how and why? Taking these questions as its starting point, and focusing on the relationship between media and religion, this book presents an analysis of the relationship between religion and the media. It explores the inherent qualities of media communication channels and codes and the ways in which they affect the dissemination of religious messages, as well as the arguments over religion used in public discourse. The book also presents a critical analysis of church media in Slovakia, and shows that although the media do have the capacity to convey religious messages, they can only do so in a superficial manner and thus do not represent a suitable instrument for mediating deep spiritual content or serving as a vehicle for evangelization. Another key finding here is that the differences between the basic argumentation structures of the religious and secular worlds are irreconcilable, meaning that conservatives and progressives can expect little more than a basic sense of tolerance and decency from each other.

Terézia Rončáková graduated in Journalism from the Faculty of Arts of the Comenius University in Bratislava. She has worked as a journalist for the privately-owned SITA press agency, the Catholic newspaper Katolícke noviny, and at Vatican Radio in Rome. In her scholarly research, she focuses on media studies, specialising in the overlaps between theology and linguistics. A Lecturer in the Department of Journalism at the Faculty of Arts and Letters of the Catholic University in Ružomberok, Slovakia, she is the author of a series of books on religious and media language and journalistic genres. She is also a member of the Ladislav Hanus Fellowship, the Association of the Young Catholic Journalists Network Slovakia, and the Public Affairs Forum.

“Terézia Rončáková is in the privileged place of writing an interdisciplinary book from the position of the exact centre of the intersection that connects the fields presented and the subjects or disciplines under examination. On the one hand, she demonstrates a nuanced knowledge of the history and organization of the Catholic Church and its communication strategies. At the same time, she reveals a rigorous knowledge of the mass-media system and of journalistic processes, especially in the area of religious journalism. From another perspective, this work reveals an extensive knowledge of the most recent and contemporary debates in the interpretation of religious communication, both from a theological perspective and from a sociological perspective. Adding to all of this are the subtle case studies on a number of points of interference between religious logic and media logic from the recent history of Slovakia. Through all these qualities, this book provides a new benchmark for theoretical reflection and, at the same time, offers elements of good practice for quality religious journalism.”
Professor Mihai Coman
Professor Emeritus and Founding Dean, College of Journalism and Communication, Bucharest University, Romania

“[This is a] timely book focusing on the interplay between media and religion which is so underexposed in academia. The author fundamentally illuminates the core problematic zones of the mutual impact of media and religion and gives a comprehensive overview of several key cases within the Slovakian context. Through the lens of this book teachers, researchers and interested readers will deepen their understanding of the mutual expectations of the church and the media as a platform for the optimization of their relations. The book is analytically smart, conceptually rich and highly informative.”
Victor Khroul,
Professor, School of Media, Higher School of Economics, National Research University, Moscow

“This publication is an important publishing project documenting the relationship between sacrum and profanum in the context of religious journalism and Catholic media in Slovakia. The publication has a scientific value due to its sources, research and documentation materials being presented in a synthetic manner, and also offers educational value for journalists dealing with religious issues in the secular and Catholic media. The publication is also a rich source of knowledge and information for shaping and developing communicative competences in transmitting religious content to the media. The book also contains practical advice, guidelines and professional tools for the proper reception of religious content, especially for young people. The entire publication shows the deep concern of the author to present the principles of the journalistic mission in the context of new journalistic and media challenges and needs.”
Professor Michał Drożdż
Dean, Faculty of Social Sciences; Director, Academic Media Center, Pontifical University of John Paul II, Poland