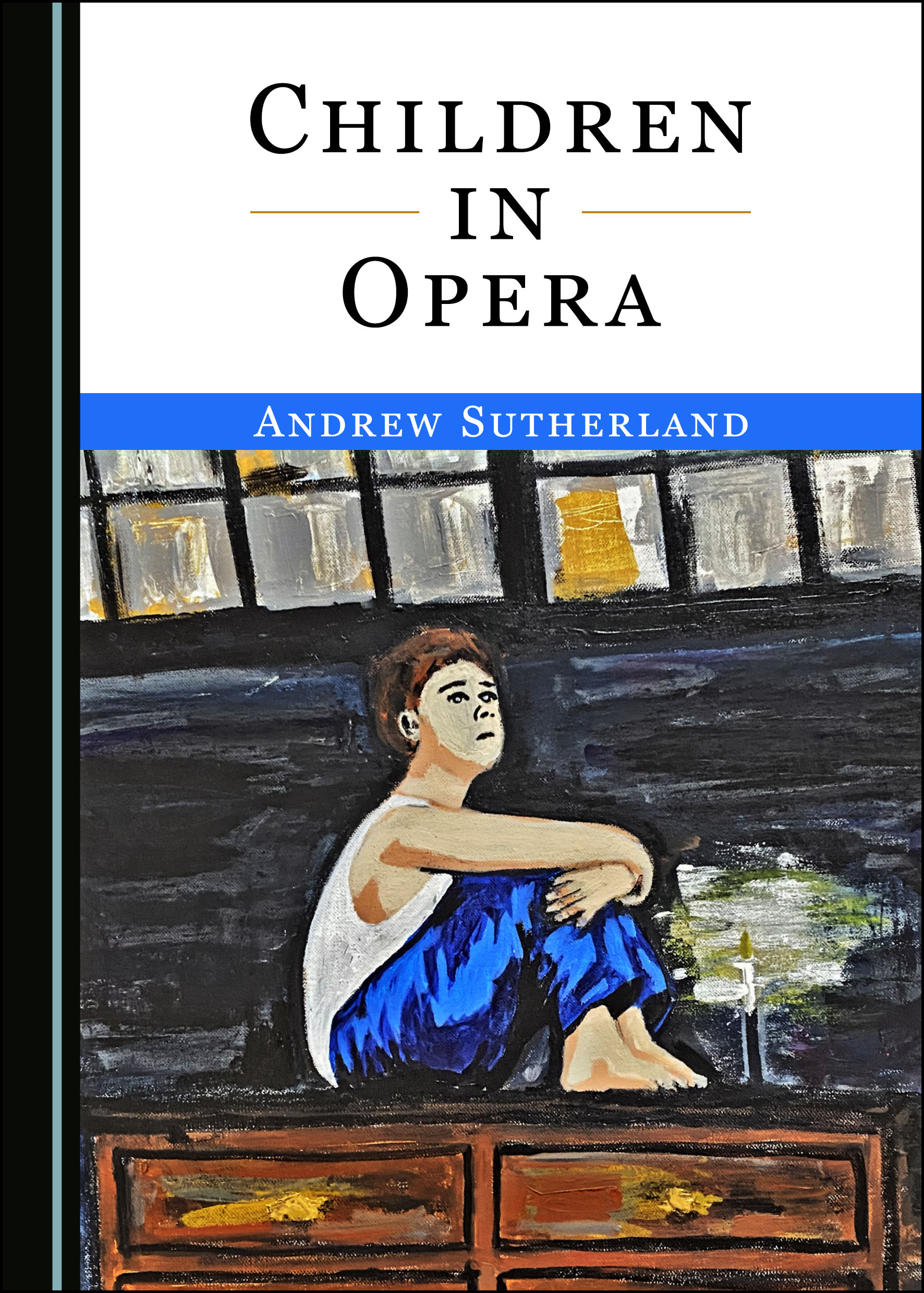 This book provides a musicological investigation into operas that include children. Just over 100 works have been selected here for an in-depth discussion of the composer, the children, and the productions, and around 250 relevant works from around the world are also referenced. Four composers to have most significantly proliferated the medium are discussed in even greater detail: César Cui, Benjamin Britten, Gian Carlo Menotti, and Peter Maxwell Davies. Since opera began, it has been inextricably linked to society, by reflecting and shaping our culture through music and narrative, and, as a result, children have been involved. Despite the contribution they played, for several centuries, their importance was overlooked. By tracing the development of children’s participation in opera, this book uncovers the changing attitudes of composers towards them, and how this was reflected in the wider society. From the early productions of the seventeenth century, to those of the twenty-first century, the operatic children’s role has undergone a fundamental change. It almost seems that contemporary composers of operas view the inclusion of children in some way as ubiquitous. The rise of the children’s opera chorus and the explosion of children’s-only productions attest to the changing view of the value they can bring to the art. Some of the children to have characterised these roles are discussed in this book in order to redress the disproportionate lack of acknowledgement they often received for their performances.

Dr Andrew Sutherland completed degrees in Music at the University of Western Australia, Edith Cowan University, and Monash University, Australia. He has published journal articles on a range of topics relating to music performance, music education, and musicology. Having taught music at all levels in Australia, the UK, and Hong Kong, his interest in music performance by young people has consequently guided much of his research. He has performed throughout the world as a tenor, and his love of opera developed after watching a performance of Britten’s Turn of the Screw at His Majesty’s Theatre in Perth, Australia. He later performed in many operas on the same stage with the West Australian Opera Company.

“Known to Australian audiences as the founder of Perth’s Giovanni Consort and through his appearances with ensembles like The Song Company and West Australian Symphony Orchestra, Sutherland’s research has been shaped by an interest in music performance by young people. That work seems to culminate in this compelling, well-researched book, a musicological survey of over 100 operas that include children. […] The breadth of material Sutherland manages to bring together in this well-written, cohesive book is frequently impressive, and he writes about Australian composers and productions with particular relish and expertise. The Australians featured are Malcolm Williamson, Elena Kats-Chernin, Iain Grandage and Richard Mills, whose works featuring children are ably illuminated by Sutherland’s inquiring mind and deep research. Passion and seriousness of purpose underpins Children in Opera [which] is a must-read for anyone interested in opera history.”
Justine Nguyen
Limelight Magazine, April 2021