Game Theory and Its Applications to Takeovers 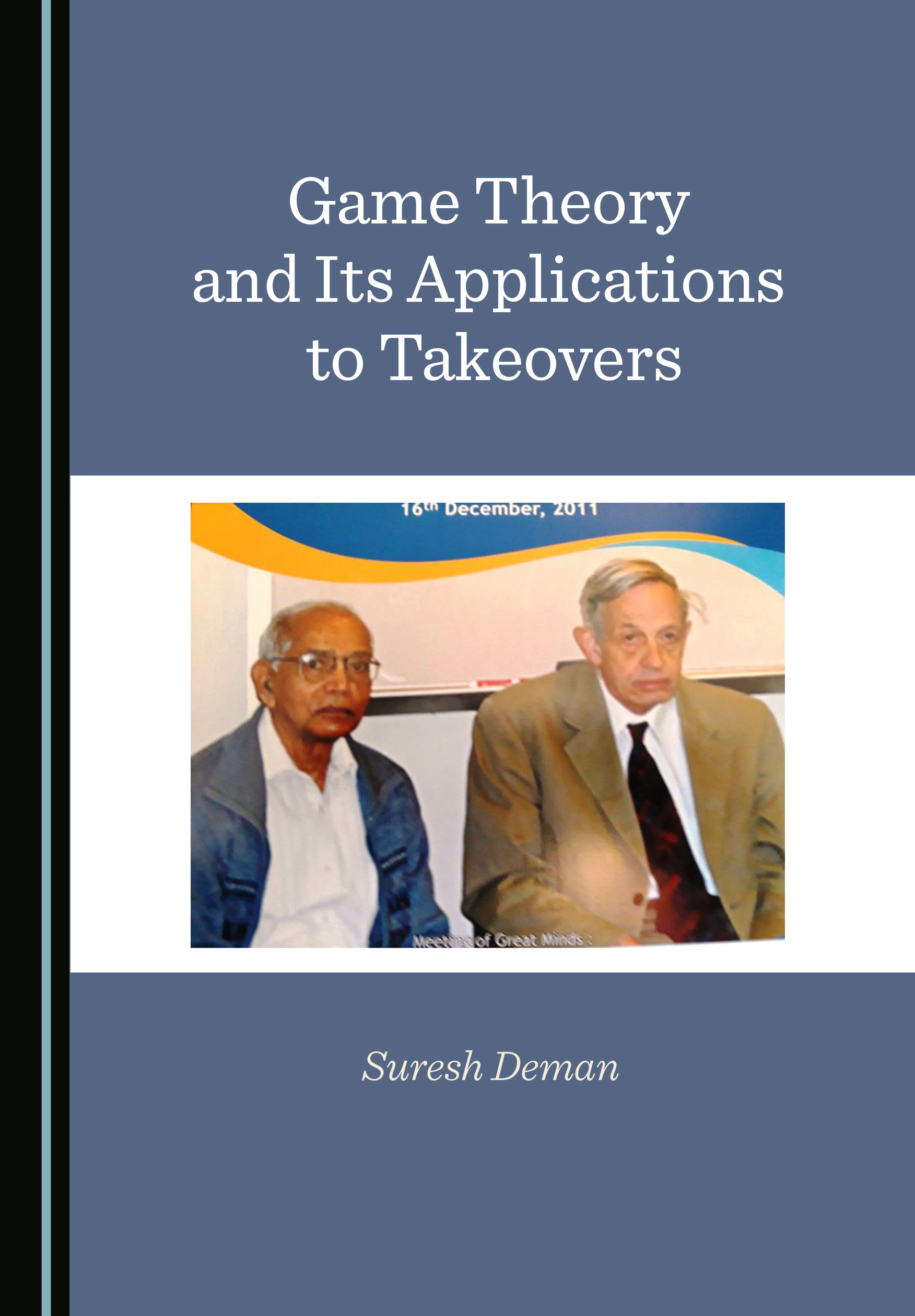 Game theory is an obscure area of the economic sciences. In 1995, the Nobel Prize was conferred upon John Nash, John Harsanyi and Reinhart Selton for their contribution of game theory to economics, which generated a great deal of interest in other disciplines, including the physical and material sciences. However, the beauty of game theory is its application to real world problems. This book commemorates the marriage of the theory and practice, not in heaven, but in the real world.

Professor Suresh Deman is a specialist on mergers and acquisitions and regulations, corporate governance, econometrics and financial modelling and other areas of real estate and finance. He holds an MPhil and a PhD in the area of game theoretic methods and their application in takeovers. His publications include scores of articles in various international journals and two books on the applications of game theory, in honour of C. R. Rao, John Nash, and Lloyd Shapley’s contribution to game theory. He has taught in the USA, Japan, Australia, New Zealand and the UK, and has served on the UNDP/UNCTAD Panel of Experts who made creative recommendation on environment compliance. Currently, he is a Director of the Centre for Economics and Finance, and is a recipient of several awards, including the American Financial Association Best Paper Award in 1996. He also serves on the editorial boards of 22 international journals.