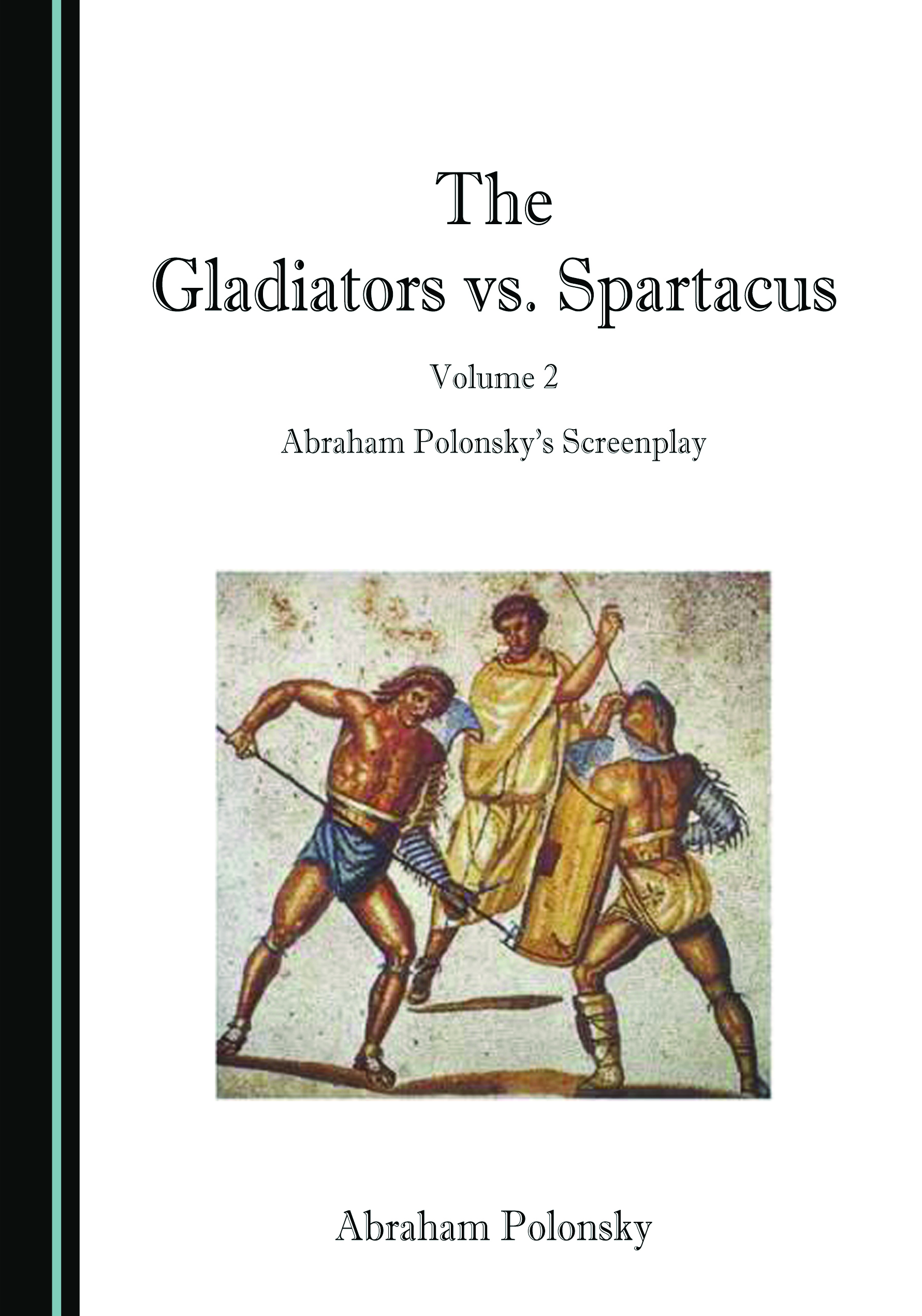 This publication of Abraham Polonsky’s unproduced screenplay for The Gladiators is a tribute to one of Hollywood’s premiere post-WW II directors and writers whose career was severely impacted by the blacklist. His script for The Gladiators survives to remind us that he could, and did, transform a difficult and complex novel of an ancient slave rebellion into a screenplay worthy of Arthur Koestler’s bold fictional vision. Through a combination of the ambivalence of its executive producer and star, plus bad timing, it never went before the cameras. This book is published in the hope that The Gladiators will be produced for cinema or television.

Abraham Polonsky was born in New York City in 1910. He served in WWII with the American OSS in occupied France, and then worked in Hollywood before and after the blacklist. When he retired from writing and directing, he taught filmmaking at several California universities. He died in Beverly Hills, California in 1999.

Fiona Radford earned a doctorate in Ancient History at Macquarie University, Australia, with a thesis titled “The Many Legends of Spartacus: The Production History of a Film”. While at Macquarie, she taught as Lecturer/Tutor of History on Film, as well as Ancient Greece and Rome on Screen. She is a contributor to the volumes Stanley Kubrick: New Perspectives (2015) and A Companion to Ancient Greece and Rome on Screen (2017). She currently teaches History at the Queenwood Girls School in Sydney, Australia.

Duncan Cooper has been a published film historian since 1975, and, in 1990-91, he participated in the restoration of Spartacus. He is the author of a half dozen articles about the production of Spartacus (including its censorship by Universal Studios), and on the historical events upon which it is based. He is currently completing an article on an alternative chronology of the Third Servile (Spartacus) War.

“Perhaps appropriately, this is quite an epic undertaking. There are two volumes that together stretch (with supplementary material and bibliographies) to over 1,000 pages. Anyone interested in the dramaturgy of the Spartacus revolt in Roman history, and in novels and films that represent those events, will find much that is valuable. Central to the project are accounts of two intended Hollywood productions of the late 1950s, both of them written and adapted by blacklisted screenwriters from significant novels on the events, and legends, of Spartacus and the slave revolt against the Roman Empire. […] [For] anyone interested in the problematic history, in issues of adaptation, and in Hollywood processes at the time, when the blacklist was at last being challenged, there is material of great interest. There is also good material on the role of ‘independent’ production companies and key agencies and studios (and their moguls and executives) in the late fifties. Central to the whole publishing project is the figure of Abraham Polonsky, and the work brings to the public domain one of the writer’s unpublished screenplays, exploring it in masterly fashion in historical and literary terms. […] It is good to have the screenplay itself (unfinished as it may be), and the extracts from Polonsky’s 1958 journals are also of particular value, illuminating some of his working methods, key influences (including Henry Adams), and the experience of the blacklist. There is also good treatment of his ‘Triumph of Alexander the Great’ teleplay. (The journal entries were clearly very difficult to decipher and transcribe, and the authors are to be congratulated for their efforts). [This] is a major achievement, indicating impressive scholarship and providing a valuable collection of research. The publishers have done an excellent job in presenting this work.”
Brian Neve
Honorary Fellow, University of Bath, UK