Home / Buy A Book / Social Sciences / Entanglements of Life with the Law: Precarity and Justice in London’s Magistrates’ Courts

Entanglements of Life with the Law: Precarity and Justice in London’s Magistrates’ Courts 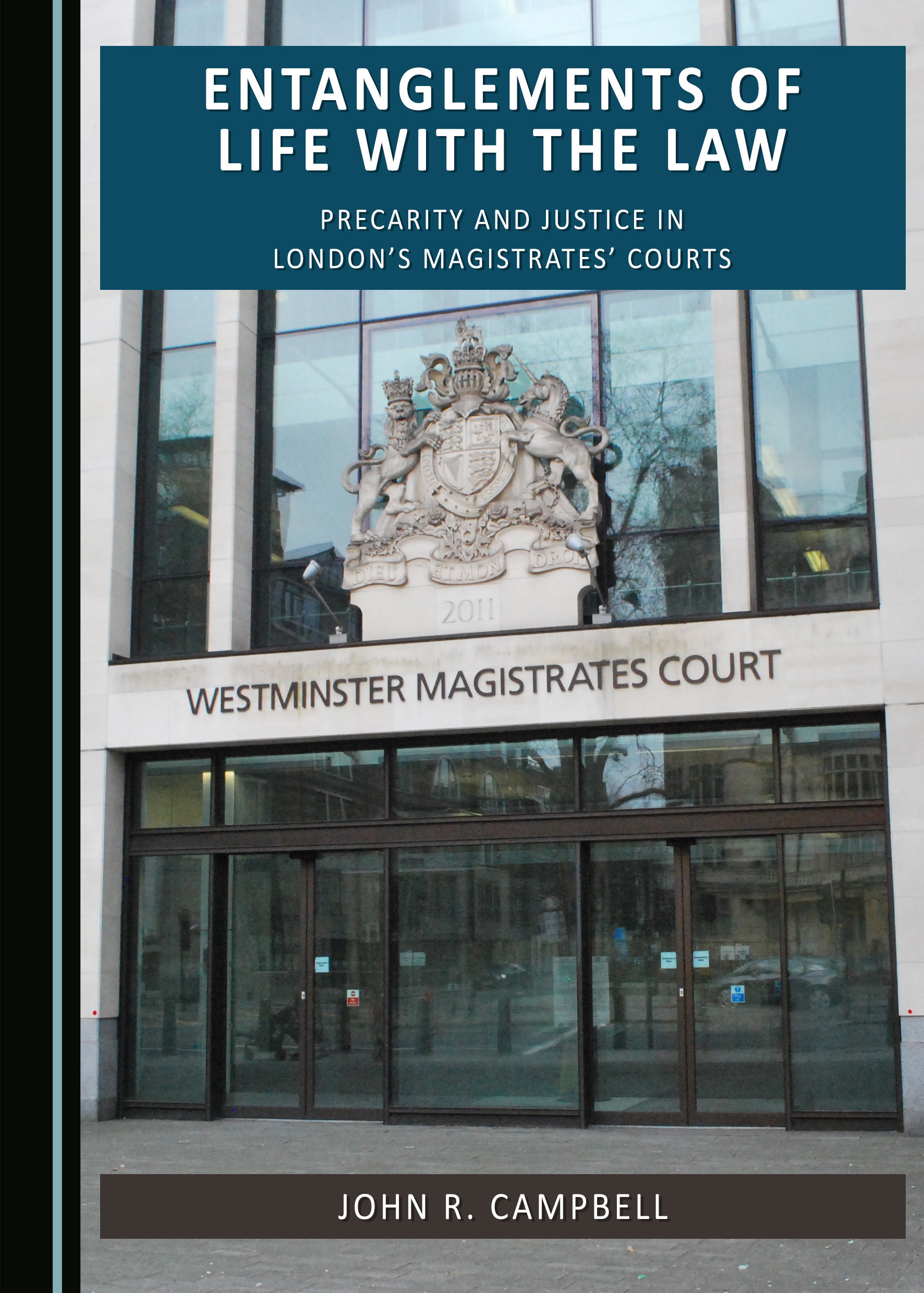 This book examines the quality and nature of justice dispensed in London’s magistrates’ courts which are the lowest level of the United Kingdom’s Criminal Justice System. In 2016, approximately 230,000 individuals were prosecuted for a criminal offence in these courts, of whom about seventy percent pleaded guilty and were sentenced. Curiously, about eighty-five percent of those who pleaded ‘not guilty’ were subsequently tried, found guilty and sentenced. This book addresses a central paradox of criminal justice: how is it that magistrates are able to reach a guilty verdict despite the elusive and complex nature of ‘truth’ and reality?

Research, together with observations of 238 remand hearings and 23 trials has led the author to arrive at some uncomfortable conclusions about a legal system undermined by government austerity policies and lacking in transparency. This book shows that the police fail to investigate most offences, that the Crown Prosecution Service is reliant on the cases which the police want prosecuted, that the quality of legal representation is poor, that magistrates’ decisions may be unjust, and that most defendants are not able to understand or participate in their hearing.

Strikingly, a large percentage of defendants are from London’s ‘precariat’. They are young men who are destitute or who rely on unstable incomes; they are semi-literate, from Black and Ethnic Minority Communities, and their basic rights as citizens are being eroded. Because many are repeat offenders, they are recycled through the Criminal Justice System with limited assistance to address the problems which cause offending. Magistrates’ courts dispense ‘summary justice’ in very short hearings which means that defendants have a limited opportunity to defend themselves. In short, summary justice lacks basic due process rights in a legal process which bears a striking resemblance to ‘justice’ in authoritarian, non-democratic societies.

John R. Campbell is a social anthropologist and is an Emeritus Reader in Anthropology of Law and Africa at the School of Oriental and African Studies (SOAS), London. He has also taught or been a Research Associate at the University of Ghana, the University of Dar es Salaam, Tanzania, and the University of Wales. He has worked and undertaken fieldwork in Ghana, Tanzania, Kenya, Ethiopia, Botswana and the United Kingdom and has written about Africa, international development, refugees, migration and criminal law. His publications include numerous papers and articles, as well as Nationalism, Law and Statelessness: Grand Illusions in the Horn of Africa (2014) and Bureaucracy, Law and Dystopia in the United Kingdom’s Asylum System (2017). Fieldwork for this book was undertaken in thirteen magistrates’ courts in London in 2016 and 2017.