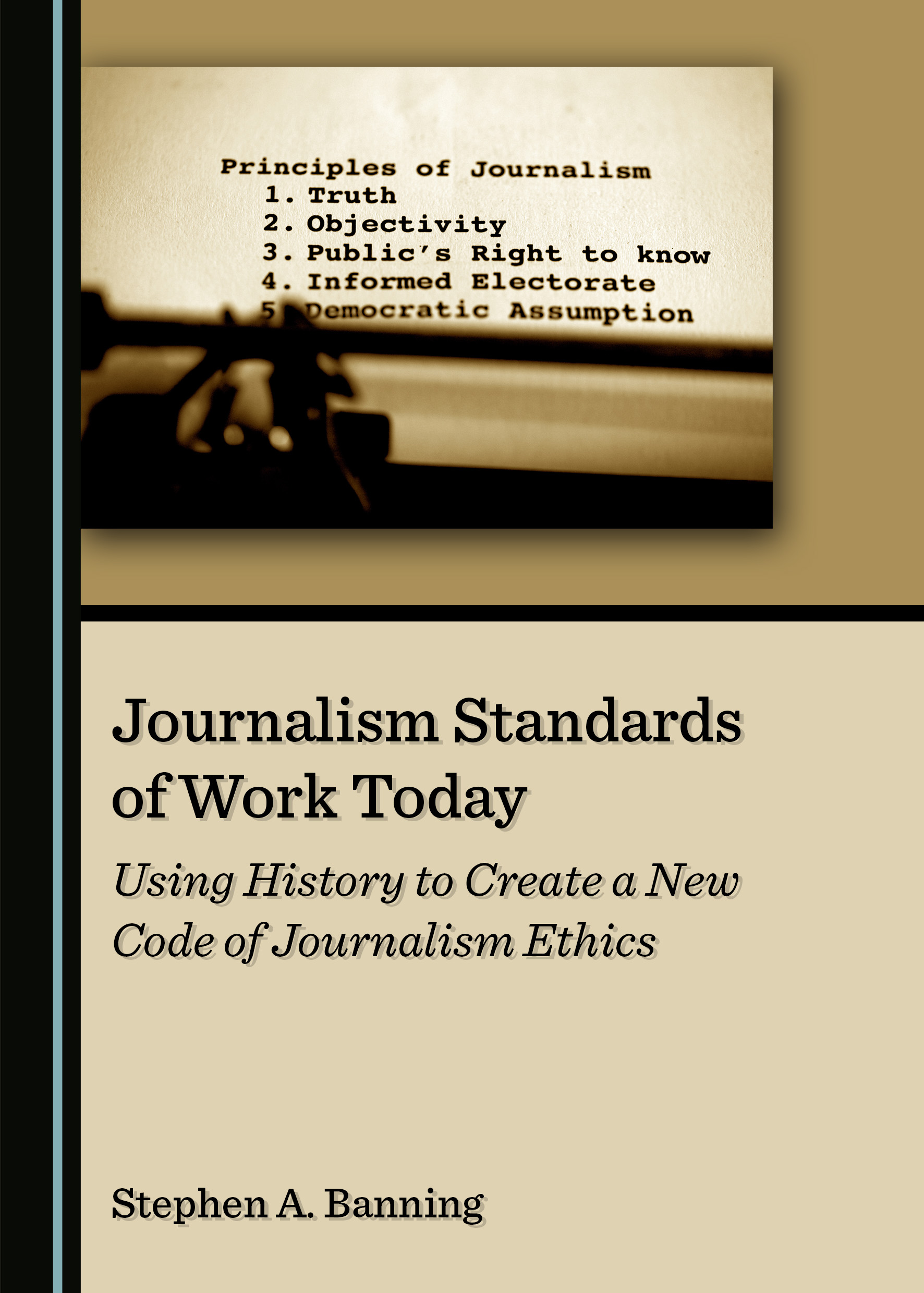 This research examines journalism ethics to answer the questions of whether we still need journalism ethics in the twenty-first century, if it is possible to exercise journalistic standards of work and, if so, on what values should these ethics be based in a world much different from that which existed when the first journalism codes of ethics were formulated in the nineteenth and early twentieth centuries.

To distil the motivations and essence of the early journalistic standards of work, the book discusses the function of media in a democracy and the formation of mass media during the first industrial revolution, as well as its consequential change in journalists’ locus of control and how journalists self-identified. The sudden creation of mass media pushed some journalists to create ethical principles which would guide the newly empowered press, an effort which culminated in the creation of the first national code of journalistic ethics in 1923.

The book closely examines the elements of the 1923 “Canons of Journalism”, finding them to contain timeless values, despite their original application to now dated technology. It highlights the basic elements and applies them to media today, in a way that interfaces with new technology without abandoning the essential components of equipping citizens for representative governance.

Stephen A. Banning has experience as an award-winning journalist, researcher and Associate Professor of Communication at Bradley University, USA. Researching journalism ethics for over 25 years, he has published over 35 peer-reviewed articles and book chapters, many on the ethical practices of journalism in a democratic society. A graduate of the University of Missouri School of Journalism, he brings both a journalist’s understanding and a researcher’s skepticism to changing journalistic mores and standards of work.