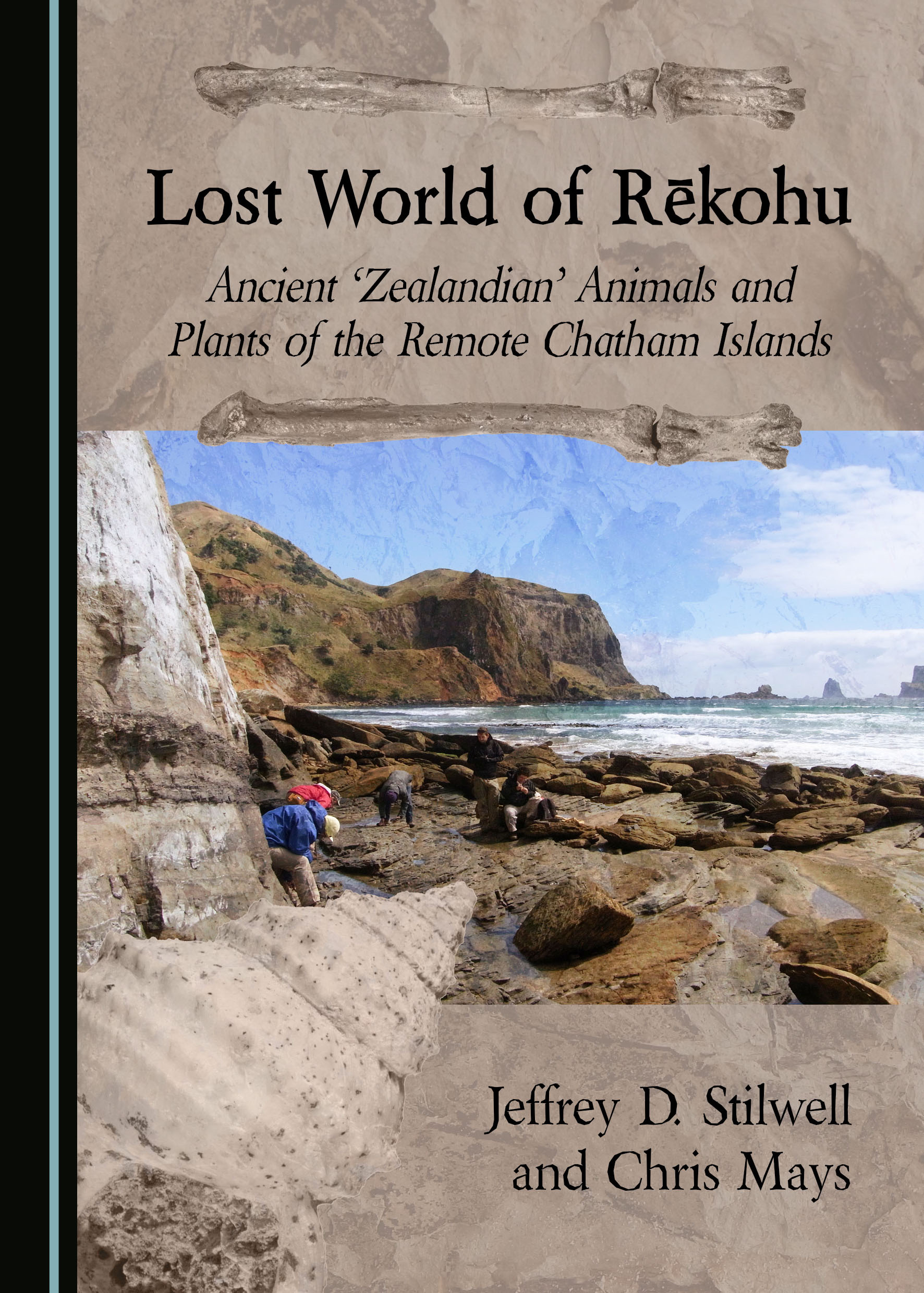 Lost World of Rēkohu explores the extraordinary fossil record of one of the most remote regions of the planet—the Chatham Islands. Once the home of the mysterious Moriori people, this archipelago approximately 850km east of mainland New Zealand preserves a rock archive from a dynamic time in Earth’s history when the southern continents were land-locked together near the South Pole 100 million years ago. Isolated for 83 million years, we now know since the dawn of the new millennium that this ancient region was heavily forested with both avian and non-avian dinosaurs, and the warm waters hosted the largest sea monsters—marine reptiles—that ever lived. This diversity of life on land and in the sea tells a tale never told before in Zealandia, the Moriori’s magical land of the ‘Misty Skies’.

Associate Professor Jeffrey D. Stilwell received his PhD from the University of Otago, New Zealand, in 1995, and is recognized as a high-achieving scientist and palaeontologist, globally renowned for his long-term research on ancient polar greenhouse Earth environments and ecosystems. An academic at the School of Earth, Atmosphere and Environment at Monash University, Australia, he has published over 70 articles and five books in the fields of geology and palaeontology, including the first comprehensive synthesis of the entire fossil record of Antarctica, published in 2011. He is currently working with many Australian, New Zealand and international colleagues to learn more about the evolutionary heritage of southern Gondwana during critical intervals in Earth’ history.

Dr Chris Mays’ research interests focus on the palaeoenvironments and floral ecosystems of the south polar and sub-polar regions during past greenhouse intervals. He received his BSc in 2008 from the University of Melbourne, and his PhD in 2012 from Monash University, Australia. From 2012 to 2017, he was undergraduate lecturer and postdoctoral researcher at Monash University’s School of Earth, Atmosphere and Environment. In 2016, he was awarded the inaugural Mary Wade Award by the society for Australasian Palaeontologists for the publication of his monograph on the mid-Cretaceous plant fossils of the Chatham Islands. Most recently, he has undertaken a postdoctoral fellowship at the Naturhistoriska riksmuseet (the Swedish Museum of Natural History), Stockholm. This project focuses on the extinction and recovery trends of flora during the end-Permian mass extinction, the most devastating extinction event in Earth’s history.