Secret Services, 1918-1939: Their Development in Britain, Germany, and Russia 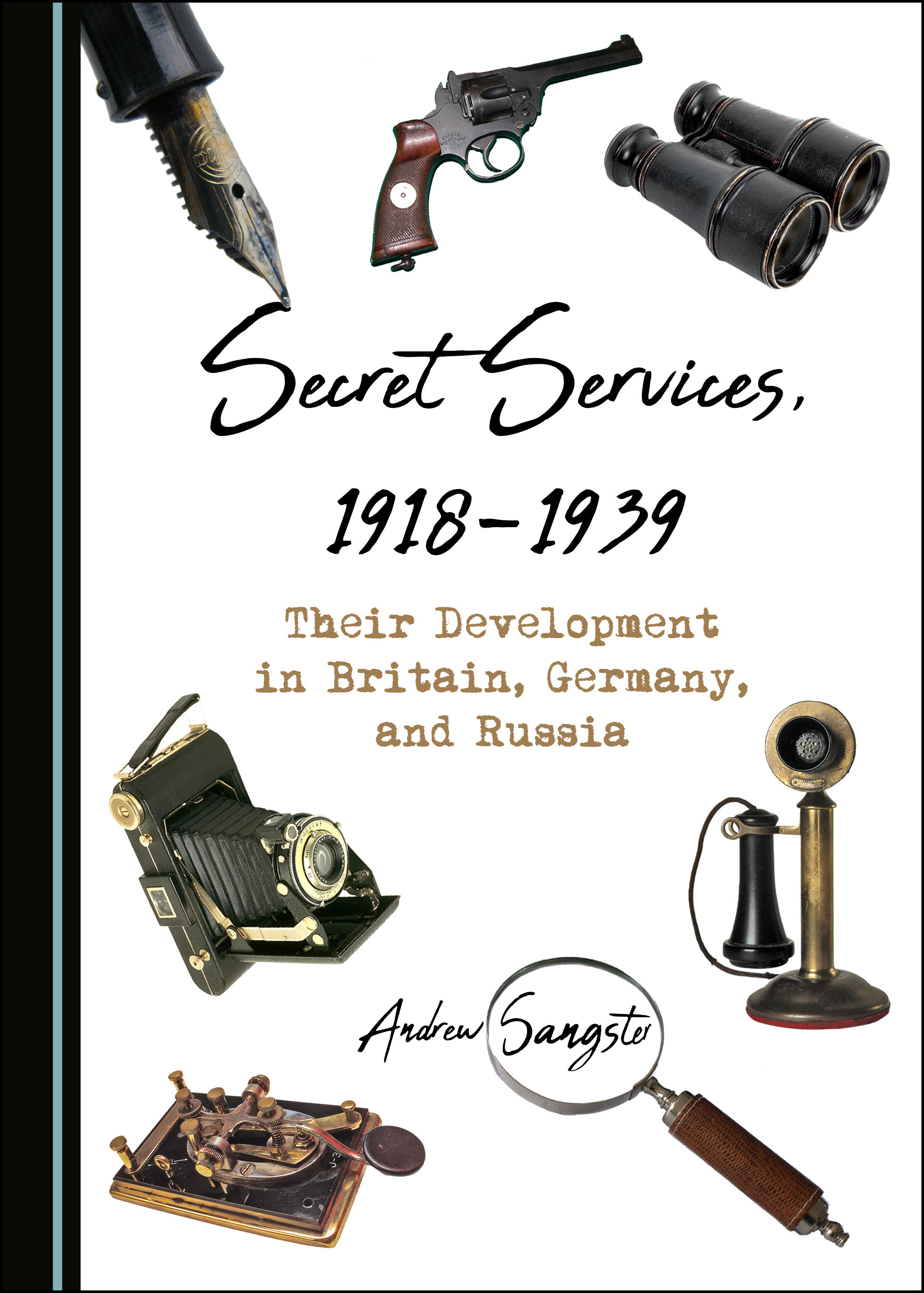 This book examines the nature of the secret services and the role of the secret police in Britain, Russia, and Germany during the interwar years. It traces the growth of the secret services and police in these countries, indicating how they differed in their development. The SIS (MI6), MI5 and Special Branch in England appeared more like a Gentleman’s Club from Eton and Oxbridge, especially when compared to the German Gestapo, SS-SD, and Abwehr in Germany, and the Cheka, GPU, NKVD and KGB in Stalinist Russia. The British were short of money and resources, while the Germans were interested in establishing their services, and the Soviet Union poured in money, but with the emphasis on internal repression. It was the emerging signals of another World War which defined the shapes of their secret services, which later had long-term consequences for the Cold War.

Dr Andrew Sangster is the author of several history books and magazine articles, and he co-authored a book with Pier-Paolo Battistelli, an Italian historian. His publications include Pathway to Establishment and Nazi Thug to British Mayor. He has written several biographies of notable figures, including Lord Alanbrooke, Beria, Field Marshal Kesselring, Göbbels, Himmler, Göring, and Franco. He is also the author of a history of France from 1936 to 1946, entitled The Agony of France, and An Analytical Diary of 1939-40. In his book Two and a Half Deserters, he studied the events leading up to desertion in the Italian campaign through the eyes of three nationalities. Of this last book, Sir Michael Howard wrote “I have seldom read anything that deals so well with the ‘underside of war.’” Although ordained as a priest, he has spent half of his working life in education at secondary and tertiary levels, and he holds a doctorate in Modern European History, as well as degrees in Law, Theology, English, and History.