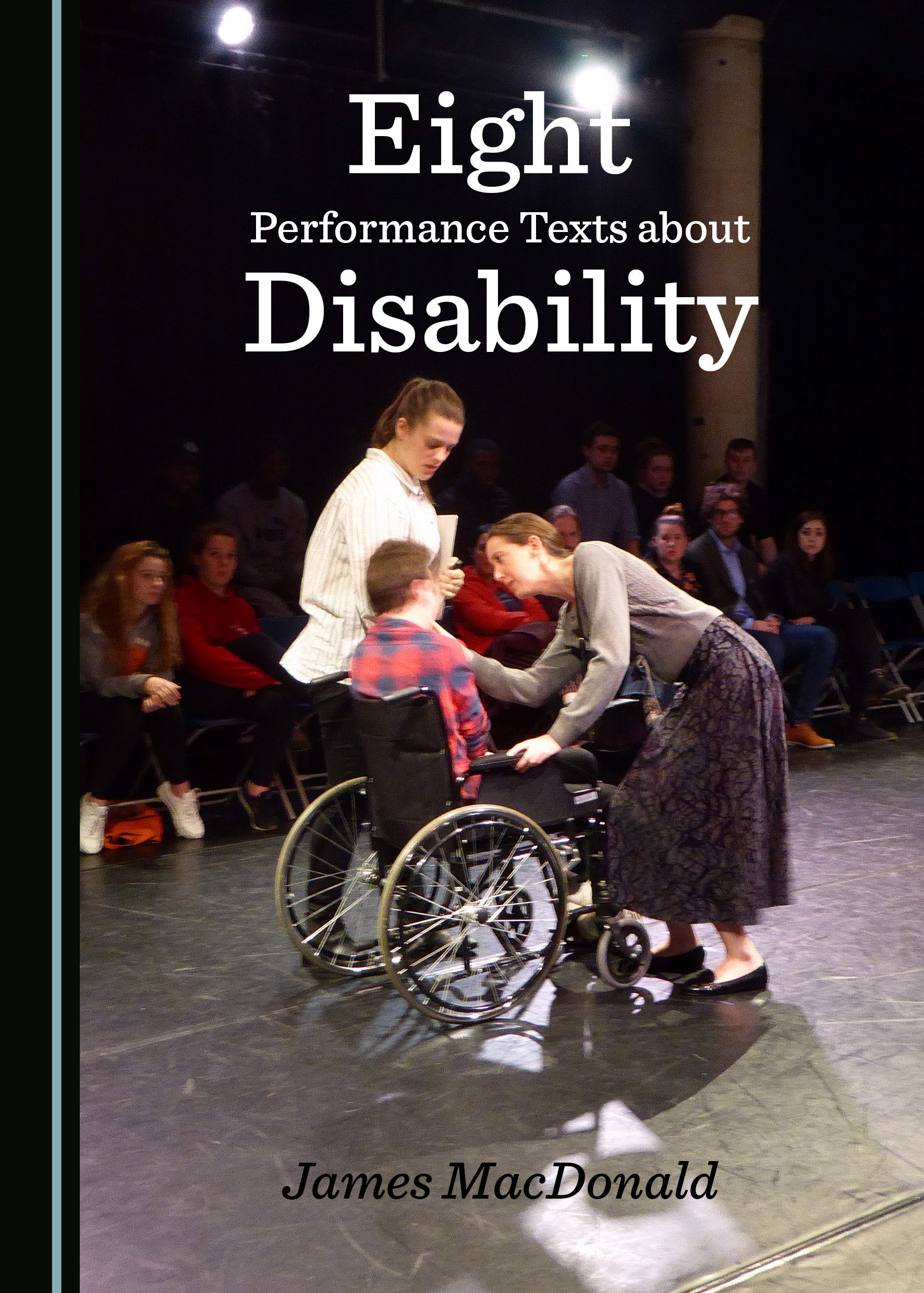 The performance texts (for pre-existing groups of performers) gathered here explore issues surrounding the phenomenon of disability in our 21st century culture. They pose vital questions about the nature of inclusion, what it means to be ‘different’, and how equipped we are to accept ‘diversity’. Each was performed as part of an undergraduate module in interpretive performance in Exeter University’s adventurous drama department, and they offer challenging roles for each cast member, providing ample scope for ensemble acting and group production.

Two of the texts cover historical subjects (the turbulent 16th century and the assassination of Abraham Lincoln and its aftermath) in exciting and accessible ways. All were eagerly performed by students who enjoyed the opportunity to work together with evenly divided roles.

James MacDonald was born with life-defining cerebral palsy and has been writing performed plays for 40 years. He holds a doctorate and a fellowship in Drama from the University of Exeter, UK, and has been working with drama undergraduates for more than 30 years. His essays on disability have been published in Boulevard and Studies in Theatre and Performance.