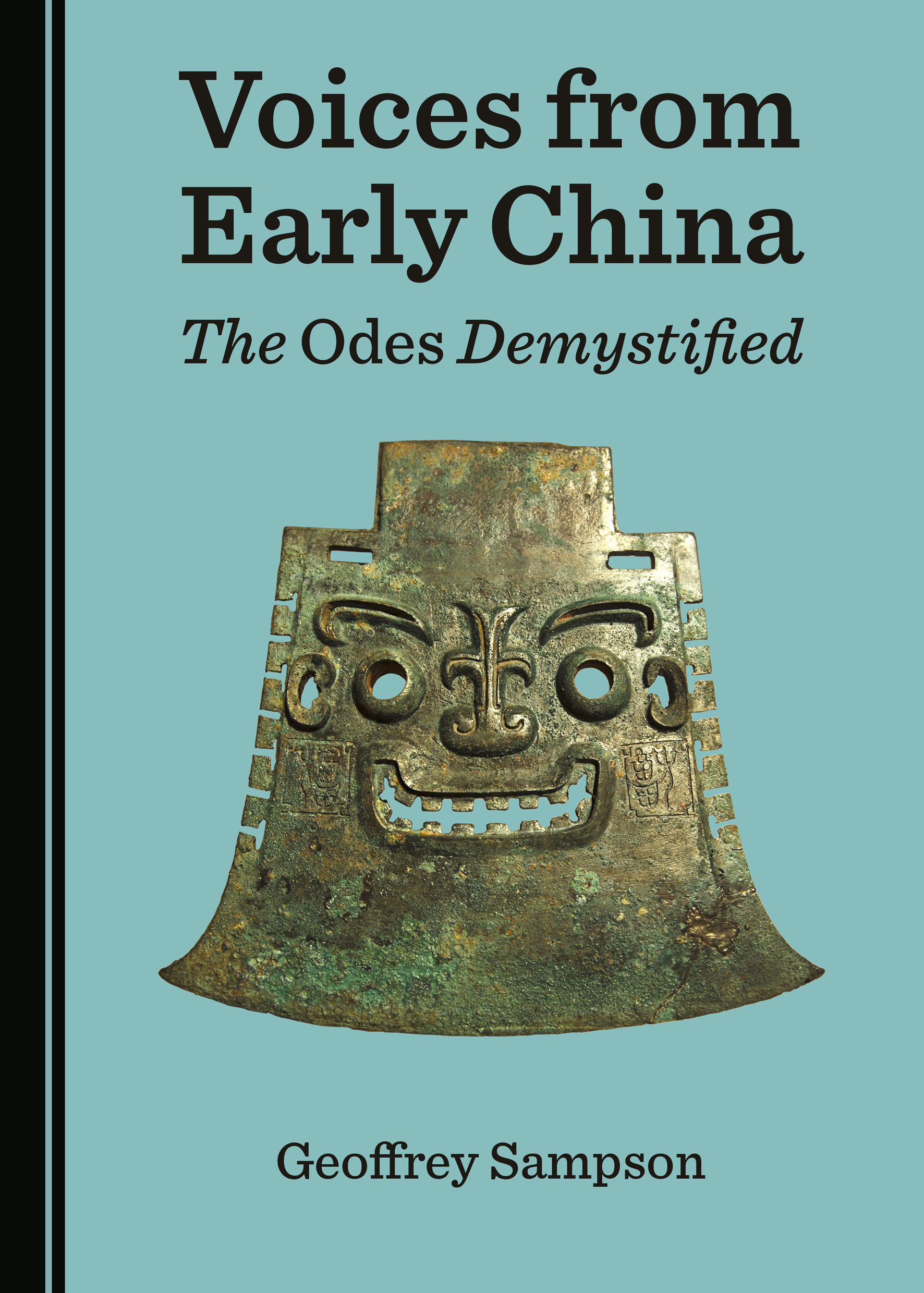 The Chinese “Book of Odes” (Shijing) is a collection of 305 poems dating from between 1000 and 600 B.C., and, thus, is one of the earliest literary works in any living language. It offers vignettes of life in an almost unimaginably remote society; many of the poems have great charm, for instance, some are authored by women about their love problems. (For such early literature it is remarkable how many poems are by women.) Over the centuries the content of the Odes has become obscured by developments in the Chinese language, by prudishness and pomposity on the part of commentators, and because earlier translators were often more interested in philological technicalities than in the poems’ human significance. This book cuts through these obscurities to present a new translation into straightforward, down-to-earth English.

The Odes are the earliest rhyming poetry in any language, and they make use of alliteration and assonance to achieve their poetic effects, but changes in the sounds of modern Chinese have destroyed all this speech-music. This book restores it: alongside the author’s translations, it spells the Chinese wording out in the sounds used by the original poets—something which has only recently become possible through advances in the reconstruction of Old Chinese speech.

Geoffrey Sampson studied Chinese language and civilization at Cambridge and Yale Universities. Beginning his career as a Fellow of Queen’s College, Oxford, he went on to teach and research at several British universities, interspersed with visiting professorships at the Royal Signals and Radar Establishment, BT Research, and universities in Switzerland and South Africa. He retired from a South African university in 2016.

“[An] English translation of the Odes, along with the original Chinese texts and more importantly the pronunciation from some 3,000 years ago, must have long been yearned for. Sampson’s new book accomplishes this […] The strengths of this book are manifold. Not only does it introduce some of the most important classical texts of ancient China to Western readers in a readable and pronounceable way, it also popularizes historical linguistic results by integrating them into a non-academic publication”
Yunfan Lai and Johann-Mattis List
Max Planck Institute for Evolutionary Anthropology, Leipzig, Germany; Bulletin of the School of Oriental and African Studies, University of London