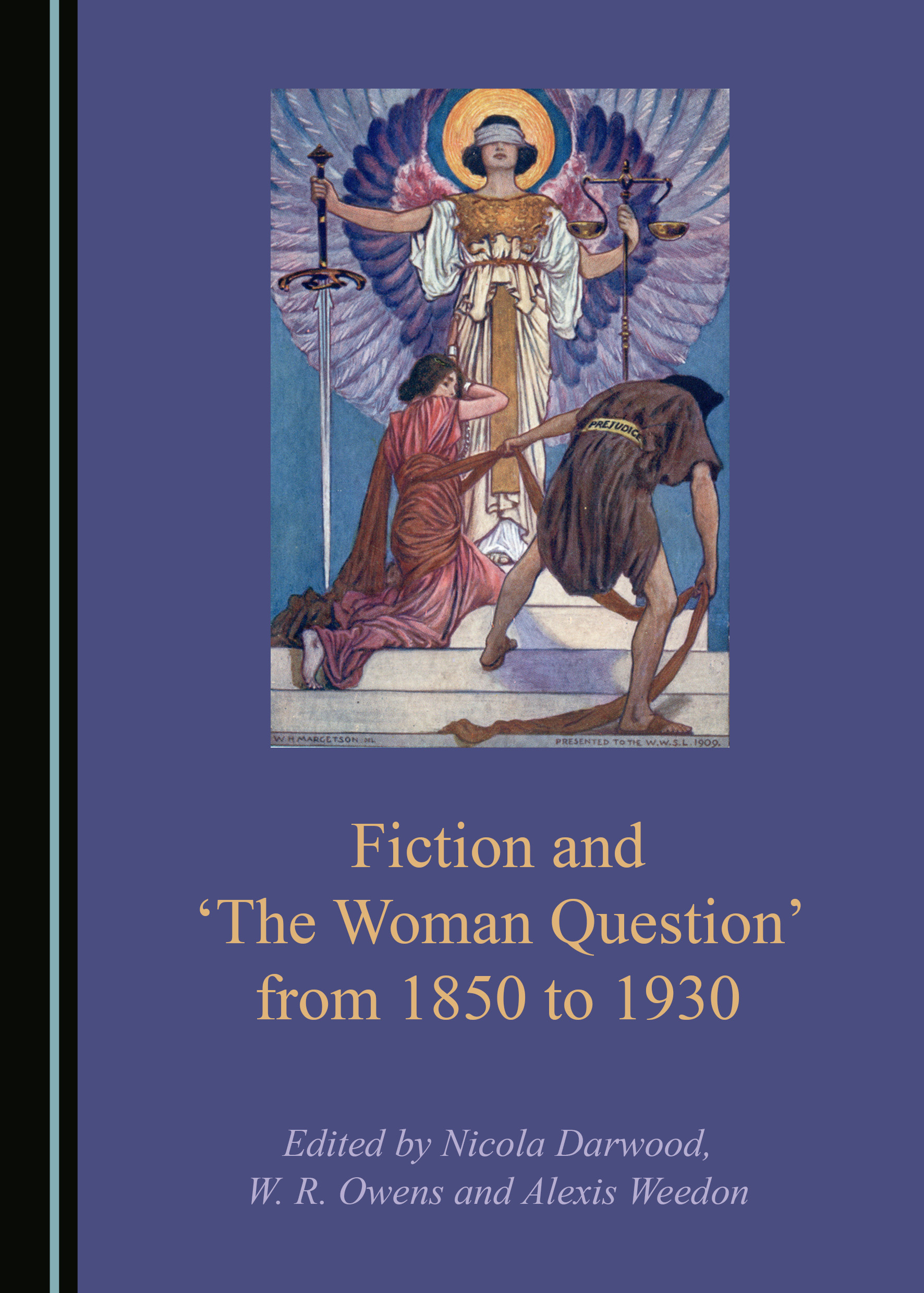 This book is about how ‘The Woman Question’ was represented in works of fiction published between 1850 and 1930. The essays here offer a wide-ranging and original approach to the ways in which literature shaped perceptions of the roles and position of women in society. Debates over ‘The Woman Question’ encompassed not only the struggle for voting rights, but gender equality more widely. The book reaches beyond the usual canonical texts to focus on writers who have, in the main, attracted relatively little critical attention in recent years: Stella Benson, Kate Chopin, Marie Corelli, Dinah Mulock Craik, Clemence Dane, Arthur Conan Doyle, George Gissing, Ouida, and William Hale White (who wrote under the pseudonym ‘Mark Rutherford’). These writers dealt imaginatively with issues such as marriage, motherhood, sexual desire, adultery and suffrage, and they represented female characters who, in varying degrees and with mixed success, sought to defy the social, sexual and political constraints placed upon them. The collection as a whole demonstrates how fiction could contribute in striking and memorable ways to debates over gender equality—debates which continue to have relevance in the twenty-first century.

Nicola Darwood is a Senior Lecturer in English Literature at the University of Bedfordshire, UK. Her publications include A World of Lost Innocence: The Fiction of Elizabeth Bowen (2012), and she is co-editor of The Elizabeth Bowen Review.

W. R. Owens is Emeritus Professor of English Literature at the Open University, and Visiting Professor at the University of Bedfordshire, UK. He has published widely on the works of John Bunyan and Daniel Defoe, including, most recently, co-editing (with Michael Davies) The Oxford Handbook of John Bunyan (2018). He is one of the editors of the annual publication, Bunyan Studies.

Alexis Weedon is Professor of Publishing at the University of Bedfordshire, and Director of the Research Institute for Media, Arts and Performance, UK. Her publications include Victorian Publishing: The Economics of Book Production for a Mass Market (2003), a five-volume edited collection The History of the Book in the West (2010), and a co-authored book Elinor Glyn as Novelist, Moviemaker, Glamour Icon and Businesswoman (2014).