Home Front in the American Heartland: Local Experiences and Legacies of WWI 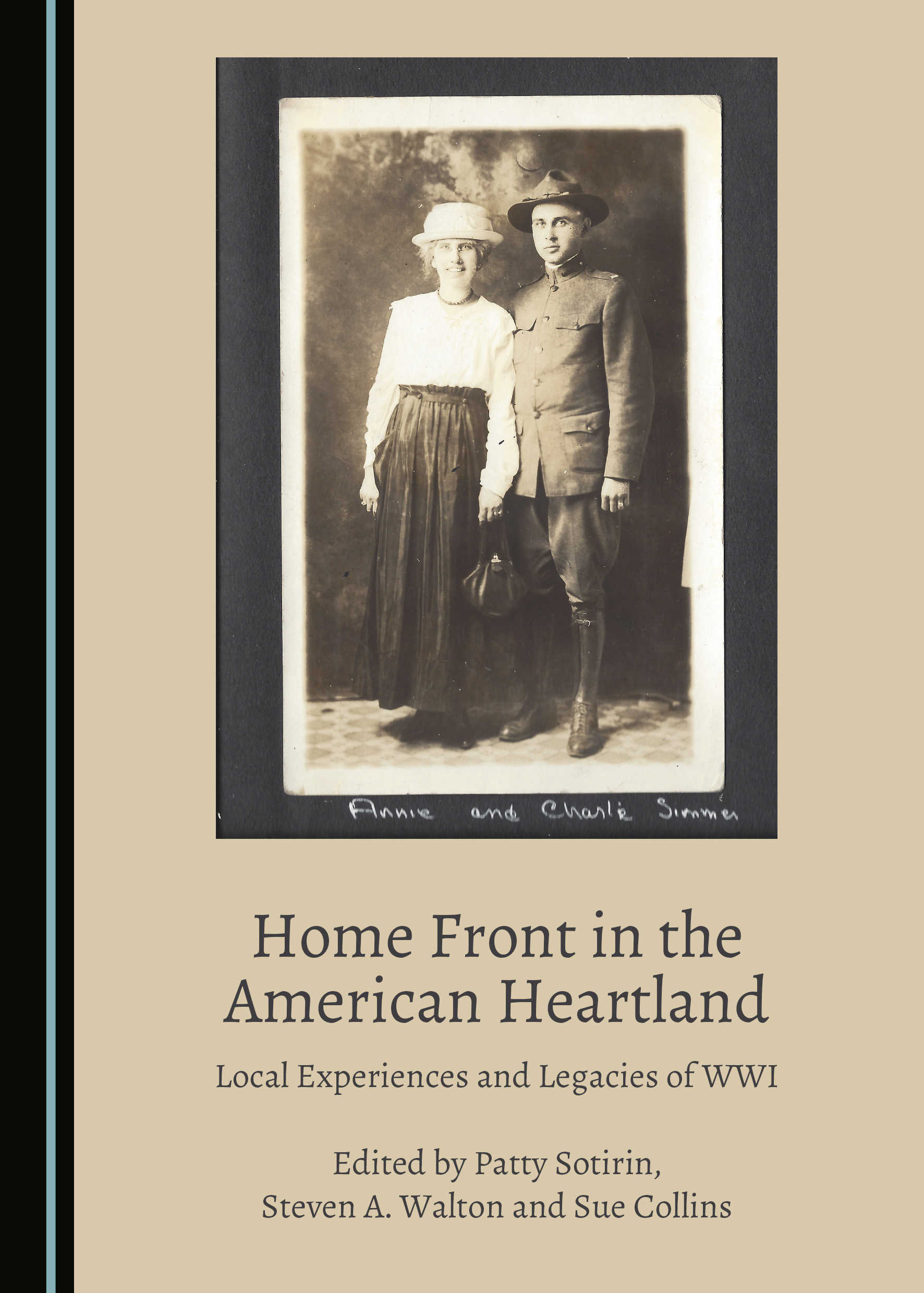 This collection offers a multifaceted exploration of World War One and its aftermath in the northern American Heartland, a region often overlooked in wartime histories. The chapters feature archival and newspaper documentation and visual imagery from this era. The first section, “Heartland Histories,” explores experiences of conscription and home front mobilization in the small communities of the heartland, highlighting tensions associated with patriotism, class, ethnicities, and locale. In one chapter, the previously unpublished cartoon art of a USAF POW displays his Midwestern sensibilities. Section Two, “Homefront Propaganda,” examines the cultural networks disseminating national war messages, notably the critical work of local theaters, Four Minute Men, the Allied War Exhibitions, and the local commemorative displays of military relics. Section Three, “Gender in/and War,” highlights aspects often over-shadowed by male experiences of the war itself, including the patriotic mother, androgynous representations in wartime propaganda, and masculine violence following the war. Together, this volume provides rich portraits of the complexities of heartland home front experiences and legacies.

Patty Sotirin is Professor of Communication in the Department of Humanities at Michigan Tech University. Her research areas are feminism, communication, cultural studies, and qualitative research methods. She has published on kinship and family, pink collar work, qualitative data, women in academe, active duty breastfeeding, and military mothers.

Steven A. Walton is Associate Professor of History in the Department of Social Science at Michigan Tech University. He works on military history, history of technology, and industrial heritage, and has recently published on early modern gunnery, nineteenth-century iron mining and ironworks, and an edited Antebellum travel diary. He also edits the journals Vulcan and IA.

Sue Collins is Associate Professor of Communication, Culture, and Media in the Department of Humanities at Michigan Tech University. Her research interests include media and cultural history, political economy of media industries and popular culture, and critical cultural policy studies. She has published on World War I and Hollywood, war and propaganda, film history, and celebrity and activism.

“The multi-disciplinary collection of essays is essential reading for anyone who would understand the diverse impacts of the First World War on the northern American heartland, a region which, despite its importance, histories of the United States during the war of 1914-1918 all too often neglect.”
Dr John H. Morrow, Jr.
Franklin Professor of History, University of Georgia; 2019 Recipient of the Pritzker Military Museum & Library Literature Award for Lifetime Achievement in Military Writing