Benjamin Jesty, the Grandfather of Vaccination 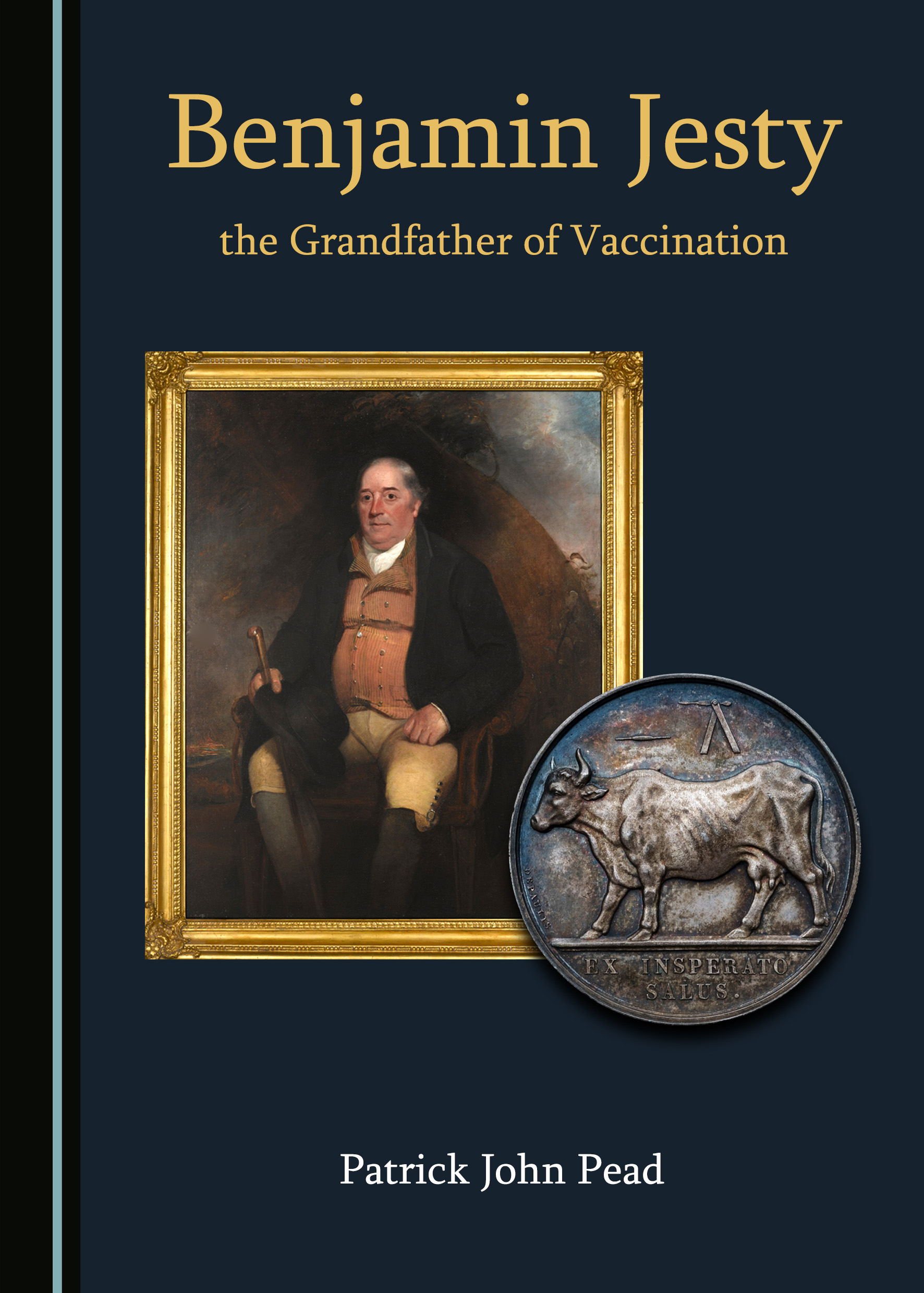 Benjamin Jesty has been described as ‘the man history forgot’. Spanning the late 18th and early 19th centuries, this book tells the story of the ingenious Dorset farmer who used cowpox as a vaccine to protect his family against the dreaded disease of smallpox in 1774. This happened 22 years before Dr Edward Jenner used a similar process.

The origins of vaccination have always been clouded in controversy. Probing previous accounts flawed by myth or subjectivity, this text sets the record straight. Man’s early attempts at stimulating immunity are rooted in folk wisdom of the distant past. Vaccination was not a ‘discovery’ or a ‘medical breakthrough’, but a development from variolation, substituting cowpox as an inoculum instead of smallpox.

Analysing relevant primary sources with an innovative approach, this book reveals the geographical extent of awareness of Jesty’s endeavour in Georgian England, confirms his priority, and seeks to establish his Intellectual Property for the first use of an empirical vaccine.

Jenner brought vaccination to the world. His achievement will always take precedence, but the findings of this new research suggest it is now time to honour Benjamin Jesty with the credit he deserves.

Patrick John Pead is a microbiologist who worked for the Public Health Laboratory Service, specialising in the scientific diagnosis of human virus diseases. Shortly after taking early retirement, he was invited to assist with academic research in the Departments of Molecular Microbiology and Immunology at the School of Medicine within the University of Southampton, UK. In 2011, he was awarded Fellowship of The Historical Association for his work on Benjamin Jesty.

“[This book is] meticulously researched text, against which any future biography will require to be compared.”
Journal of Medical Biography

“This book is well written and is a true labour of love, providing an extremely thorough account of Jesty’s role in the discovery of vaccination.”
British Society for the History of Medicine

“I hope to make good use of [this book] in my history of medicine teaching at Durham.”
Professor A-H Maehle
History of Medicine and Medical Ethics, Durham University, UK

“[This] book on Benjamin Jesty, which looks fantastic, I will recommend to all here.”
Professor Mark Jackson
Director, Centre for Medical History, University of Exeter, UK

“I will recommend [the book] to both medical and history students as a useful resource.”
Professor Sally Sheard
History of Medicine, University of Liverpool, UK

“I will bring the book to the attention of my colleagues and our students.”
Professor Malcolm Nicolson
History of Medicine, University of Glasgow, UK

“[It is] a significant contribution to history.”
Professor Jeffery Baker
Duke University, USA

“I am at a loss for words to convey my admiration for [this work’s] achievement.”
Professor Samuel Katz
Duke University, USA