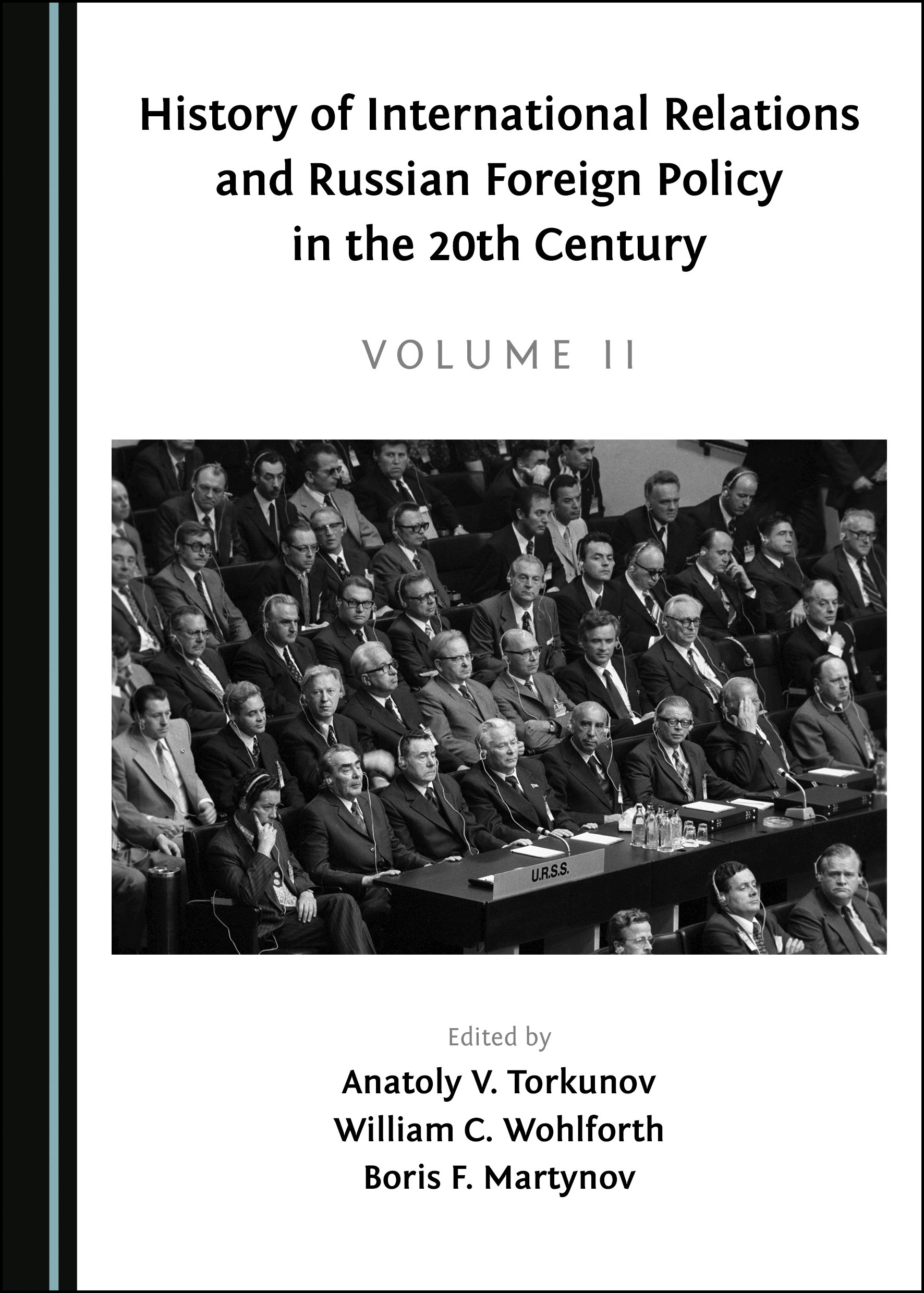 This second volume, focusing on 1945-1991, unpacks the reasons for the Cold War and takes the reader through its ebbs, flows and unexpected end. How did the allies of World War II become enemies? The authors argue that the Cold War controversy could have been avoided, or at least mitigated, had the sides been guided by healthy pragmatism instead of ideology and megalomania.

Contradictory relations between the superpowers, regional wars and conflicts, and the scramble to escape a nuclear Holocaust—all of this reads sometimes as a good detective story. Perestroika and Glasnost, useful as they might be, came too late to radically improve the poisonous atmosphere of enmity in East-West relations. The end of the Cold War did not mean the end of rivalry. Good will in this case did not guarantee good outcomes. As civilizational, cultural, personal and religious contradictions begin to replace economic and social divides, we need to be fully aware of our past if we are to do our best to resolve these issues.

William C. Wohlforth is the Daniel Webster Professor at Dartmouth College, USA, where he teaches in the Department of Government. Before coming to Dartmouth, he taught at Princeton and Georgetown Universities, USA. He is the author and editor of nine books and some 60 articles and chapters.

Boris F. Martynov is Professor and Chair of the Department of International Relations and Foreign Policy of Russia at MGIMO University, Russia. From 1999 to 2016, he served as a Deputy Director at the Institute of Latin American Studies of the Russian Academy of Sciences. He has authored ten books and over 100 articles.

“With these volumes, the editors have produced a comprehensive survey of the intersection of international relations and Russian/Soviet foreign policy since 1815. Funded by the Russian Foreign Ministry, the work synthesizes the undergraduate pedagogy of the first-rate Moscow State Institute of International Relations (MGIMO) and sheds very interesting light on the study of international relations in contemporary Russia. In effect, the two volumes constitute an introductory text for MGIMO’s students. Each chapter includes at the end a list of questions that instructors might pose to students, as well as suggested readings in Russian and West European languages (mainly English); these readings, in their entirety, comprise the bulk of work that should form the core of any initial approach to international studies. […] The level of scholarship and historical judgment that the Russian professors exercise in the two volumes is, as a rule, quite high and defensible. Alexander V. Reviakin’s treatment of nineteenth-century European diplomacy calls to mind Jean-Baptiste Duroselle’s classic 1964 work, L’Europe de 1815 à nos jours: vie politique et relations internationales and A. J. P. Taylor’s Struggle for the Mastery of Europe (1954). Nadezhda E. Kleimanova and Andrei Sidorov’s recounting of the fate of the Versailles system is obviously influenced by E. H. Carr’s The Twenty Years’ Crisis, 1919–1939 (1939); their dissection of the path to the Hitler-Stalin pact of August 1939 is at least equal to that done by Michael J. Carley in his book, The Alliance that Never Was and the Coming of World War II (2000). Dubinin, who wrote seven chapters in volume 2, should be singled out for praise. His analysis of the course of the Cold War in its second half is sharp and he spares little sympathy for late Soviet foreign and national security policy. His analyses of the economic crisis of European communism, of the role and fate of arms control in Soviet-American relations, of the origins and consequences of Gorbachev’s new thinking, as well as the costs of ideology in Soviet foreign policy are required reading for scholars and students alike.”
Allen C. Lynch
University of Virginia; The Russian Review, Vol. 79, No. 4, October 2020