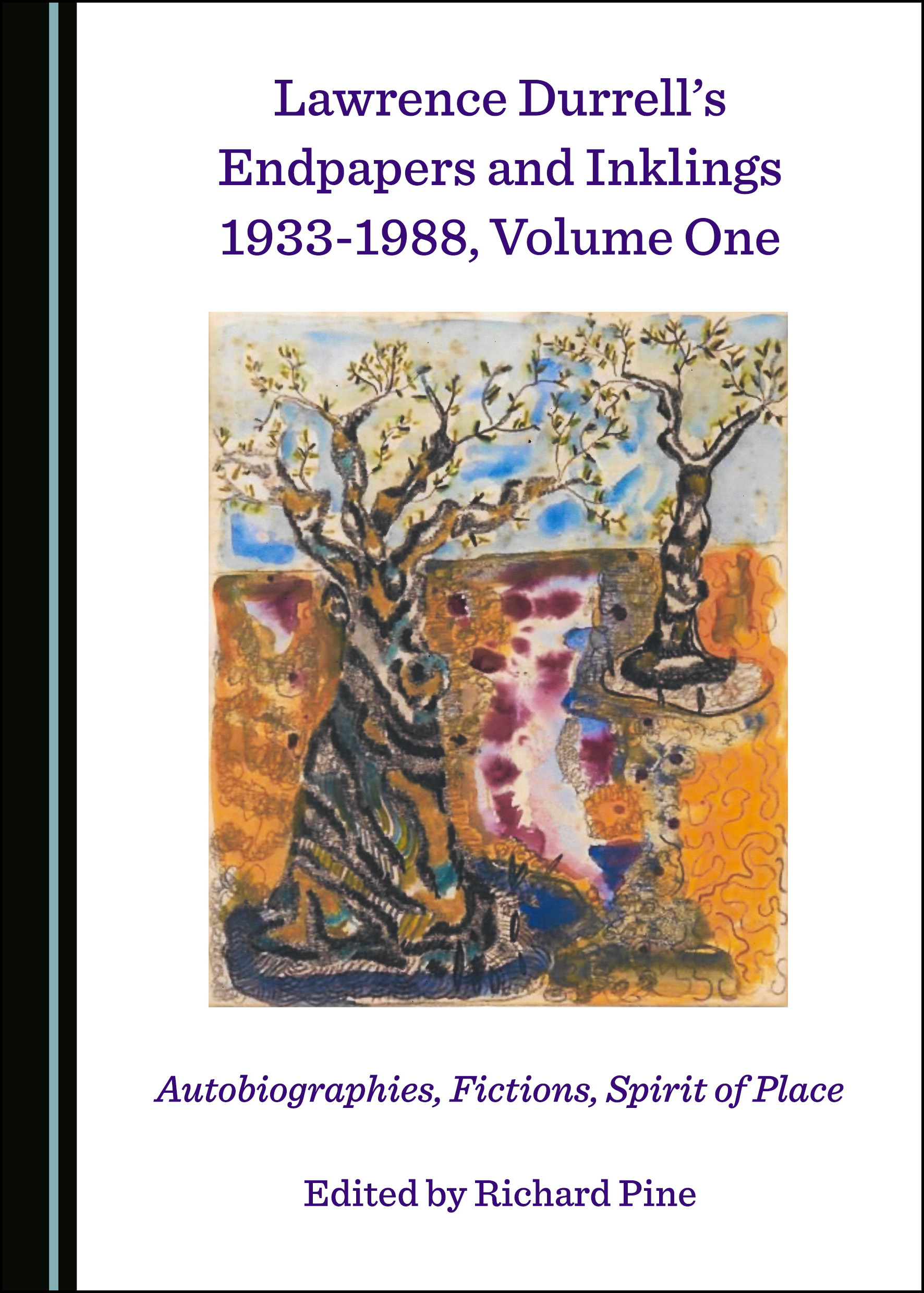 This volume is a collection of Lawrence Durrell’s prose writings from his earliest years until shortly before his death. It is illustrated with photographs, cartoons by This unique collection of work by Lawrence Durrell brings together a vast range of unpublished and ephemeral material spanning his entire writing career, illustrating the diversity, candour, depth of interests and humanity, humour, philosophical imagination and critical and aesthetic vision of one of the twentieth century’s leading poets and novelists.

Illustrated throughout with photographs, cartoons by Lawrence and Nancy Durrell, manuscript notes by Durrell and memorabilia, Lawrence Durrell’s Endpapers and Inklings 1933-1988 provides the general reader, the specialist and the book collector with an unprecedented insight into Durrell’s creativity and literary craftsmanship.

This volume contains: “Durrell on Durrell” (the writer’s autobiographical essays); “The Artist's Eye” (detailing Durrell’s interest in the visual arts); and “Fictions”, including the unpublished The Magnetic Island and the unfinished novel “Sappho”. It also encompasses “Durrell at War” (letters and essays relating to World War 2) and “Spirit of Place” (essays and prefaces including a deleted chapter from Reflections on a Marine Venus, an account of a 1949 duty trip through Tito’s Yugoslavia, and in-depth surveys of the Cyprus situation in the 1950s).

Richard Pine is Director of the Durrell Library of Corfu, and author of Lawrence Durrell: The Mindscape. He has previously edited Lawrence Durrell’s novels Judith and The Placebo. His numerous publications include The Diviner: The Art of Brian Friel (1999), The Disappointed Bridge: Ireland and the Post-Colonial World (2014), Greece through Irish Eyes (2015), and The Minor Mythologies as Popular Literature: A Student’s Guide to Texts and Films (2018). He is a columnist for The Irish Times and Kathimerini, an obituarist for The Guardian, and editor of the online C.20 – an international journal.

“To all those who thought they were done with Lawrence Durrell after having fallen in love reading The Alexandria Quartet, gone hitchhiking on Cyprus with Bitter Lemons tucked in their rucksack, and laughed with The Durrells in Corfu (Christopher Hall, ITV comedy-drama, 2016-2019), Richard Pine proves that they were rash and careless: “it is […] only a beginning” (Prospero’s Cell, Faber, 1962, 17). The two thick volumes of Lawrence Durrell’s Endpapers and Inklings 1933-1988 soon convince the reader that there is more than first meets the eye in this protean writer who not only produced accomplished works of art in every genre (novels, island books, essays, plays and poems) but whose lesser-known and unpublished writings reveal an enquiring, alert and anxious mind that never ceased to roam the world in a desperate attempt to “find out where [he] fit in the universe” (vol 1, 411). Richard Pine’s endeavour to arouse our interest in a man who from the start “was never native to anywhere” (vol 1, xiv) and finally succeeded in making himself heard from elsewhere is thoroughly rewarded. […] The variety of texts chosen by Pine highlights the vast scope of Durrell’s interests and experiences as well as his delightful sense of humour. […] Opting for a thematic perspective that highlights meetings and departures, landscapes and people, and the labile frontiers between styles, tones and genres, Pine offers us a medley of texts in what purports to be “not an ‘academic’” work (vol 1, xviiii) […] Pine’s publication adopts a broader perspective that endeavours to leave no stone unturned by including Durrell’s “various hands […] mite, obs or inks” (Caesar’s Vast Ghost, London: Faber, 1990, 15). In the constant shuttling between unpublished and published yet lesser-known texts, between people, times and places, Pine confirms Durrell’s status as a rebellious artist who, out of choice and by necessity, adopted a minority position, constantly fighting out from a marginal, tight corner in order to redefine the space and alter the contours of English literature.”
Isabelle Keller-Privat
President, International Lawrence Durrell Society; Miranda, 2020