Home / Buy A Book / Social Sciences / The Unknowable in Literature and Material Culture: Essays in Honour of Clive Thomson

The Unknowable in Literature and Material Culture: Essays in Honour of Clive Thomson 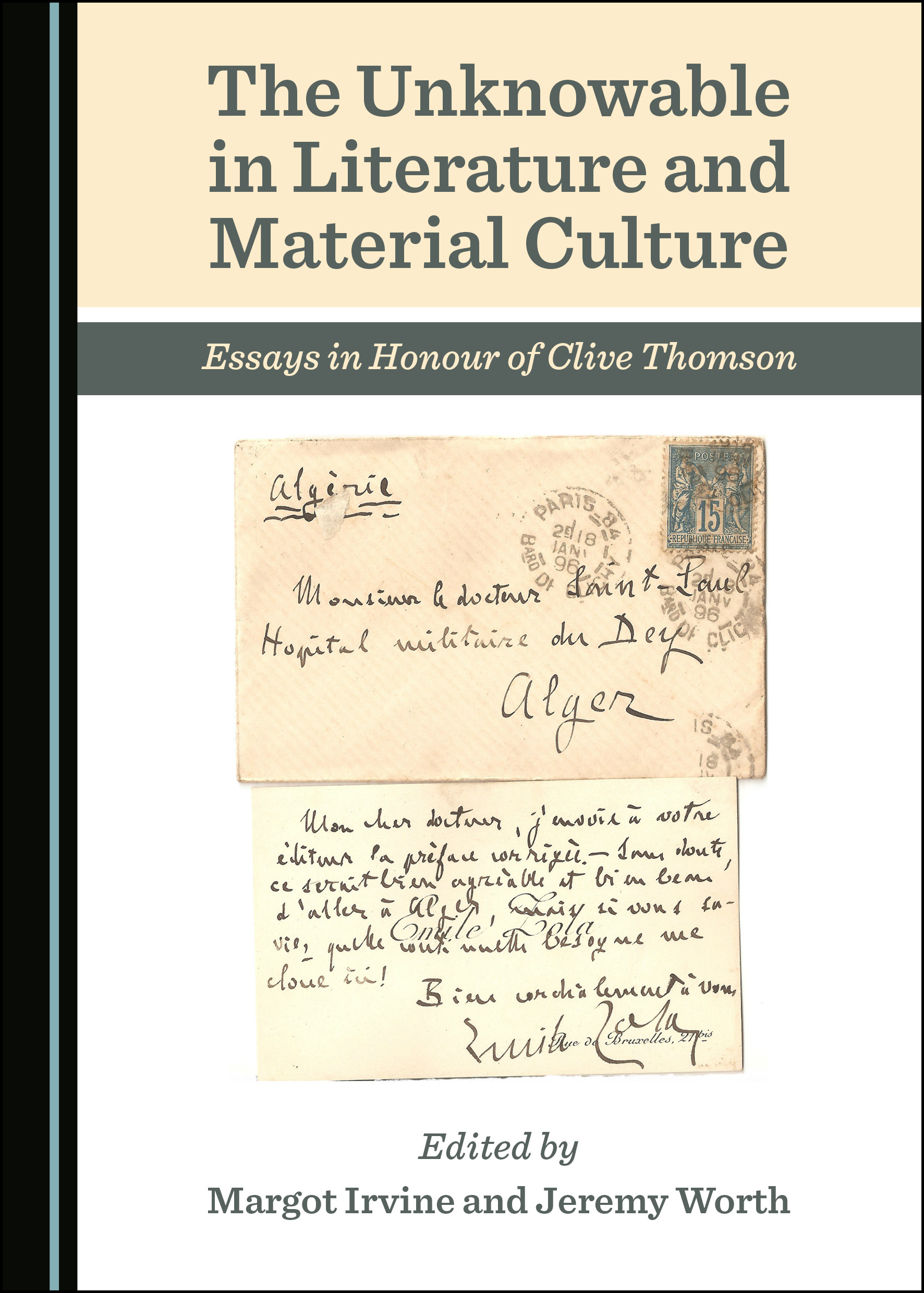 Literature strives to interpret and explain the unknown, and to propose ways in which to engage with it—even if, at least initially, these keys exist only in the realm of the imagination. This is one of the many important qualities that draw us to study literature, and to marvel at the creative understandings that it offers. However, many questions call for further exploration: how does something “unknowable”, unspeakable, become a subject that can be examined and debated? How have literary and scientific communities entered into the dialogue and exchange that are crucial to the consolidation of knowledge? By what processes can we come to know and understand that which remains hidden, undocumented, unspoken, poorly understood: the memories, secrets, “unknowable” and “unspeakable” truths of public and private human lives?

Inspired by questions such as these, the contributors to this volume reflect on fin de siècle discourses around homosexuality and sexual “inversion”, on Émile Zola as seeker of concealed truths and figure of scandal, on the modes and crises of representing human experience in literary and visual forms, and on the dialogic space between self and other.

Margot Irvine is the Director of the School of Languages and Literatures at the University of Guelph, Canada. She is the author of Pour suivre un époux: les récits de voyage de couples au dix-neuvième siècle français (2008). With Karin Schwerdtner and Geneviève De Viveiros, she edited Risques et regrets. Les dangers de l’écriture épistolaire (2015) and, with Frédérique Arroyas, she is co-founder and co-editor-in-chief of the journal Nouvelle Revue Synergies Canada.

Jeremy Worth is an Associate Professor of French Studies at the University of Windsor, Canada. A former secretary of the Association canadienne des études francophones du XIXe siècle (ACÉF 19), he serves as Communications Director of the Association internationale Zola et Naturalisme (AIZEN) and is an editorial committee member for the journals Excavatio and Nouvelle Revue Synergies Canada. He has also published articles and book chapters on Zola’s novels and letters.