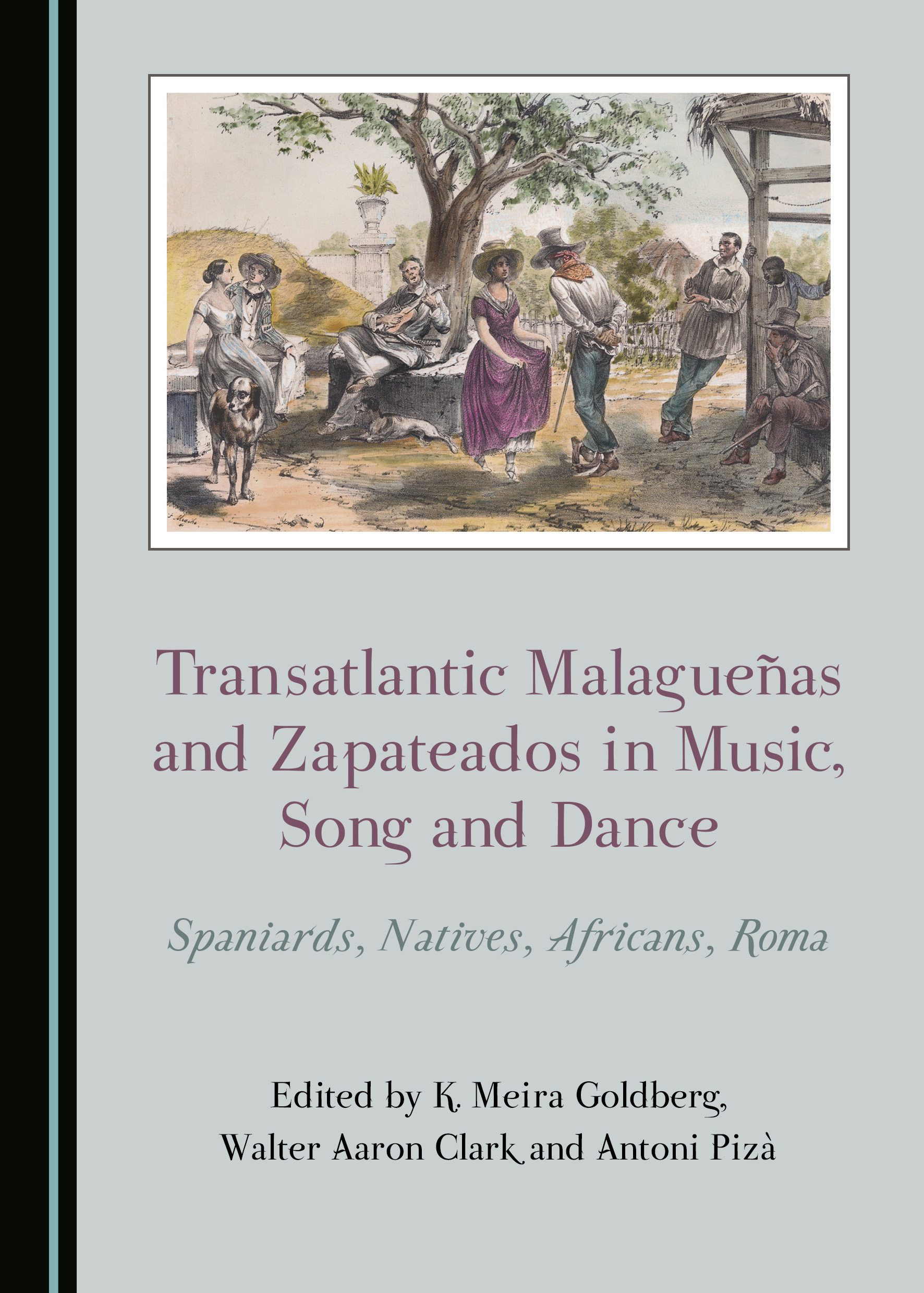 Transatlantic Malagueñas and Zapateados is an exploration of two fandango dances, recording the circulations of people, imagery, music, and dance across what were once the Spanish and Portuguese Empires. Although these dance-musics seem to be mirror images, the unbreachable space between them reflects the political fault-lines along which nineteenth-century musical populism and folkloric nationalism extend into present-day debates about globalization, immigration, neoliberalism, and neofascism. If malagueñas are a fantastic incarnation of Spanishness, caught like a fly in amber by their anachronistic references to a fraught imperial past, noisy and raucous zapateado dances cut toward the future. Inherently marked by European conventions of zapatos (shoes), zapateados are nonetheless shaped by Africanist and Native American footwork traditions. In these Afro-Indigenous mestizajes, not only are European aesthetic values reordered and resignified, but the Catholic catechism which indoctrinated the New World yields to alternate spiritual systems springing out of a culture of resistance to European domination.

K. Meira Goldberg teaches at Fashion Institute of Technology and is Scholar-in-Residence at the Foundation for Iberian Music at the CUNY Grad Center. She co-edited Flamenco on the Global Stage: Historical, Critical and Theoretical Perspectives (2015) and The Global Reach of the Fandango in Music, Song and Dance: Spaniards, Indians, Africans and Gypsies (2016), and authored Sonidos Negros: On the Blackness of Flamenco (2019).

Walter Aaron Clark is Distinguished Professor of Musicology at the University of California, USA, where he directs the Center for Iberian and Latin American Music. He has authored Isaac Albéniz: Portrait of a Romantic (1999), Enrique Granados: Poet of the Piano (2006), and Los Romeros: Royal Family of the Spanish Guitar (2018).

Antoni Pizà has taught Music History at Hofstra University, the City College, John Jay College of the City University of New York (all in the USA), and the Conservatory of Music and Dance in Palma de Mallorca, Spain. He is currently the Director of the Foundation for Iberian Music at the Barry S. Brook Center for Music Research and Documentation of the Graduate Center, USA. He has authored and co-edited numerous books in English, Spanish and Catalan.