A Transformation Journey to Creative and Alternative Planetary Futures 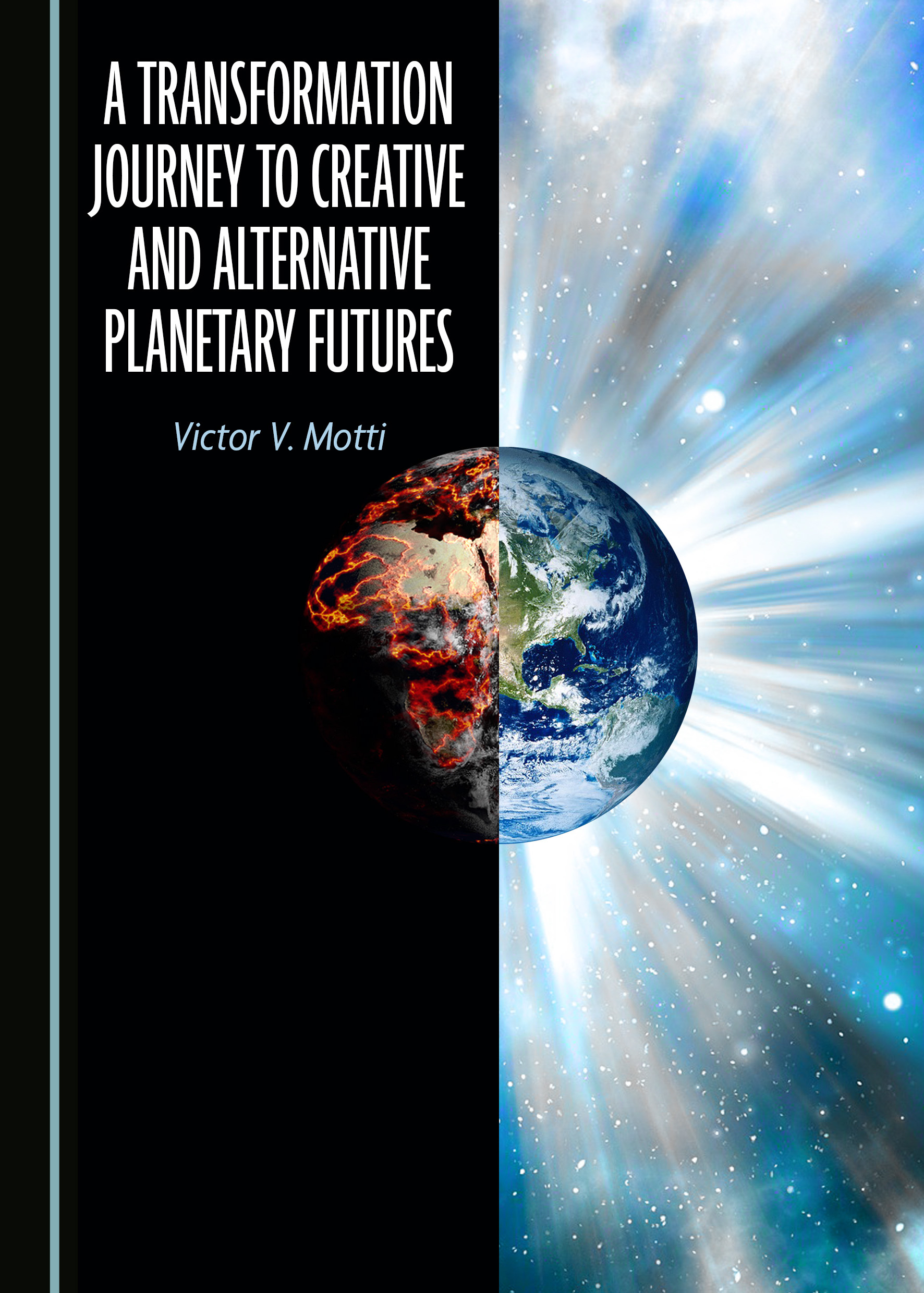 This book presents a counter-trend against nationalism, religious extremism, xenophobia, and racism. It advocates an alternative globalization based not on trade, the economy, and politics, but on humanity’s transcendence to a collective consciousness. Inspired by a pantheist worldview, it applies an integral perspective toward strategic foresight and anticipation on the planetary scale. Controversial, disappearing, and emerging binary oppositions are explained within the framework of the mythology of the Lord of Wisdom versus the Ignorant Mind. It shows that our anticipatory planetary era might be characterized by the acknowledgement of our “zero knowledge”, as measured in the ocean of all disciplines; zero carbon for energy; zero war in politics and zero killing in society; zero conscious beings excluded; and zero existence (as we have known it), as humanity merges into some higher and enriched complexity.

Victor V. Motti is Director of the World Futures Studies Federation (WFSF), the foremost independent body for futures studies scholarship. Based in the Middle East, he is conversant in English, Arabic, Persian, and Italian and is an international writer, speaker, and foresight consultant. His article “Sources of Futures Studies from Foresight to Anticipation” appears in the Handbook of Anticipation (2017). In 2016 and 2017, he joined a select international panel of futurists from developed and developing countries in North Africa to explore key transitions at global and regional levels for the 2030 and 2050 horizons. In 2016, he lectured in Europe on futures studies in the Middle East and North Africa, based on a paper he had written for the World Future Review.

“The main contribution of the book to futures studies is to continue the move beyond an exclusively North American and Euro-centric perspective and to view the future through, in this case, a more Middle-Eastern viewpoint most notably Zoroastrian. This is particularly the case with its take on the future of Asia […] The voice of the author is present in the use of the first person and in various comments on events and authors which gives the monograph a more intimate and less academic point of access. As such a reader seeking a wider perspective on futures studies should enjoy their potentially transformative journey to explore Motti’s planetary futures.”
Bob Frame
University of Canterbury New Zealand; Journal of Tourism Futures, Vol. 6 No. 1 (2020)

"Victor V. Motti has a new book out exploring the many future pathways for humans. When you go on a Transformation Journey with Victor, you are taken on a paradigm-blasting path that is poetic and technical, soberingly realistic and deeply hopeful."

"Victor Motti is equally conversant in Middle Eastern thought and Western science, weaving them together in a planetary informed and inspired approach to the future."

Dr. Thomas Lombardo, Director of the Center for Future Consciousness

“One appealing aspect of the book is its author’s willingness to explore the concept of futures in other cultures (and languages besides English) as an active step toward making the “planetary” element of the title meaningful. The range of Middle Eastern and other attitudes are quite interesting and add value to the discussions. […] The book closes with a discussion of foresight approaches to the modeling of complex systems, with a broad range of model examples. This is a strength evident throughout the book, where sections addressing foresight projects under discussion are often illuminated with charts and the relevant formulas used in their calculations. All in all, this is a very strong and informative book.”
Timothy C. Mack
Managing Principal, AAI Foresight Inc.; former President, World Future Society

“Victor Motti’s book, A Transformation Journey to Creative and Alternative Planetary Futures, embodies a heartfelt plea for the creation of a planetary-wide consciousness, which the author (probably quite rightly) believes is our best hope for surviving and thriving given the issues we face, especially the existential and demonstrably planet-wide ones, such as the climate crisis. […] The sheer breadth of Motti’s knowledge and subject matter dazzles, producing a somewhat hallucinatory effect as you navigate a book which encompasses, as a brief list of what’s on the menu, Persian mythology, Sufi Mysticism, systems thinking and a consideration of how even the tiniest nuances of different language can affect our capacity to [grasp] specific concepts. […] I am not able, in the space or time available to me, to do much more than scratch the surface of what is contained in this book. Read it. Open your eyes to a greater and more dazzling array of potential futures than your ever thought possible.”
Sarah Le-Fevre
Ludogogy Magazine