Home / Buy A Book / Social Sciences / To Write as a Boxer: Disability and Resignification in the Text A South African Boxer in Britain

To Write as a Boxer: Disability and Resignification in the Text A South African Boxer in Britain 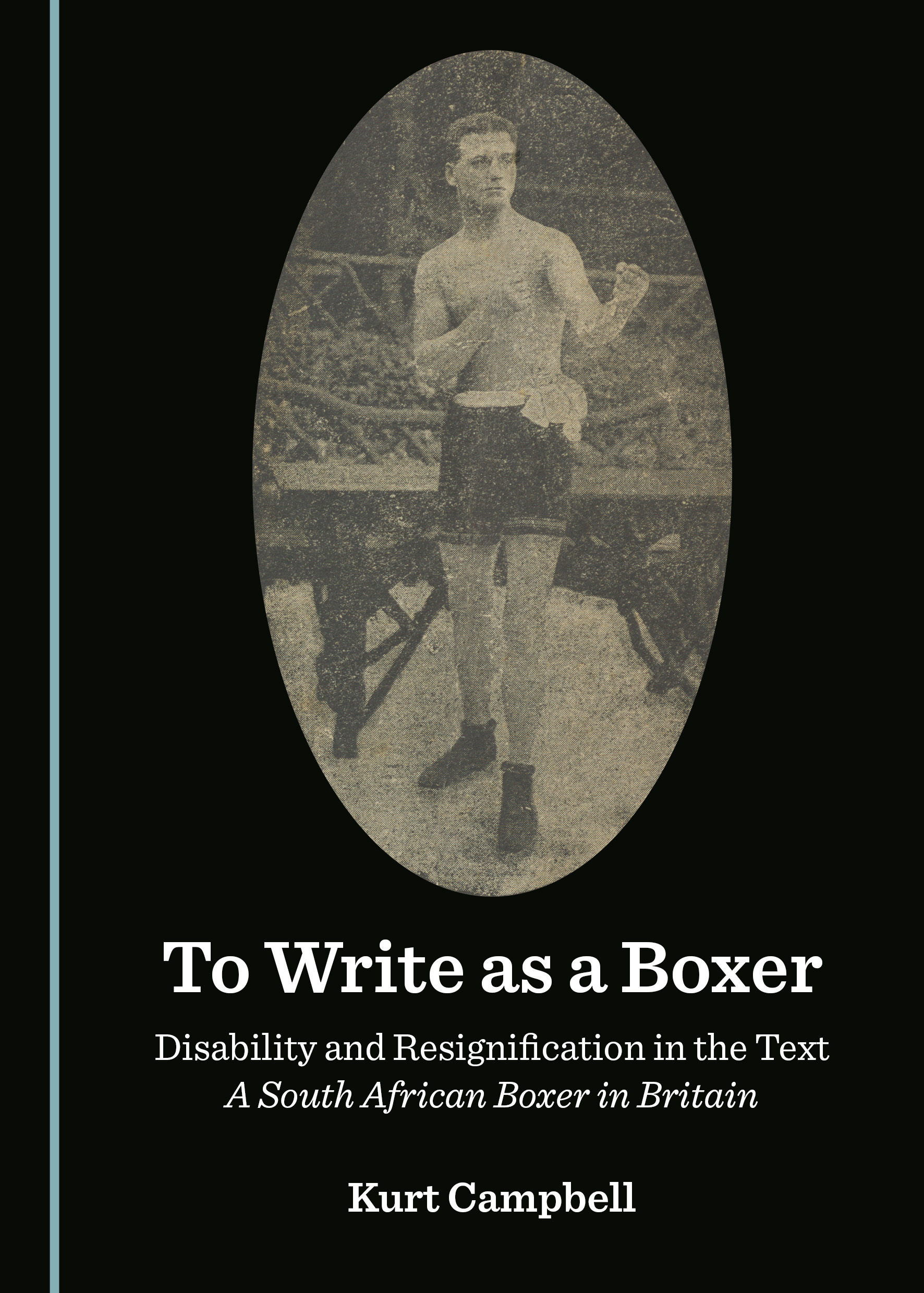 This book recuperates the narrative of Andrew Jeptha, a Cape Town-born boxer who was the first black fighter to win a British welterweight title in 1907. As a result of that victory, Jeptha was permanently blinded, and took to preparing a book titled A South African Boxer in Britain (1910). This volume explores the relationship between the life of a pugilist and his textual production, and locates the complex negotiations of a pugilist by situating Jeptha in a larger arc of the ‘care of the self’, extending from Greco-Roman aesthetics to the present. In the process, it investigates the strategies of care that were integral to opposing, confronting and living in the increasingly racialised world of the early 1900s.

Dr Kurt Campbell currently works as an artist, curator and academic writer at the Michaelis School of Fine Art at the University of Cape Town. The conceptual frameworks of his research often engage the post-apartheid, post-colonial space of social and aesthetic ideation in South Africa. He is a past recipient of the Harvard University Mandela Fellowship at the Hutchins Centre for African and African American Studies and the University of Minnesota Mellon Fellowship at the Interdisciplinary Centre for the Study of Global Change.

“From the Stoics to Mohammed Ali, boxing has served as a gladiatorial struggle between embodiment and transcendence, savagery and poetry, exploitation and self-creation. All this is strikingly evident in Campbell’s enthralling story of Andrew Jeptha, a black South African fighter who became British welterweight champion in 1907, and—when blinded in the ring—turned to writing as means to escape the wounds of disability, race, and the limiting norms of his world. Campbell offers us a work of uncommon insight and imagination.”
Jean Comaroff
Alfred North Whitehead Professor of African and African American Studies and of Anthropology; Oppenheimer Research Fellow, Harvard University

“A blinded South African boxer’s text serves as a muse for Kurt Campbell in this book, where he crafts a remarkable narrative. With the eye of an aesthete and the skill of a meticulous scholar, showing finesse and detail, he gathers unusual material and arguments around the text. […] This book is a visceral experience of body and emotion expressed in a pugilist’s life-story, embedded in an archive of racism in early 20th century England—it is also an ideational experience of sophisticated argument and unexpected insight. Not just about the tenacity and vulnerability of the body in sport, and certainly not about another rendition of identity politics and racism, this book is about how we must, in our times, understand the possibility of life despite corporeal damage and humiliated identity.”
Yasmeen Arif
Associate Professor of Sociology, Delhi School of Economics, University of Delhi

“Campbell’s book is a contribution to a growing literature on boxing in South Africa as well as to research on men and masculinity. […] Campbell has written a complex and fascinating book. His willingness to make a bold argument and revisit a rare historical text will interest historians and scholars of the subaltern, leisure, and sport studies.”
Robert Morrell
University of Cape Town; South African Historical Journal, 2021