The New Gendered Plundering of Africa: Nigerian Prostitution in Italy 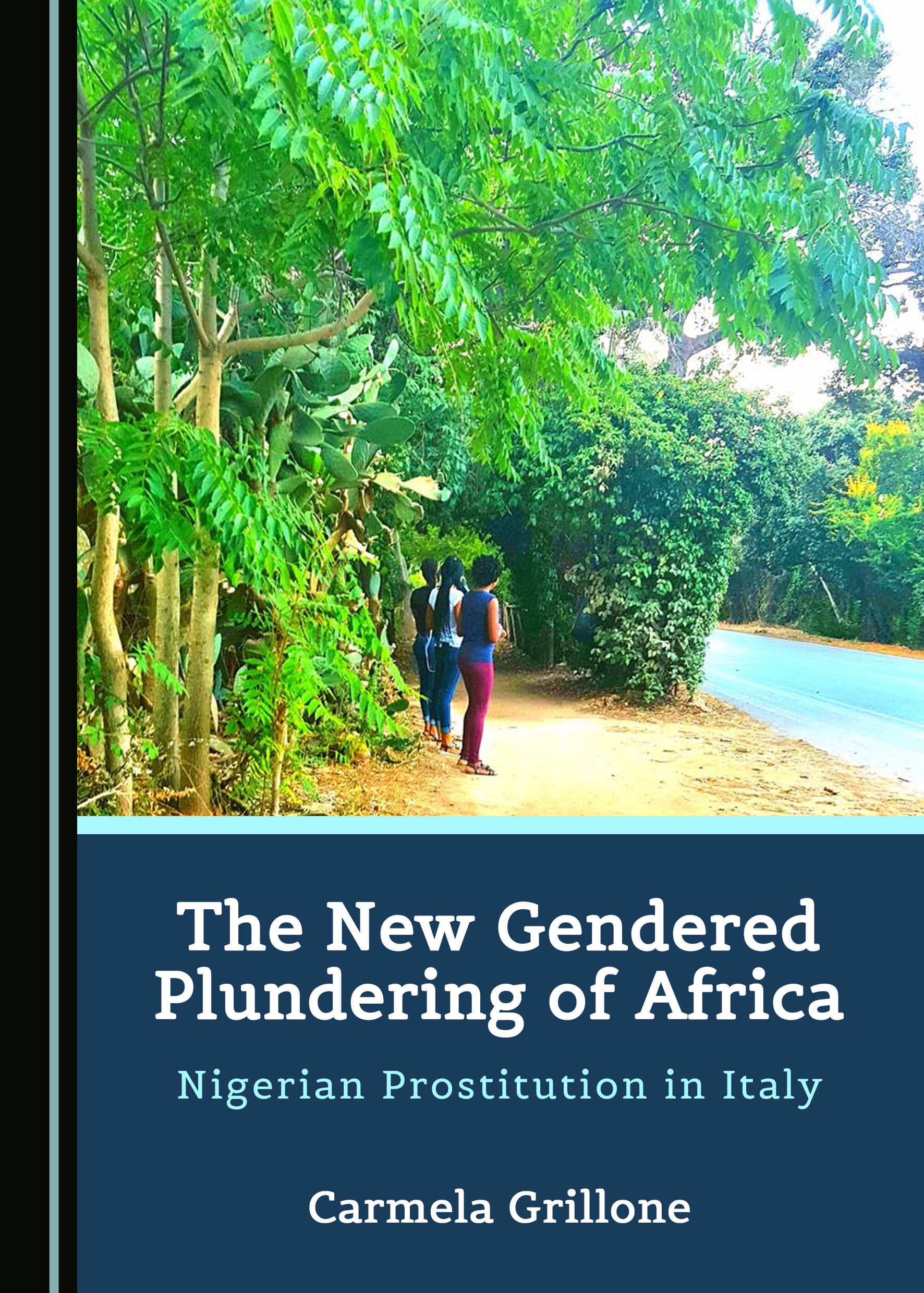 This ethnographic study on Nigerian street prostitution in Italy transforms the understanding of the phenomenon of prostitution, questions the impact of European and Italian migration and prostitution laws on human rights, and investigates the legal, political and socio-economic conditions that create a permissive environment for trafficking.

Precious first-person accounts by Nigerian women give a privileged perspective on tortures and inhumane treatment prevalent in the migratory route from Africa to the European “promised land”, culminating in the daily experience of self-destruction in Italy. Neither the Palermo Protocol nor the current European, Italian and Nigerian prosecution and protection policies, still based on gender-imbalanced philosophies, are able to restore the requisite freedom and rights.

This book is the result of research mainly conducted in the migration landmarks of the Sicilian capital: namely, the port, nightlife streets, refugee camps, hospitals, African churches, Nigerian ghettos, and the prison. Sicily, the world capital of the mafia, is the main European docking area of the current African migration wave and represents the geopolitical middle-ground between the opulent and the plundered world.

Carmela Grillone holds a PhD in Human Rights from the University of Palermo and a Master’s degree in International Development from the University of Bologna. Her interest in international criminology resulted from the killing of a member of her family: the anti-mafia police officer Ninni Cassarà, brutally murdered during the “Years of Lead”. After having served as an international development worker in the UN and in NGOs for over a decade in the peripheries of the world (Africa, America, Asia), she is now a teacher, a human rights activist involved in various activities in the peripheries of Palermo, and a legal guardian of unaccompanied migrant children.

“This important book is extraordinary, expertly written, and unique. It provides actual case histories of trafficked women, with their own words, experiences, and heart-felt realities. The book analyzes the reasons these Nigerian women took the risks to come to Italy, and how they were entrapped and sex trafficked into prostitution. Carmela Grillone also examines international human rights law on trafficking, as well as corruption, illegality, and human slavery dimensions. […] The New Gendered Plundering of Africa: Nigeria Prostitution in Italy, provides rare insights, an in-depth lens, and analysis of this tragic exploitation of trafficked women from Nigeria to Italy.
Lois A. Herman
Founder and Managing Director, Women’s UN Report Network

“With both personal accounts and research data, Grillone’s book powerfully documents the enslavement of vulnerable women in the business of sexual exploitation—prostitution. This book is a must-read if you want to understand how human rights abuse unfolds—via poverty, racism and colonialism, sexism, the complicity of government officials and organized criminals, and ineffective laws on prostitution and migration. Grillone seeks social justice for the women she writes about. The book is an inspiration for activists and academics alike.”
Dr Melissa Farley
Founder and Director, Prostitution Research and Education, USA

“This book deals with a particularly complex and sensitive topic—transnational trafficking for sexual exploitation. In a bold and ambitious move, the author decided to opt for an ethnographic approach, allowing her participant observation and deep immersion. This required expert research skills and high ethical standards, but it certainly paid off. The book is empirically very rich, with fine details and contextual evidence that retain the ‘human person’ at their core.”
Dr Daniela DeBono
Senior Lecturer and Researcher, Institute of Migration, Diversity and Welfare, Malmö University, Sweden