Home / Buy A Book / Social Sciences / Swindlers All, a Brief History of Government Business Frauds from Alexander Hamilton to AIG

Swindlers All, a Brief History of Government Business Frauds from Alexander Hamilton to AIG 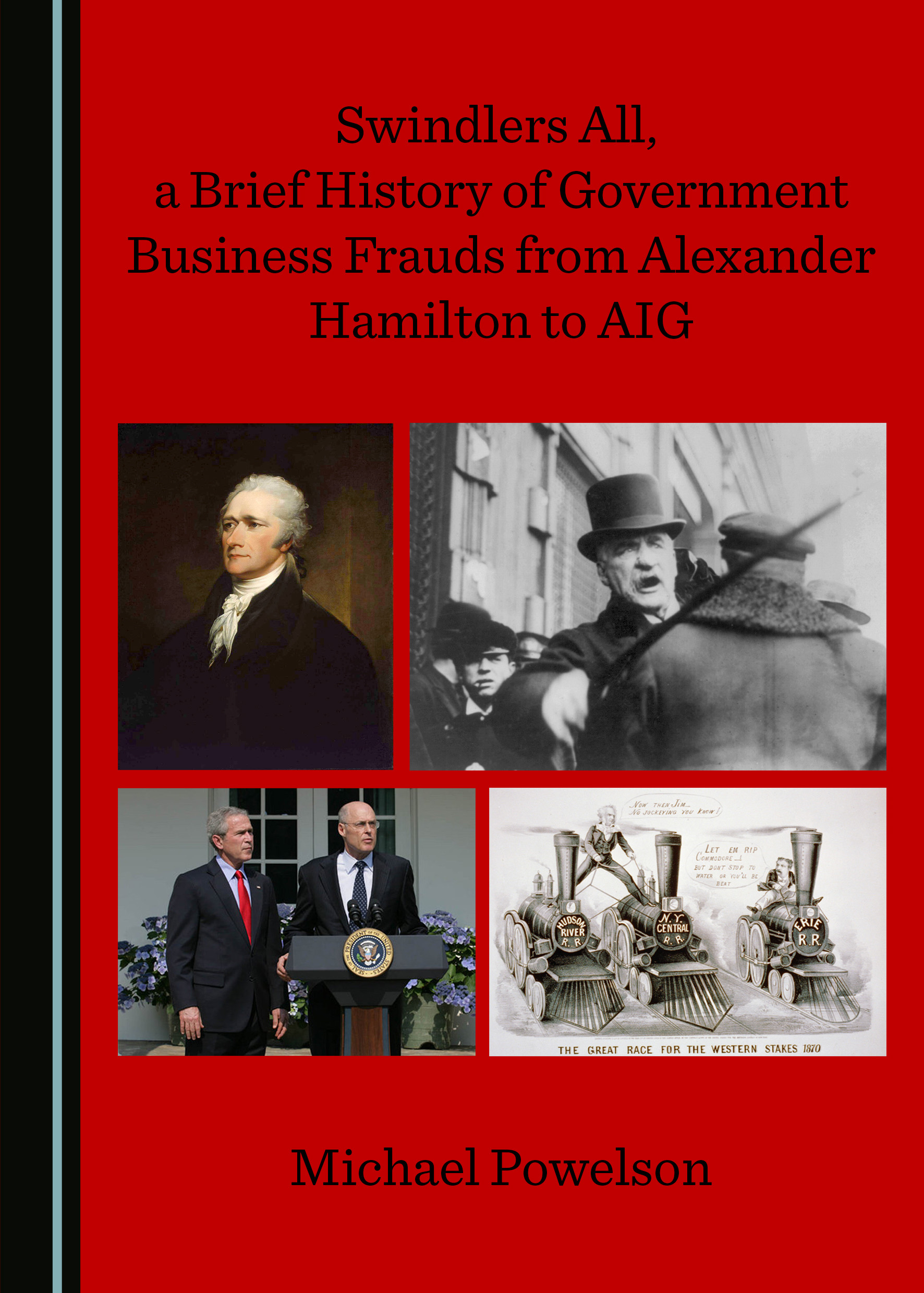 In the wake of the Great Recession of 2007-2008, millions of hardworking Americans lost their jobs and their homes, their retirements, and their income. However, the corporations that caused the Great Recession lost nothing and were, in fact, given trillions of dollars by the government in an unprecedented financial bailout. While over 16 trillion dollars went missing, not a single Wall Street executive was punished or even charged with a crime.

This book chronicles some of the government and business frauds carried out throughout US history. These swindles were carried out by such “Founders” as Alexander Hamilton, George Washington, James Madison and Thomas Jefferson. Corruption was also at the core of the Andrew Jackson administration and played a key role in perpetrating the Panic of 1837, and government and business fraud was rampant in the construction of both the transcontinental railroad and the Panama Canal. Court rulings granting corporations the status of “legal personage” were part of a broader scam that extended greater constitutional and legal protections to corporations while denying Blacks and workers their own constitutional and legal rights. Government and business frauds of the 1920s played a prominent role in spawning the Great Depression of 1929, while funding and provisioning the US military has always been inundated with a wide variety of scams. In the early 1990s, government and business scams resulted in the collapse of the savings and loan industry, while the frauds of the early 21st century resulted in the Great Recession of 2007-2008. Today, all of the factors are in place to lead to yet another depression/recession which will be followed inevitably by a massive government bailout of banks and corporations.

Michael Powelson received his Bachelors and Master’s degrees from Tulane University and his PhD in History from Columbia University. He has taught at a variety of colleges, including Xavier University, Baruch College, and Florida State University in the USA and Omsk State University in Russia. He is currently an Adjunct History Professor at California State University-Channel Islands and at Los Angeles Valley College. Trained as a Latin American historian, he also teaches US history courses as well as the “History of Business and Economics in North America.”